In this week's free papers 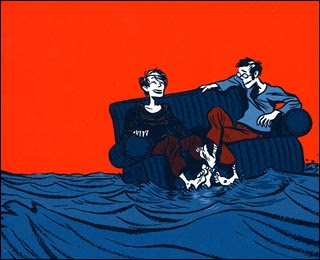 The City Paper has a surprise review of Frederik Peeters' Blue Pill, in which he discusses having AIDS. The online version is shaky now, but pick up the paper or try the link later.

Also, the Onion has its best comics list - six in the newspaper and more online. See "The Best Comics Of 2007," by Noel Murray, Keith Phipps, Tasha Robinson, Onion January 3, 2008.
Posted by Mike Rhode at 7:19 PM