I, along with some friends, got a tour of the new exhibit at Geppi's Entertainment Museum which opens at the end of January. Curator Arnold and Registrar Andy kindly took us through the whole museum. I'll post more thoughts later, but here's the pictures. As I've said before, it's a cool museum, and there's a lot of Barks originals here that none of us would see any place else. And for fun, a Happy Hooligan toy where the cops beat on him as it rolls and an ad by Winsor McCay in a section not open to the public. The Museum's closed on Monday's during the winter, so watch out for that, but it's well worth seeing. Steve Geppi's got a collection to envy.

Larger versions of the pictures can be seen and downloaded on my flickr site. A couple of duck oil paintings. 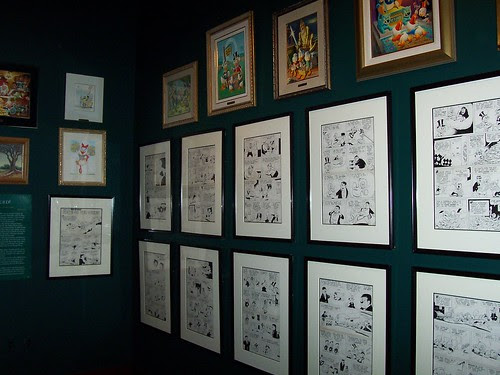 Part of the complete North to the Yukon story that's on display. 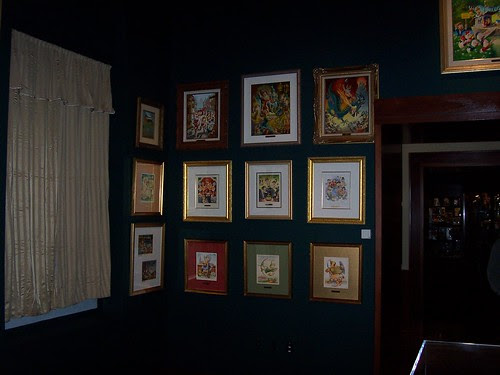 The atypical section with non-Disney Duck watercolors, and some other oddities including a landscape. 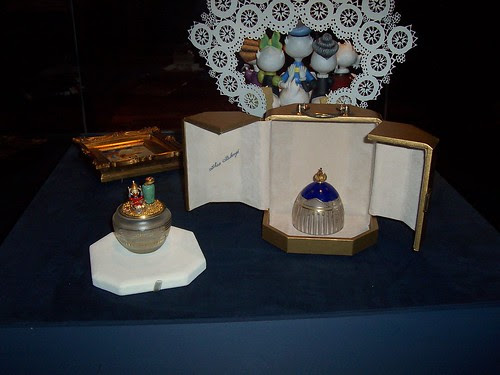 A Faberge egg offered by Another Rainbow. 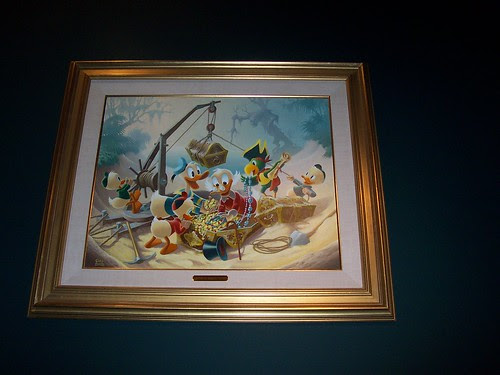 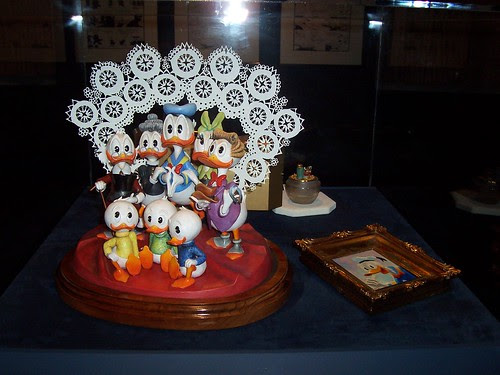 Duck family statue from Another Rainbow. That's an oil of Donald lying next to it. 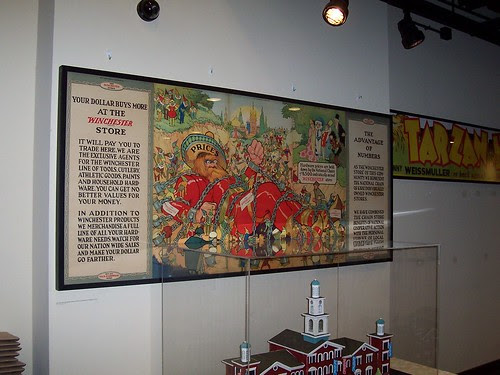 Ah, McCay... This was opposite an original Krazy Kat, but this is all I had eyes for. 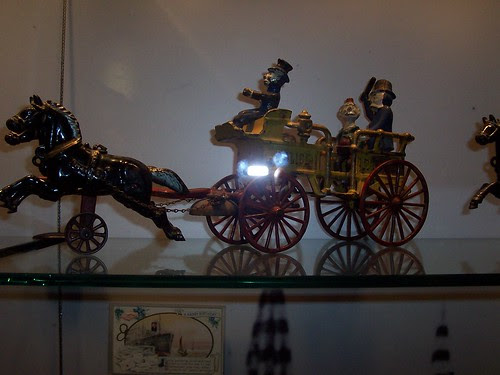 Happy Hooligan gets bopped by the cops when you roll this toy. 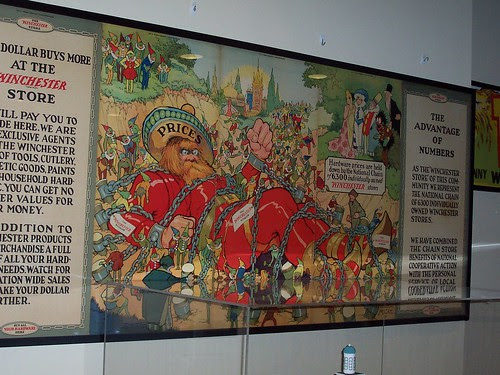 Look at that lovely Winsor McCay ad.
Posted by Mike Rhode at 10:32 PM

Gee, that looks like a fun place to visit! I hope to take the family up there in the near future.

Well, if you had thoughtful stalker fans, they would take you.