Kim Jung Gi embraces Japan and its culture, as shown in "Tempura Bar," right, a felt pen drawing from 2010. (Kim Jung Gi)
Posted by Mike Rhode at 11:16 AM No comments:

Art Way Alliance is hosting an inking workshop with the Stone Branch School of Art (Rockville, Md.) at Geppi's Entertainment Museum in Baltimore Oct. 31 from 2-4pm. "Tips, Tricks & Tools of Inking" for the last day of “Inktober” will demonstrate different types of inking styles, from using standard Micron pens to brush pens and nib pens. 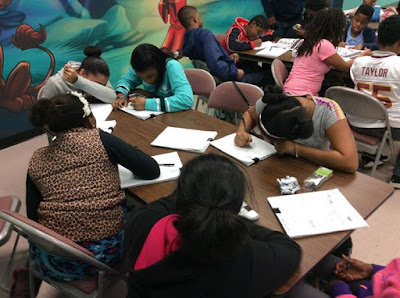 Posted by Matt Dembicki at 12:23 PM No comments:

By Abby Ohlheiser
Washington Post's The Intersect blog October 28 2015
https://www.washingtonpost.com/news/the-intersect/wp/2015/10/28/the-heroic-way-one-cartoonist-responded-when-the-huffington-post-swiped-his-art/
Posted by Mike Rhode at 10:18 AM No comments:

Q&A with Short about 'Captive'

On Sunday, Nov. 1, the team that worked on the recently released historical graphic novel Captive of Friendly Cove: Based on the Secret Journal of John Jewitt (writer Rebecca Goldfield, penciler Mike Short, inker Matt Dembicki [that's me] and colorist Evan Keeling) will talk about the book at Busboys & Poets in Brookland at 6:30 p.m. (There will also be some original art from the book for sale.) Below, Short answers a few questions about working on the book.

Can you briefly describe the process of working with Rebecca on this book? I know there was plenty of back on forth on details, fact-checking and such? 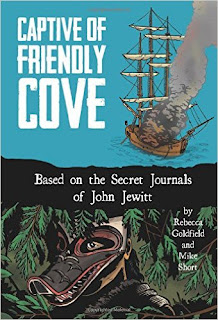 Yeah sure, basically we worked a chapter at a time. I would read through the script and do thumbnails for the 12-14 pages of the chapter. We would discuss the script and the thumbnails and talk about pacing in certain spots or Rebecca would give me comments on panels, composition etc. Once we agreed on the thumbnails, I would go ahead and start doing detailed pencils. Once the pencils were done, we would talk again and make changes if needed.

How taxing was the process to getting certain historical details—such as weapons, tools, masks—nailed down for this book?

It was a challenge but I was pretty geeked up about the historical aspects. And Rebecca was awesome — she had a ton of material for me to use: photos she took on a visit to Nootka island, a bunch of books with historical pictures, paintings and drawings of the Nuu-Chah-Nulth people, clothing, houses and artifacts. So I leaned heavily on that material. Also, of course, the internet is amazing but I also ran into trouble because internet photos can be mislabeled. So anyway, Rebecca and I would get it as close as we could and then Rebecca would share chapters with Richard Inglis — an anthropologist and expert on period and region — who would also give us great feedback on the work. But all in all I learned a ton about the time period and it was all a lot of fun.

What did you particularly like drawing in the book? Anything you disliked?

I loved drawing the whaling scene, the boats, ships and water scenes. The scenes with a lot of people in groups were hard for me. I never know when its OK to abstract and do rough shapes that ‘suggest’ a large group so I end up trying to draw everything.  It can take a while but in the end those panels with the most work are some of the ones I’m most proud of.

This was your first long-form graphic novel. Is it something you enjoyed or do you prefer doing shorter comics?

I did enjoy the long form but it took a long time. I think I worked on it for close to 5 years. Honestly, I think I am too slow for this. I told Rebecca a few weeks ago, If I had to ink, color and letter, I’d still be on chapter 3! So doing this as a team was the only way I could’ve done it — plus Matt and Evan did great work on the book. But yeah, I enjoyed it and I’m really happy that we actually finished it, but there were some cool projects I missed out on because I was, “still working on Captive.” I will say that I am not planning on doing anything this long for a while at least.

I know your still unwinding from completing the book, but do you have anything lined up to work on in the near future?

Yeah, I am working on a "teenager/cabin in the woods” horror/sci-fi comic with Patrick Barb and I plan to submit something to the upcoming D.C. Conspiracy’s Magic Bullet comics newspaper. Other than that, I’m always keeping an eye out for other cool projects that come along. 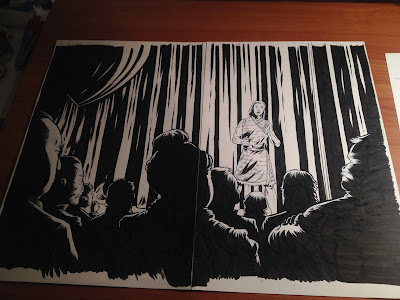 Posted by Matt Dembicki at 8:55 PM No comments:

Liniers in NY Times, and photos from DC's Busboys & Poets 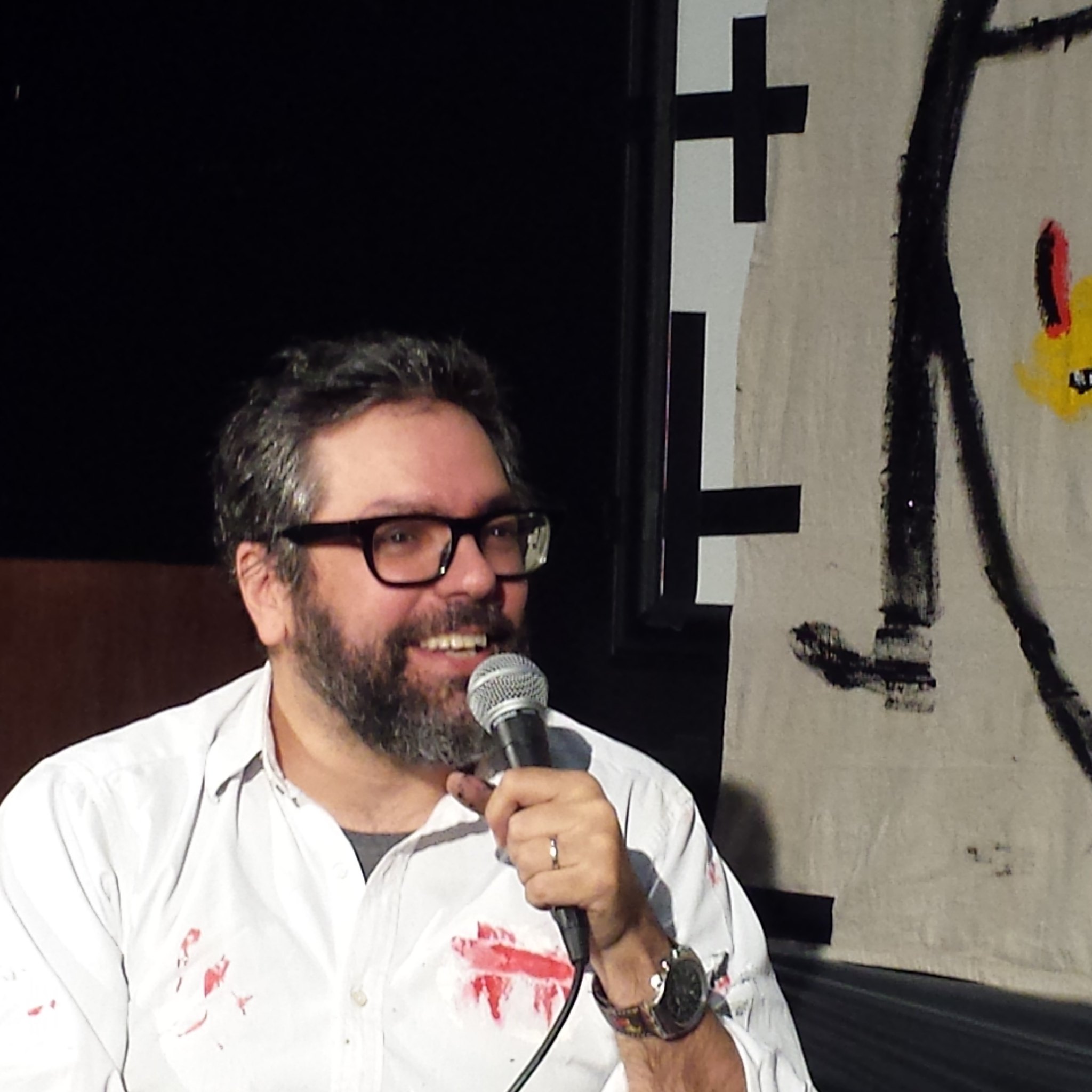 By JONATHAN WOLFE
A version of this article appears in print on October 28, 2015, on page C6 of the New York edition with the headline: An Argentine Cartoonist's Foray Into The New Yorker.
http://www.nytimes.com/2015/10/28/books/argentine-cartoonists-foray-into-the-new-yorker.html
Posted by Mike Rhode at 12:45 PM No comments:

If the item is marked out of stock, it may still be in stock at one of our stores for local pick-up. Please call us at 410-897-0322 to check availability in-store!

Thanks to Bleeding Cool for the original story.

Be prepared for a conversation that will offend or entertain — the Carolyn and Joe Show covers anything and everything involving the lives of two creative minds and beyond. We discuss on the latest art and culture news and feature professional guests including stylists, designers, models, filmmakers, relationship advisors, cosplayers, journalists, and more. If you listen to the Carolyn and Joe Show podcast, you're bonafide! You can listen to the show on iTunes, Stitcher, or online at www.carolynandjoeshow.com.
Posted by Mike Rhode at 11:24 AM No comments:

Art With a Heart non-profit in Baltimore

As a PSA...
... Indigo Comics contributor Ben Robley is a board member for the Baltimore based non-profit, Art With a Heart, and they are putting on the largest fundraiser they have ever had. Ben contributed an article to our site if you want to read more about the organization and the event...
http://www.indigo-comics.com/2015/10/27/support-art-with-a-heart/
-Scott Reichert
--
Indigo Comics
www.indigo-comics.com

Posted by Mike Rhode at 8:37 AM No comments:

Carla Speed McNeil talks with PREVIEWSworld's Vince Brusio about No Mercy from Image Comics and Finder from Dark Horse Comics! Get both comic series now at your local comic shop: http://www.comicshoplocator.com

Posted by Mike Rhode at 8:15 PM No comments:

Posted by Mike Rhode at 5:16 PM No comments: