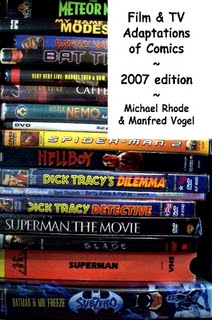 I got the proof copy and reviewed it today, so now Film & TV Adaptations of Comics - 2007 edition by Rhode and Vogel is available for order.