These four posters were from Linkbelt plant in Indianapolis during the war and are owned by a friend of mine who made them available for scanning. Her grandfather saved them. I really like those monkeys. 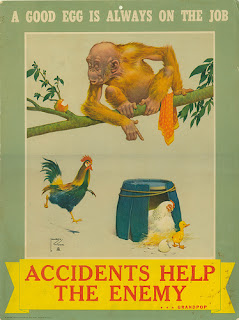 "A Good Egg is Always on the Job: Accidents Help the Enemy ...Grandpop" by Lawson Wood. 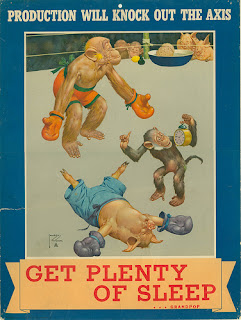 "Production Will Knock Out the Axis: Get Plenty of Sleep ...Grandpop" by Lawson Wood. 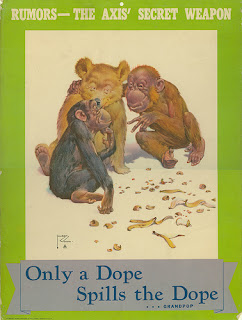 Rumors - The Axis' Secret Weapon: Only a Dope Spills the Dope ...Grandpop" by Lawson Wood. 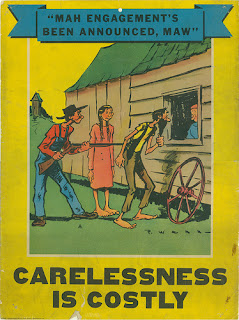