Steve Geppi's collection goes on display at the Library of Congress 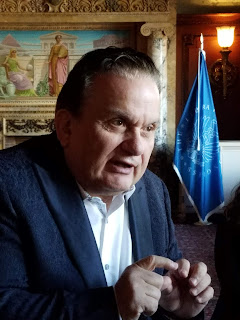 The Library of Congress put a small fraction of items from Steve Geppi's donation on display on Election Day. The timing was probably a coincidence, and not an attempt to remind Americans of their shared love for popular culture including icons Superman, G.I. Joe, Mickey Mouse, Captain America, and Popeye, that brings the country together and drives the economy.

As previously noted here throughout the summer, Geppi's Entertainment Museum (GEM) closed in Baltimore and the Library was offered a choice of items from it. Exhibit director David Mandel introduced Geppi at a press preview, noting "Steve has donated over 3,000 items from his personal collection of comic books and popular art, the largest donation of its kind in the Library's history. The multi-million dollar gift includes comic books, original art, photos, posters, newspapers, buttons, pins, badges and related materials." 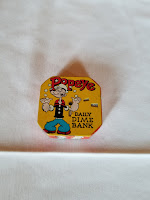 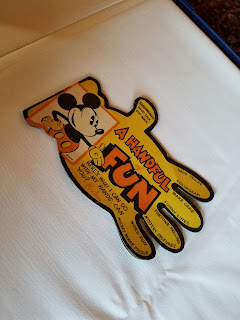 "It is really an honor to donate this collection because quite frankly it belongs here," noted Geppi as began his remarks. He continued, "Going forward this is not a matter of me donating my collection, dropping it off and saying goodbye. I have plans to be involved going forward because who knows what evolves from this one event?" Geppi continually invoked nostalgia and childhood memories as the reason he collected, and that people visited his museum. "We don't know what triggers our memories. And yes, these comic books are valuable, but what the Library of Congress represents is the recognition and acceptance of them as fine art."

2018 is the 90th anniversary of Mickey Mouse, and Geppi owned the storyboards for the cartoon Plane Crazy. "These are the first drawings of Mickey Mouse. in 1927, Walt Disney was on a train with [animator] Ub Iwerks and Lindbergh had just crossed the Atlantic. Walt said, 'You know the whole world is plane crazy right now. We need to do a cartoon short.' Most people when asked what was the first Mickey Mouse cartoon say Steamboat Willie, but that was the first cartoon released. There were two before it. The first one was Plane Crazy. They chose to release Steamboat Willie first because talkies were coming out [and it had whistling and music]. 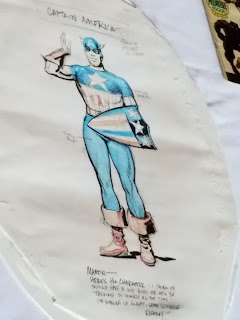 The original art on display for another first appearance is of Captain America. "Martin Goodman, who owned Timely Comics, which is now Marvel Comics, said to Joe Simon, of Simon and Kirby, "Go draw me a character called Captain America." The inscription on the drawing reads, "Martin - Here's the character. I think he should have a kid buddy, or he'll just be talking to himself all the time. I'm working up a script. Send schedule. Regards, Joe." The original model for G.I. Joe, the first action figure is also included in the exhibit's Patriotism case. 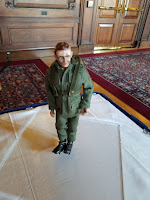 When asked if there's anything he's hoping to find and donate in the future, Geppi said, "In comics and animation, things were thrown away. I doubt seriously that the original art or cover to Action Comics #1 exists, but every time we say that, we find something that no one thought existed. As they say, it's the thrill of the hunt. I think from the Library's perspective, it will encourage more people to donate material that they think belongs. In addition, it will probably spook more stuff out of attics and hopefully whatever ends up here will be the best of the best. I still have a few more secrets that I have yet to give." 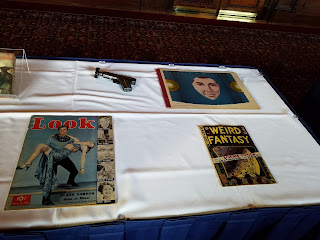 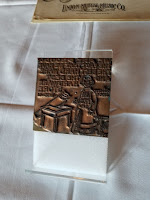 Obviously the entire GEM display, a full museum with multiple galleries, couldn't be replicated in the Library. Initially, five small cases of material are on display in the historic Jefferson building, although Geppi repeatedly mentioned that a room would be forthcoming, presumably similar to the Bob Hope or Gershwin galleries. The cases are organized thematically by Patriotism, Early Comics Materials and Marketing, Mickey Mouse, Exploration, and About the Geppi Entertainment Museum. Early Comics features an 1818 comic magazine, The Idiot, or, Invisible Rambler as well as other nineteenth-century material including a printing block for the Yellow Kid, and oddly enough, boxes for Quick Mother's Oats and 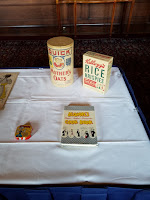 Kellogg's Rice Krispies which have no characters on them (and seem more appropriate for the National Museum of American History's food exhibit). Exploration has science fiction themes including a Superman Krypto-Raygun. About GEM ranges all over including a Captain Marvel Club code letter, a ticket to Woodstock, Pac-Man cereal, the packaging for McDonald's Star Trek Meal (1979), and a toy Beatles guitar.

At the conclusion of the press conference, Librarian of Congress Carla Hayden, the former Baltimore librarian who agreed to accepting Geppi's collection, stopped in and the two posed for pictures. 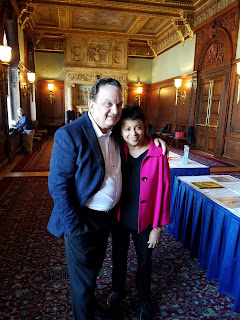 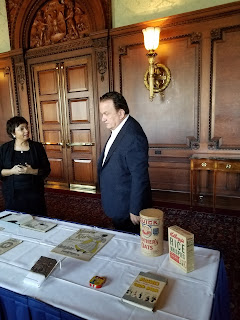 The following is material that will not be on display including a Maud the Mule comic strip by Opper, a Cathy comic strip by Cathy Guisewite, Big Little Books, buttons and pins, and more pages from Mickey Mouse in Plane Crazy. 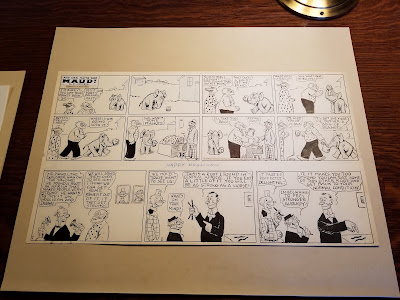 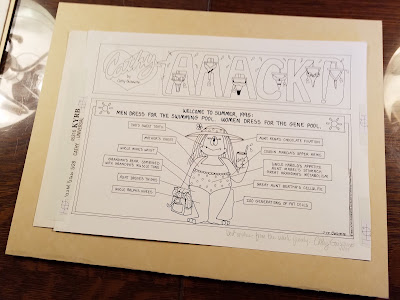 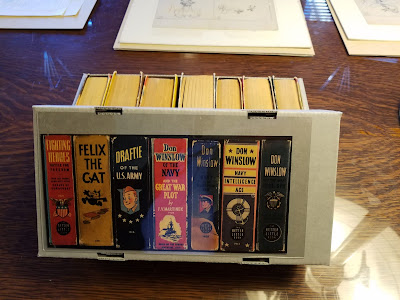 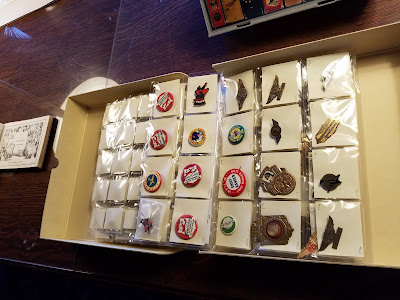 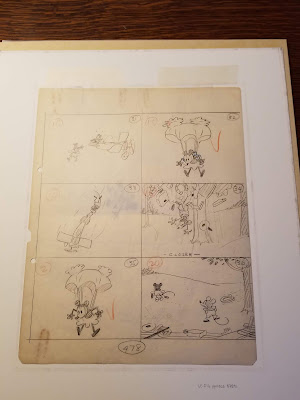 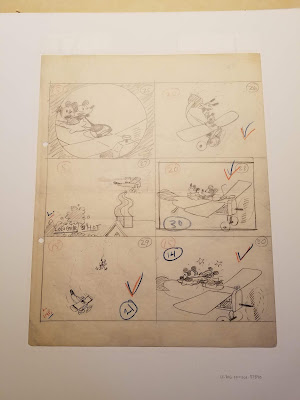 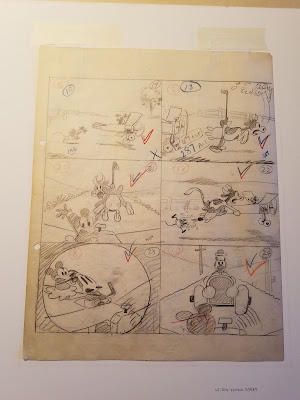 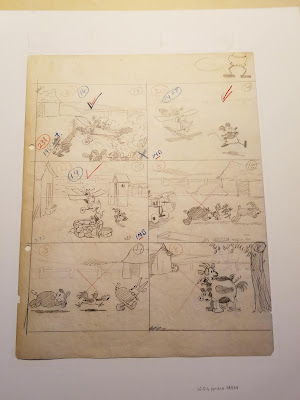 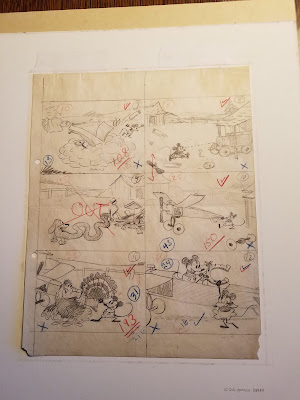 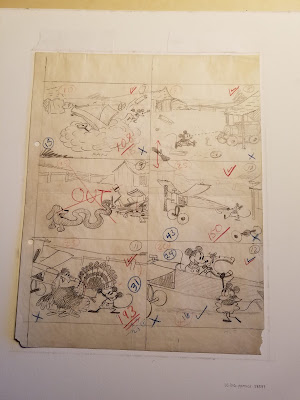 Congratulations! Could you please let me know where the "Zippy the Pinhead" items are located?

You'll need to directly contact the librarians in charge of the collection. I've emailed you on how to start.