Exhibit review: Superheroes at the National Museum of American History 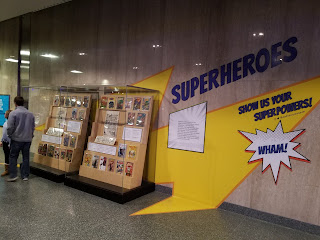 
Superheroes. Washington, DC: National Museum of American History. November 20, 2018 to September 2, 2019. http://americanhistory.si.edu/exhibitions/super-heroes
The Smithsonian museum has mounted a small, but choice, exhibit made up of some extremely surprising pieces. The terse description on their website only hints at it:
This showcase presents artifacts from the museum's collections that relate to Superheroes, including comic books, original comic art, movie and television costumes and props, and memorabilia. The display includes George Reeves's Superman costume from the Adventures of Superman TV program, which ran from 1951-1958, as well as Halle Berry's Storm costume from the 2014 film X-Men: Days of Future Past. 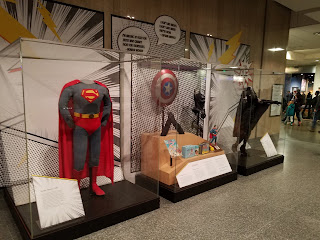 Of the five exhibit cases, two concentrate on comic books and original art, while the other three contain props from movies and pop culture ephemera. Surprisingly, the Black Panther costume from the Marvel movies which the African-American History museum collected this summer is not included, but as noted above they have displayed George Reeve's Superman costume (since it is in color rather than grey shades, it came from the later seasons of the television show), Halle Berry's Storm uniform, along with Captain America's shield, Wolverine's claws and Batman's cowl and a batarang. Those three cases are rounded out with the first issue of Ms. Magazine which had a Wonder Woman cover, two lunchboxes (Wonder Woman and Marvel heroes), and a Superman telephone. 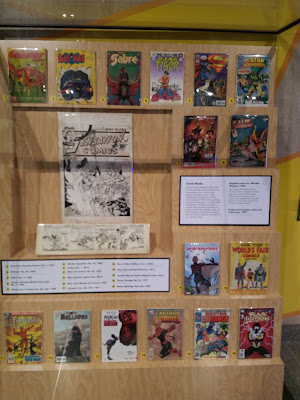 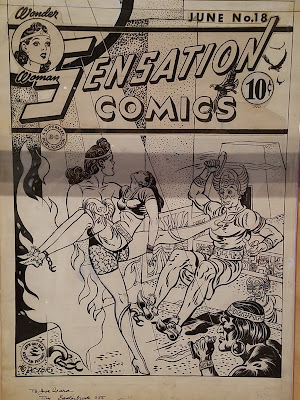 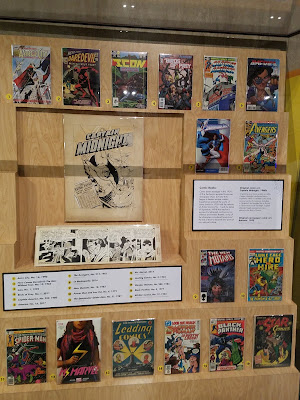 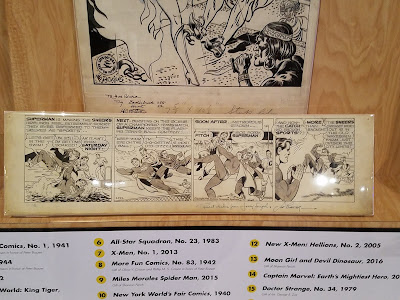 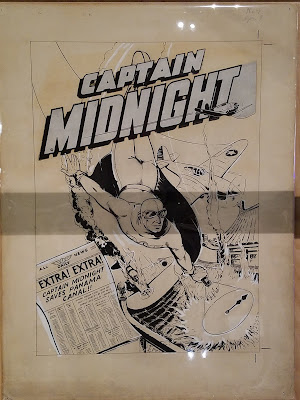 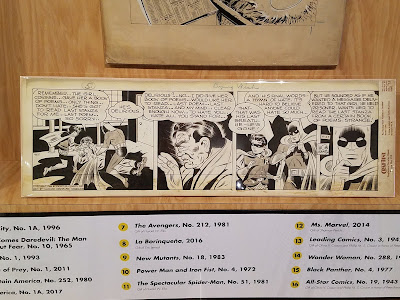 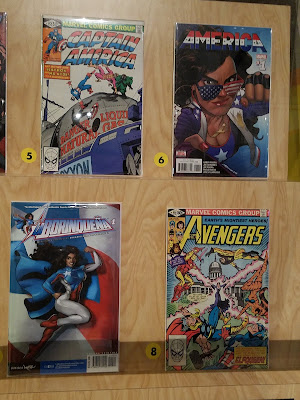 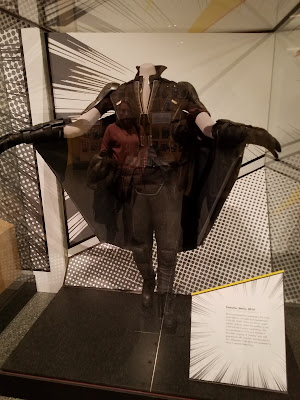 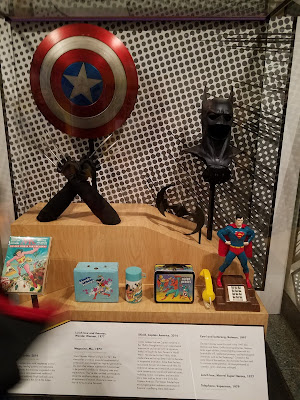 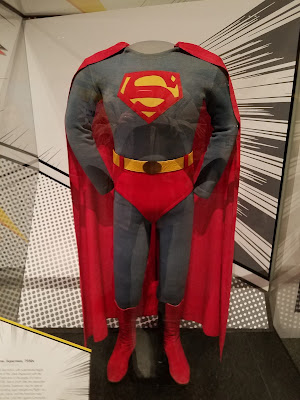 Surprisingly, the two cases of comic books and original art include a very wide variety of comic books including some that just recently came out such as America (Marvel) along with older issues such as Leading Comics from 1943 which featured Green Arrow among other heroes such as the Crimson Avenger and the Star-Spangled Kid. The existence of an apparently extensive comic book collection in the Smithsonian comes as a surprise to this reviewer and will need to be researched more in depth. Even more of a surprise were the four pieces of original art on display – the cover of Sensation Comics 18 (1943) with Wonder Woman drawn by H.G. Peter, a Superman comic strip (1943) signed by Siegel and Shuster, a Captain Midnight cover that the curators did not bother to track the source of (it appears to be an unused version of #7 from April 1943), and a April 27, 1945 Batman comic strip. Actually, none of the creators of any of the works are credited, although the donors are.
The small exhibit lines two sides of a hallway off the busy Constitution Avenue entrance of the Museum, but the location has the advantage of being around the corner from a Batmobile from the 1989 Batman movie that was installed earlier this year. The car may be tied into the nearby installation and branding of a Warner Bros. theater showing the latest Harry Potter spin-off movie which seems like a true waste of space in the perennially over-crowded and under –exhibited (i.e. they have literally hundreds of thousands of items worthy of display in storage), but one assumes that besides the Batmobile, the theater came with a cash donation or promise of shared revenues. 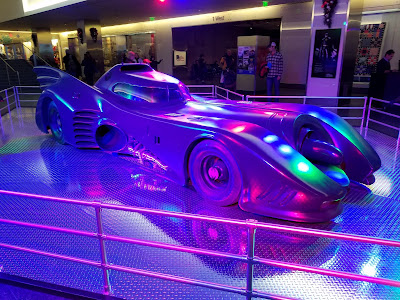 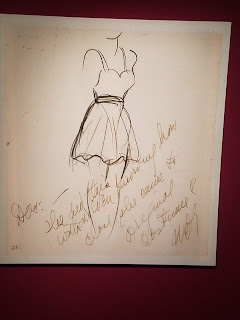 Notwithstanding that cynicism, the Batmobile and the superheroes exhibit are fun to see, although most people quickly passed them by during this reviewer's visit. Also of interest may be a bound volume of Wonder Woman comics and a reproduction of an unused idea for her original costume, around the other corner from the Batmobile in the Smithsonian Libraries exhibit gallery. The museum has recently acquired some Marston family papers.

Bruce Guthrie has an extensive series of photographs including the individual comic books at http://www.bguthriephotos.com/graphlib.nsf/keys/2018_11_22D2_SIAH_Superheroes 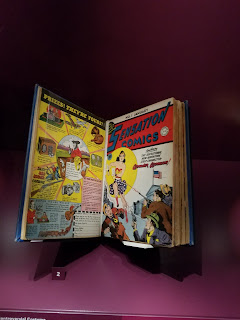 (This review was written for the International Journal of Comic Art 20:2, but this version appears on both the IJOCA and ComicsDC websites on November 23, 2018, while the exhibit is still open for viewing.)