I ran into Nik Kowsar yesterday. Nik was a cartoonist in Iran who eventually had to seek asylum in Canada and then the US. He lives around DC now, and doesn't do as much cartooning as he did, but he still helps other cartoonists via the CRNI. He sent along a few cartoons he'd done for sharing here. 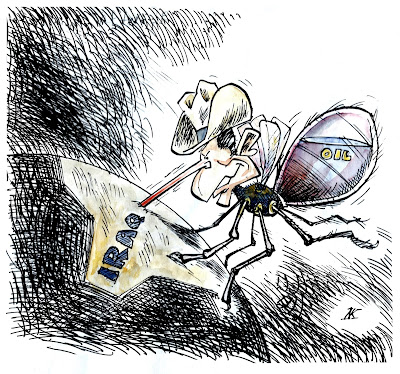 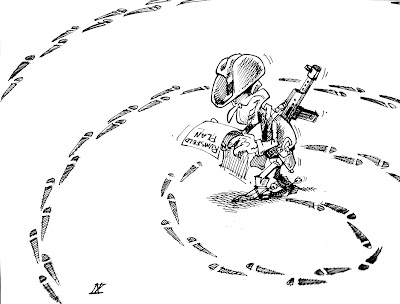 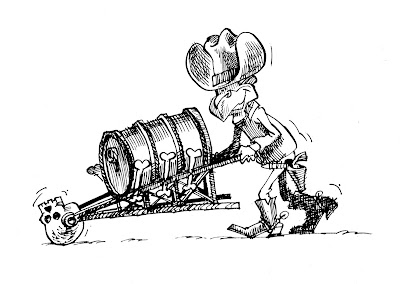 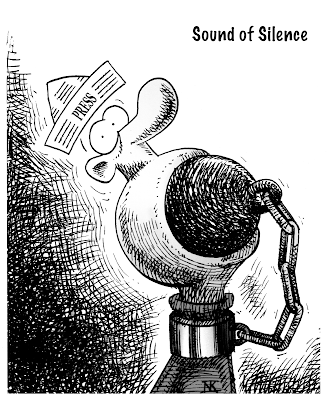 The Bush ones were drawn for Iranian media right after the invasion of Iraq in  March and April of 2003. I was still working as a cartoonist in Tehran. I fled Iran on June 25th, 2003 for Canada. 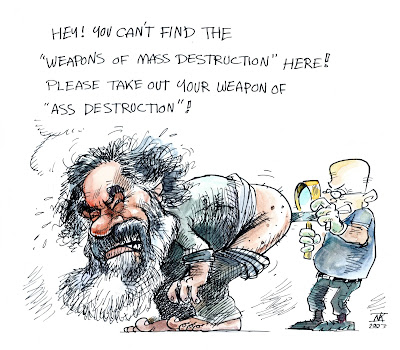 I strongly believed that the whole campaign for finding Weapons of Mass Destruction was a scam and Cheney and his gang wouldn't be able to pin point even one rocket. 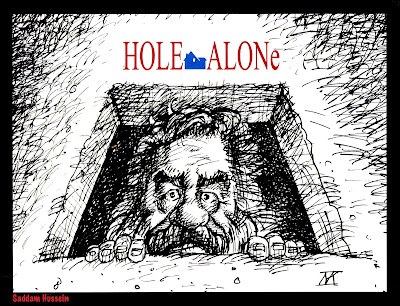 The 2 Saddam cartoons were drawn after his arrest near a village, north of Baghdad in December 2003. I was living in Toronto at the time.
Posted by Mike Rhode at 5:59 PM