Gallery Al-Quds invites you to the exhibition

Black and White / Thoughts in Cartoon

Mohammad's show features numbered pulls of 16 of his evocative linocut images, all of which he has produced only in very limited editions. It also features a large-scale giclee (high-quality) print of his iconic "History of Palestine" mural-- the same image that won an award at the recent conference of the U.S. Campaign for Palestinian Rights.

The Nov. 17 event starts with a reception, which will be followed by a discussion between Mohammad and Robert ("Bro") Russell, the director of the NoVa-based organization Cartoonists Rights Network International, for which Mohammad serves as a key Middle East Ambassador.

Mohammad Sabaaneh, as I'm sure you know, is the Ramallah-based cartoonist who's the lead political cartoonist for the Palestinian daily Al-Hayat al-Jadida. His book White and Black: Political Cartoons from Palestine was published by Just World Books last year to much acclaim. 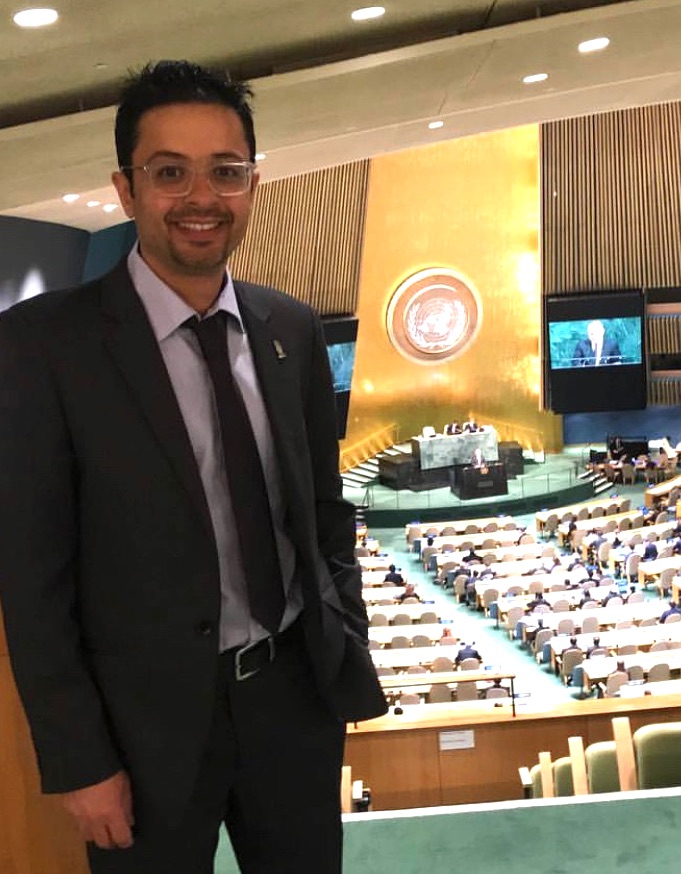 While he maintains a hectic output of gripping images in his daily cartoon work, Mohammad has also been intent on developing his capacities as an artist in a range of different media-- as well as sharing his signature artwork with audiences around the world.

Last November, he was one of four high-achieving Palestinians from around the world who were brought to New York by the UN's Committee for the Exercise of the Inalienable Rights of the Palestinian People" to be honored in a ceremony at UN Headquarters that marked the 70th anniversary of the Balfour Declaration.

All the works being hung in the Jerusalem Fund Gallery's exhibition will be available for sale. The proceeds will be divided between the Palestine Center's humanitarian projects in Palestine, Just World Ed's educational projects here in North America, and the artist himself. 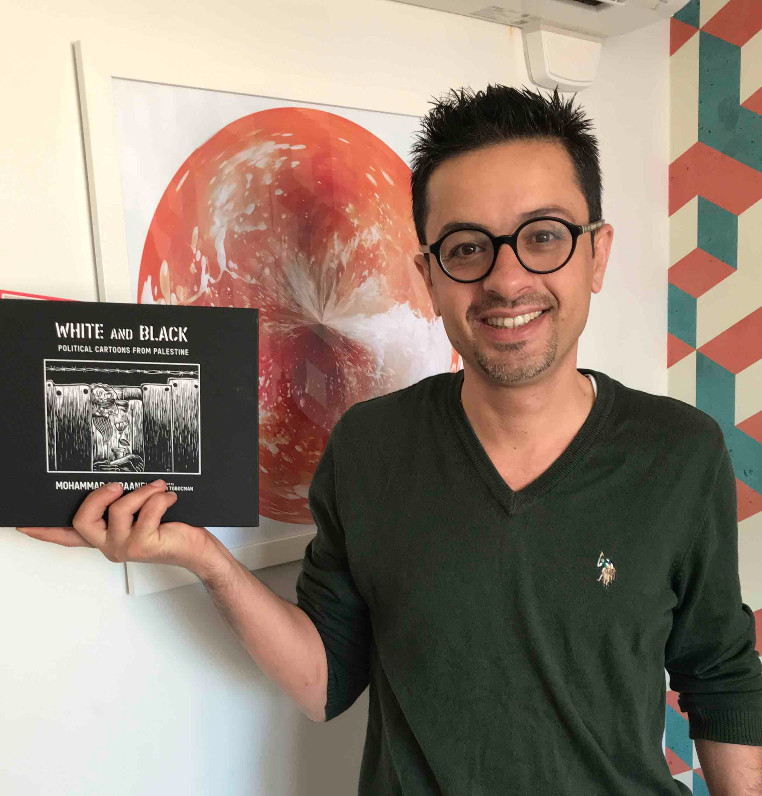 At the Nov. 17 event, the de-luxe new hardcover edition of White and Black will be debuted, and smaller giclee  prints of some of the images in it will also be available.

The exhibition, titled "Linocuts and History from Palestine" will continue until December 15, culminating in a fun, exciting live auction of any works remaining unsold.