My pictures of the 2010 Herblock Award 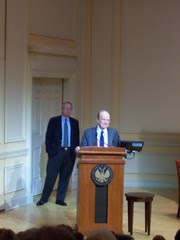 George Stevens Jr. speaking about his Herblock film while Frank Swoboda looks on. 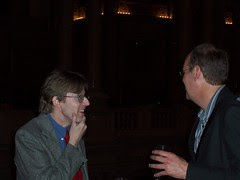 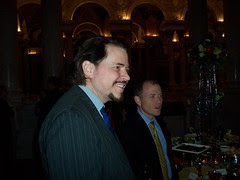 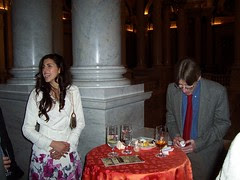 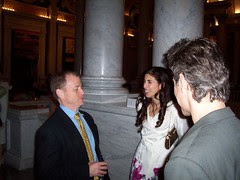 Kevin Rechin, Nick's friend from Greece and the back of Nick's head. 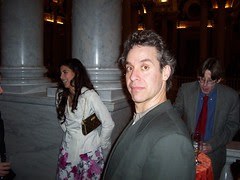 Nick Galifianakis with his friend from Greece and Richard Thompson (in the red tie) in the background. 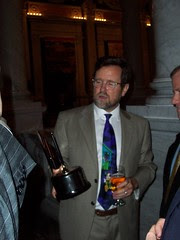 Matt Wuerker's contemplating the uses to which the award may be put. 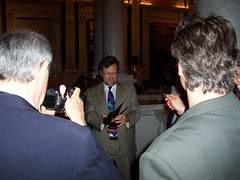 Everyone wants a picture of Matt with his award. 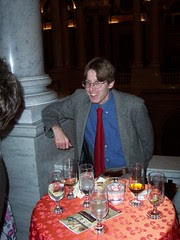 Richard Thompson - not ALL of those drinks were his. 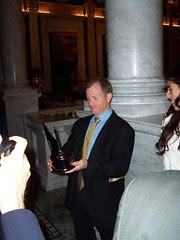 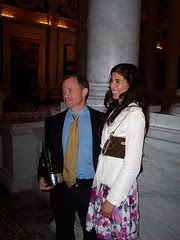 Kevin Rechin's now got it all - the award, the girl, the cheesy grin. It's better not to ask questions.
Posted by Mike Rhode at 6:44 PM

Oddly enough, I keep getting emailed a comment from Richard on photo #3, but it's not showing up here.

Richard, wasn't that your special trial evening from Hair Club for Men?

I demand you post a photo of Matt wearing his little hat at the Funny Times coffee party.

I'll put them up tonight, but they're already on my Flickr site. FWIW, I thought he looked good, although I don't know about wearing a felt hat when it's over 80 degrees out.