Gene Yang at Big Planet Comics and beyond

Gene Yang says he's in town to speak to schoolchildren at the Kennedy Center tomorrow which will apparently also go out over a webcast. Details desired.

Quick notes - he used the Monkey King because the character was in lots of childrens books his parents had. He read superhero comics, not manga (Dragonball is based on the Monkey King, so I asked). He's working on a new book with Derek Kirk Kim which First Second will publish. His Slave Labor books - Loyola Chin and the San Peligran Order and Gordon Yamamoto And The King Of The Geeks are still available from that publisher. 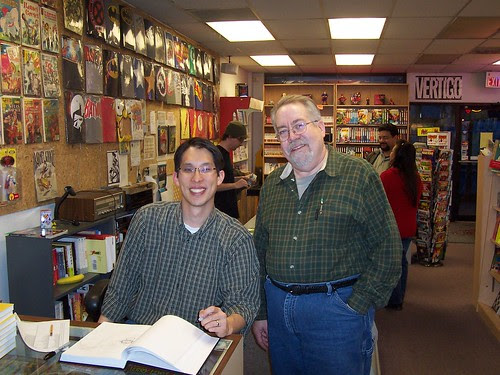 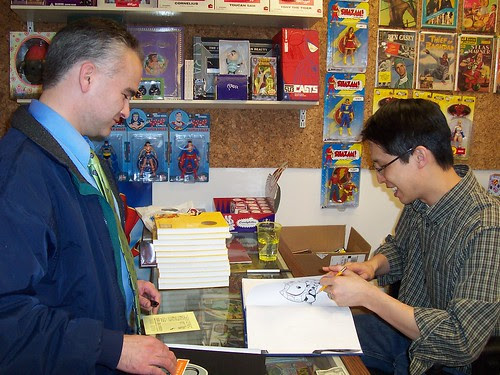 Randy T getting a sketch from Gene Yang.

You can see the sketches here and here. 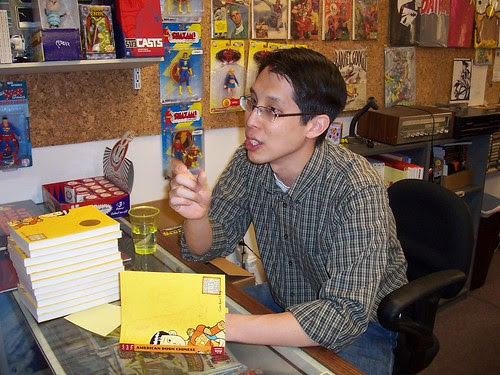 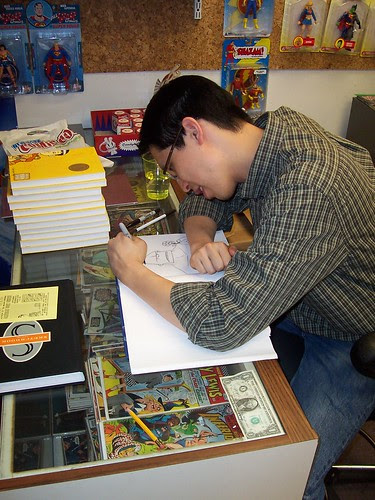