The 2009 Robert F. Kennedy Journalism Awards were given out tonight, and as a judge, I was invited to attend. The others on the cartoon team were Sara Duke, Curator; Warren Bernard, Cartoon Historian and Nick Galifianakis, Cartoonist. The awards were in George Washington University's Jack Morton auditorium where Crossfire used to be filmed.

Jack Ohman of the Oregonian won the cartoon award. The letter we submitted to the RFK Center read:

We are pleased to award the Robert F. Kennedy Journalism Award for cartoons to Jack Ohman of the Oregonian.

Two major themes emerged from this year’s cartoon entries – racism and the status of African-Americans in the wake of Barak Obama’s presidential campaign, and the plight of the 'average American' as a result of the devastating economic downturn.

Other frequent themes included torture and a lack of both human and legal rights for detainees in American custody, hunger, the rights of women, gay marriage, gun and urban violence, Cuban freedom and immigration reform.

Ohman's entries focused on several of these topics, but three cartoons in his submission were particularly noteworthy. Ohman left his drawing board to visit the Oregon Employment Department, the Portland Rescue Mission, and Loaves and Fishes, an institution that provides meals for senior citizens. He sat with those most vulnerable among us and then commented on their plight in perceptive cartoons that reflected not only the problems of his community, but his own compassionate sensibilities as well.

Ohman, by actually venturing out and practicing graphic journalism on behalf of the downtrodden, showed his sensitivity in dealing with issues of poverty. With this, he differentiated himself from his talented peers and the excellent work they submitted this year.

Jack Ohman's work exemplifies the goals of the Robert F. Kennedy Center for Justice and Human Rights. It is an honor to offer him this award.

These are typical cartoons of his for the year, very similar to many others submitted by other candidates - technically excellent, with solid clever ideas and good cartooning: 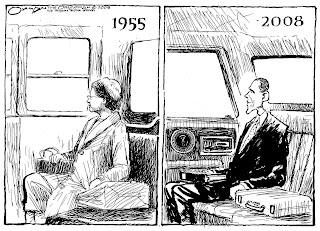 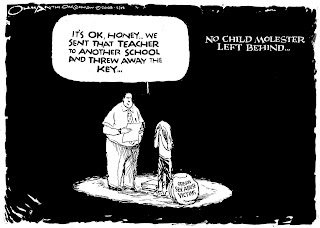 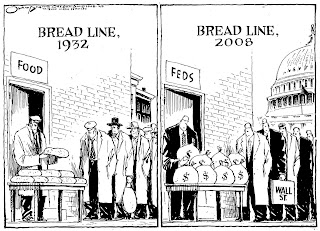 These are the three cartoons that made Ohman's work stand out and won him the award: 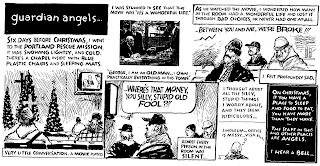 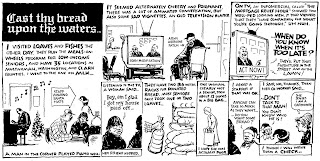 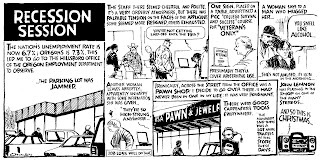 Also in attendance at the awards were cartoonists Joel Pett and Matt Wuerker. It was a pleasure to meet Joel and Jack and talk about cartooning.
Posted by Mike Rhode at 10:03 PM

Wow -- those three on-the-scene cartoons are wonderful! A well-deserved award for Jack Ohman. Thanks, Mike, for your great post and great blog.