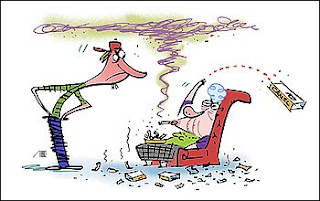 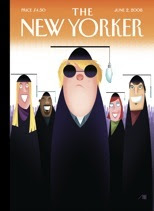 Actually, the two probably have nothing to do with each other, but Bob Staake, the regular cartoonist for the Washington Post's Style Invitational contest did the cover of the June 2 2008 New Yorker. In fact, I'm pretty sure he's done covers for them regularly including a nice Statue of Liberty with a fluorescent light bulb instead of a torch earlier this year.
Posted by Mike Rhode at 9:28 PM