For some reason, comic postcards generate even less interest among comic art fans than greeting card cartoonists, who, like Sandra Boynton demonstrated conclusively recently by winning a National Cartoonists Society award, at least may break out to a larger audience.

Here's a selection of postcards I picked up at a flea market this weekend. Some are barely worthy of the 25 cents I paid for each, but they are a part of the history of comics. 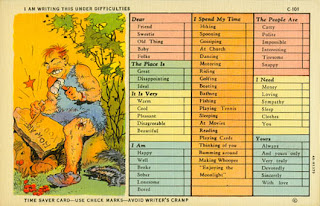 This one says it's from C.T. Busy Person's Comics - 10 Subjects. The CT is the company Curt Teich of Chicago. Unfortunately I don't know who the artist is. 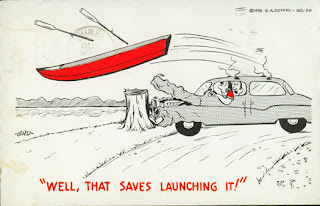 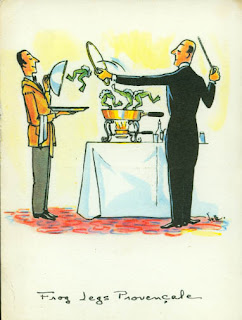 A 1963 advertising card from the Hilton Hotels International's Queen Elizabeth in Montreal. The card is from The Beaver Club restaurant. The cartoon is "Specialty dishes from the Beaver Club Menus as seen by the Montreal artist Jeff." 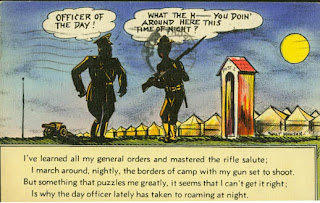 Walt Munson signed a few of the cards I saw - for some reason I picked up this one which isn't very interesting. The back says it's in "Series M Army Comics - 10 Subjects" and it's postmarked 1942. Munson's name seems to ring a bell... 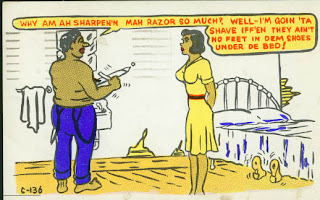 This unattractive stereotypical card 's lacking any information, but it was mailed in 1957 from Tampa, FL to Dickerson, Md.


The prevalence of MAD's Alfred E. Neumann images has never really interested me, but here's three for Craig Yoe. 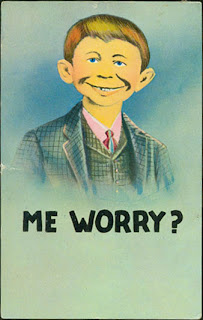 1960 postmark from Colourpicture Publishers, Boston. Mad and Alfred E. are well-established by this point, so the publisher's probably jumping on the bandwagon. 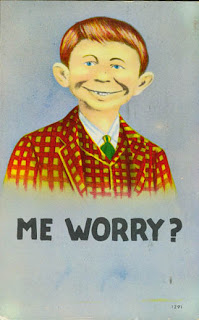 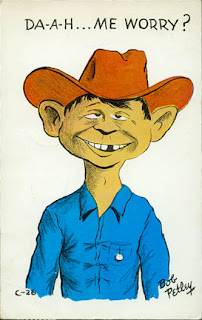 Bob Petley of Phoenix, Arizona drew and published this card, circa 1963.
Posted by Mike Rhode at 9:14 PM