Here's a flickr set of my Heroes Con pics.

And some quick choices before trying to catch up on sleep. More to follow with commentary later this week. 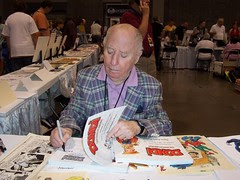 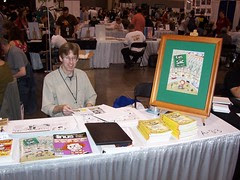 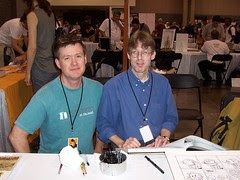 Karl Kesel and our man Thompson. 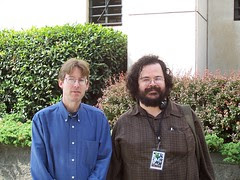 Richard Thompson and his first customer, Kevin Greenlee. We had a nice breakfast at Lola's, although livermush was an option that we all skipped. 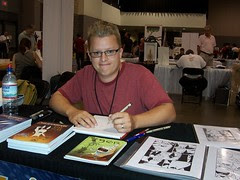 Chris Grine selling Chickenhare (Dark Horse Comics) at Heroes Con 2008. I bought a robot sketch from him too.
Posted by Mike Rhode at 10:16 PM

Thanks for taking the picture!
According to wikipedia, livermush is a "foodstuff" made from pig liver, head parts, and cornmeal. I don't know about you but I'm pretty disappointed in myself for missing a rare opportunity to eat parts of a head of (presumably- hopefully) a pig. I guess I'll have to make it down to this year's Livermush Exposition in Shelby NC.

Oh, I'm glad I didn't eat that although it sounds a lot like scrapple, a Delaware specialty.