The Canadian Embassy on Pennsylvania Avenue, NW, between the White House and Congress is a striking setting for this small exhibit on For Better or For Worse, the long-running and popular comic strip. From 1979- 2008, the strip followed the lives of the Patterson family, a wife and husband (a dentist) and their three kids and dogs as they grew up in Canada. The strip is still running in reprints. The exhibit was originally shown in a gallery in Canada and modified by Grumbacher for exhibit in Washington. Johnston was in town for the exhibit opening, and also spoke at the Library of Congress the following day. She noted that she can no longer draw the strip due to tremors, but she’s being creative in other ways. On the back of the introductory plinth is fabric that she’s designed and goofy paintings of dogs and cats, but the exhibit largely concentrates on the comic strip. 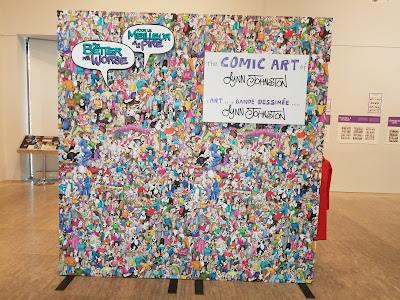 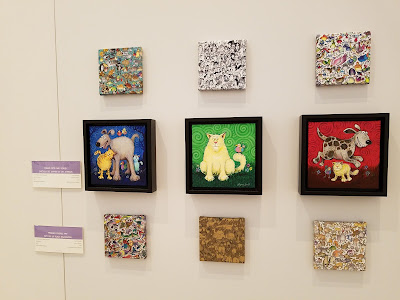 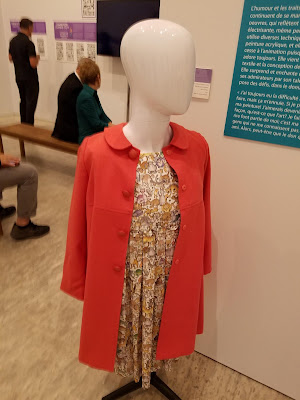 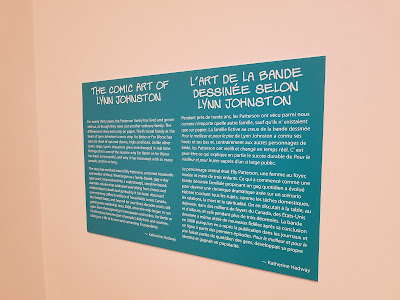 As you walk into the exhibit, a large panel depicts a collage of her characters over the life of the strip, and has the title of the exhibit in French and English. The exhibit is bilingual throughout. In French, for the record the title is L’Art de la Bande Dessineé selon Lynn Johnston. Turning left from the title plinth, Johnston’s desk is featured along with some early drawings framed above it. The desk looks barely used compared to some other cartoonists’. The ‘office area’ is bounded by a small wall, and on the other side of that is a small interactive section where a visitor could color a sheet with characters from the strip, or create their own four-panel strip in a blank sheet of squares. A large set of labels explains the process of creating a comic strip. Next to that is a small enclosed exhibit case with family photos, toy cars and other materials she used as references to draw the strip. Next to the exhibit case is a group of several original Sunday strips matched with color prints to show how they
actually appeared in the newspaper. 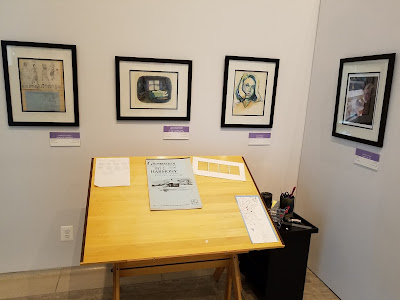 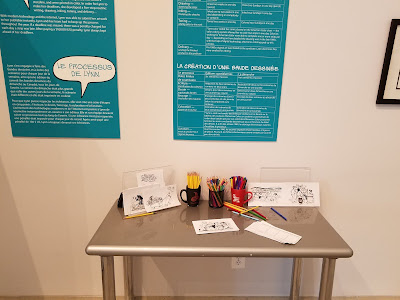 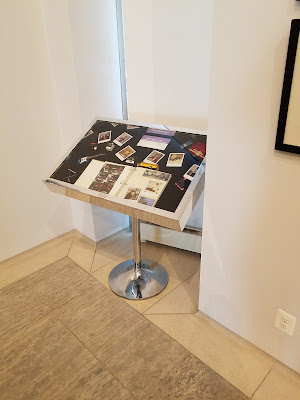 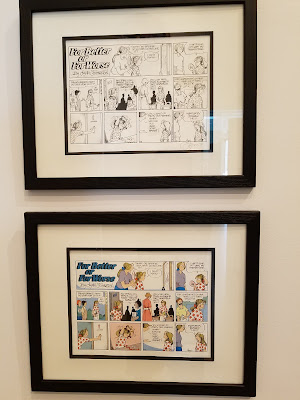 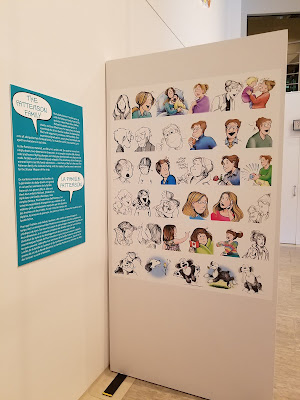 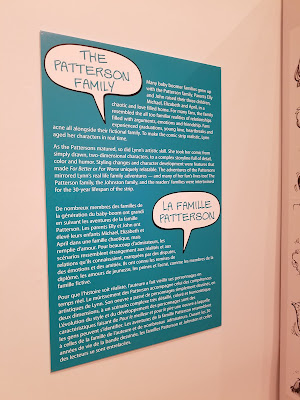 The main characters of the strip are introduced, and then large panels with purple headers explains the high points of the strip over the years. These included “Michael & Deanna” (the oldest son and his wife), “April’s Birth” (the third child), “Infidelity,” “Lawrence Comes Out” (when the character was revealed to be gay, it was a major controversy), “Mtigwaki” (the eldest daughter Elizabeth goes to work in a First Nations community), “Shannon Lake” (an autistic character introduced in a school setting), “Elizabeth’s Sexual Assault,” “Elizabeth’s Wedding,” “Death & Illness,” and “Farley’s Death” (also controversial when the family dog died saving April from a stream). 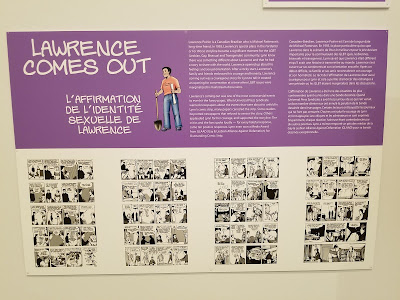 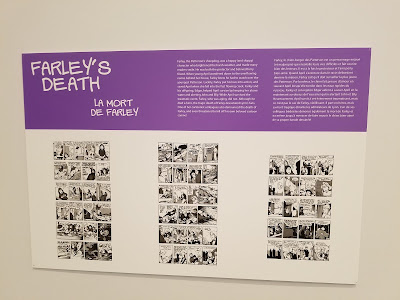 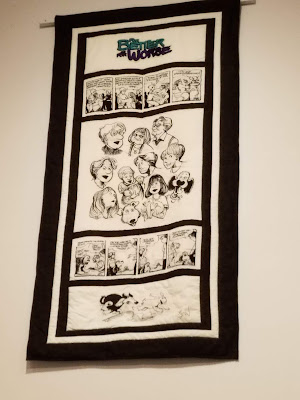 The exhibit concludes with a short film, a quilt of the characters (hanging up very high), and in a nod to our locality, reproductions from the Washington Post of a page of comic strips, and Michael Cavna’s article about the end of the strip.

This is a celebratory exhibit. There is no deep analysis of the social or historical implications of the strip, beyond the purple panels’ basic claims, and that is fine. The exhibit is both a celebration of a Canadian artist and an enjoyable hour-long stop for Washington’s tourists, in a venue they would not normally see. More photographs of the exhibit are at https://flic.kr/s/aHsmGVy4FY and Johnston’s Library of Congress talk at https://flic.kr/s/aHsmGVvahH 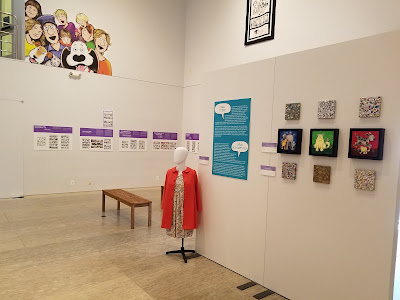 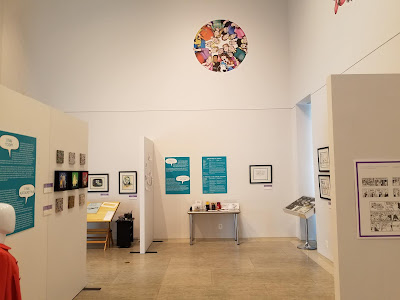 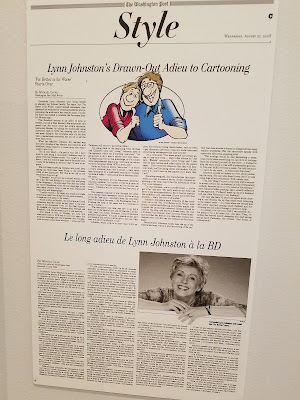 (This review was written for the International Journal of Comic Art 22:1, but this version appears on both the IJOCA and ComicsDC websites on January 8 2020, while the exhibit is still open for viewing.)
Posted by Mike Rhode at 12:35 PM