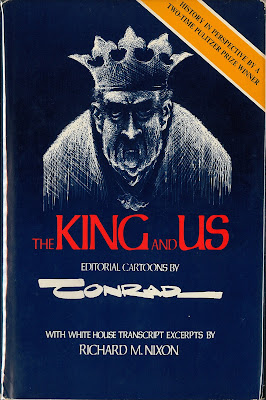 I was in a bookstore on Capitol Hill (Capitol Hill Books in fact) this weekend, glancing through the comics and graphic novels section, and spotted this copy of The King and Us: Editorial Cartoons by Paul Conrad (Los Angeles: Clymer Publications, 1974; 3rd printing 1975) collecting his cartoons about the disgraced President Nixon. Conrad's one of the great editorial cartoonists of the 20th century, and had been on Nixon's enemies list so I picked it up to look at...

...$10 and it was a third edition, signed in August 1994 twenty years after it was published, and twenty-five years later, the Sharpie ink is already blurring and fading.... 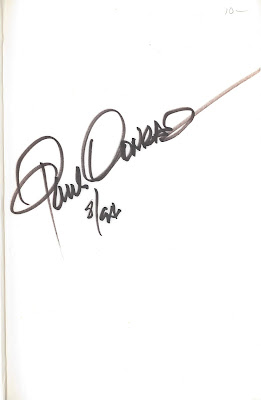 ...but there were two photocopies laid in, one of Conrad's last cartoon about Nixon from April 25, 1994, showing Nixon's tombstone with a double entendre engraving,
"Here Lies Richard M. Nixon, 1913-1994" 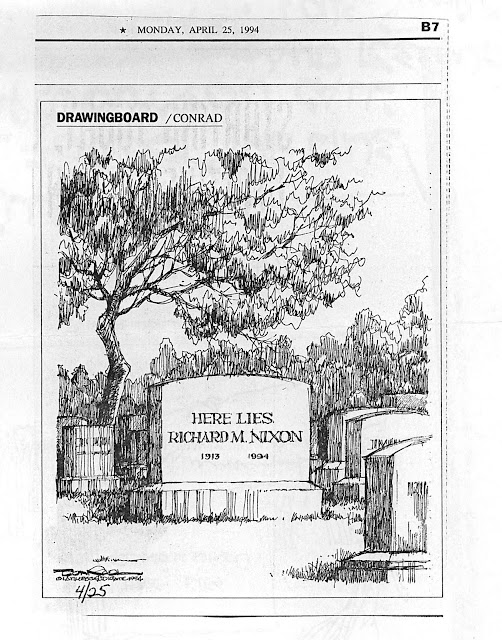 ...on the back side of that first photocopy was a sketch of the idea of that cartoon, inscribed,
"For Frank and Estelle, Lisa, David -- All the Best - Paul Conrad"... 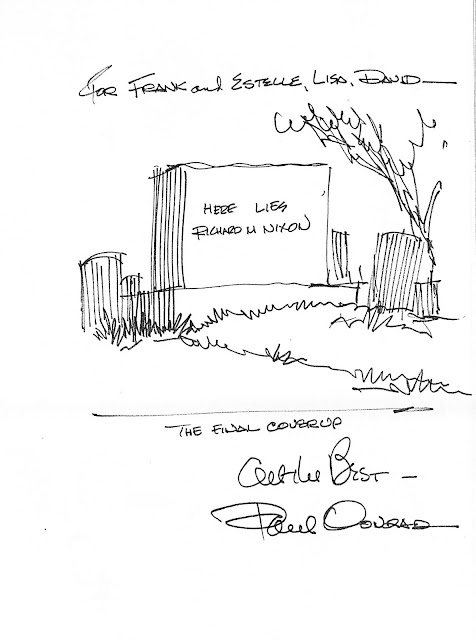 ...but it also had something the final cartoon was missing.
A caption with a second double entendre -

- which made the cartoon just a bit more brutal,
as befitting a man who was was audited  by the IRS as a result of the enemies list
and whose favorite cartoon depicted Nixon nailing himself to a cross. 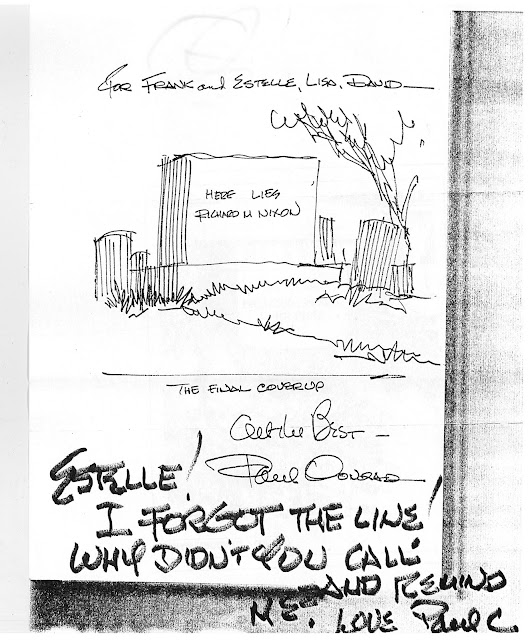 Estelle apparently kept the sketch until Nixon died
and sent a photocopy to Conrad to remind him of it.
He wrote back, "Estelle! I forgot the line!
Why didn't you call and remind me. Love Paul C."

Admittedly, there are some deductions here, and it's a very minor bit of comics history,
but one never knows what one will stumble across in the pages of a book.

I wonder where the original sketch is now...

I like it without the additional line because I had to stop and think - and then it was crystal clear that such a truncated epitaph would only apply to him (until now).