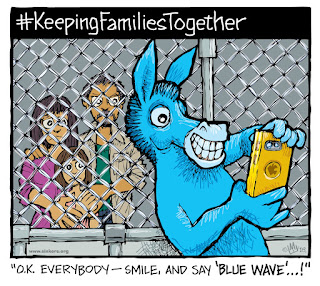 WASHINGTON — President Trump caved to enormous political pressure on Wednesday and signed an executive order meant to end the separation of families at the border by detaining parents and children together for an indefinite period.

In the Democratic Party, this is known as a landmark victory.

And, needless to say, the Democrats are setting a new record for jumping on an issue and co-opting it for votes, beating their previous personal best set by the March For Our Lives.