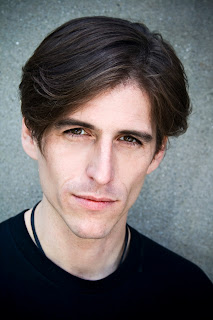 Baltimore Comic-Con is one of the best and friendliest of the mid-size superhero focused cons. Under the leadership of Marc Nathan and Brad Tree, it's grown quite a bit in a decade and a half, but still remains enjoyable for all ages and interests. Hang Dai Studios is based in Brooklyn, but as usual will have a big presence at Baltimore. My friend Dean Haspiel (and Hang Dai Studios founder) will be there with the whole studio, a week after he, Christa Cassano and Gregory Benton attended the Small Press Expo. Just when you think there's nobody left in the Studio to talk with, our sixth interview is with writer and actor Chris Miskiewicz. 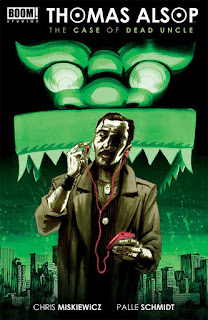 I’m a Brooklyn-based writer and actor. In comics, I’m best known for writing the critically acclaimed series, Thomas Alsop alongside artist Palle Schmidt (dubbed Best Mini-Series of 2014 by USA Today) published by BOOM! Studios. And the comic anthology Everywhere published by ActivateComix. As an actor I’ve appeared on HBO's Bored to Death, USA Networks White Collar, and various others.

I took up writing and drama in college, but I’ve been a comic book reader since I was ten years old. It was the first type of fiction I got, and I never fell out of love with the episodic nature of the industry. 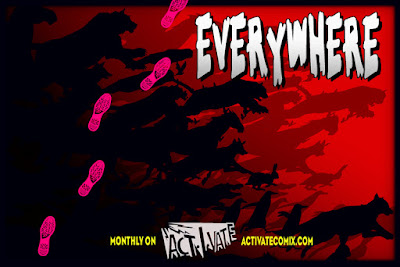 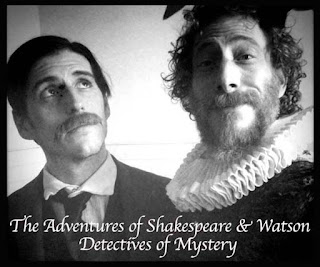 Thomas Alsop and a webseries I co-wrote with my cousin Christopher Piazza called The Adventures of Shakespeare & Watson: Detectives of Mystery. It’s absolutely bonkers and I wish Adult Swim would call me up right now to buy it.

I write in all forms. Prose, comics, screenwriting, as well as physical storytelling in acting, and a bunch of short films. I’d like to continue exploring every way you can tell a tale. I mean, if Shakespeare were alive he’d probably have a blog… 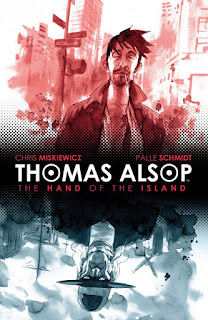 Drugs, drinking, go up to the roof and crawl into a bawl crying that all of my life choices have been wrong and that I’m a failure, play “Simpson’s Tapped Out,” breaking and entering somewhere I shouldn’t be to snap a picture.

You know, the normal things a person with voices in their head does during a crisis.

I think comics will continue to be a testing ground for properties that larger media are considering for live action works.

Why are you at the Baltimore Comic-Con this year? 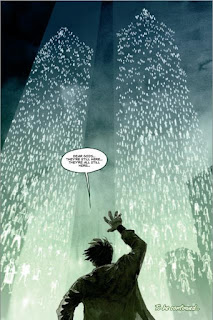 What other cons do you attend? The Small Press Expo, or others? Any comments about attending them?

I’ll also be appearing at NYCC in October…

Hit me up again after this convention.

My site is being completed, but you can follow me on twitter at @CMMiskiewicz and track me down at: http://welcometotripcity.com/contributors/chris-miskiewicz/
Posted by Mike Rhode at 3:24 PM