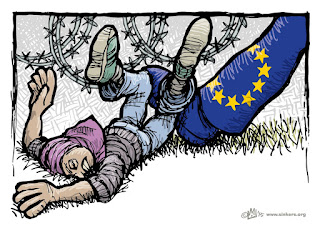 What's especially sad about this, though, is that the camerawoman's behavior pretty much encapsulates the current policies and attitudes of most EU member governments.