Part 3, “A Hero Can Be Anyone” (1978-Present), is largely about how superheroes have moved from being entertainment for children to being popular culture for adults. It opens with highlights from the Avengers movie, noting that it was the third highest grossing movie of all time. The San Diego Comic-Con is visited next, showing plenty of quick interviews with adult cosplayers rather than comic book fans. 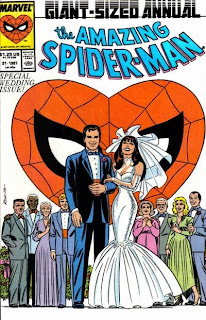 The documentary then steps back to the 1970s and the lack of trust in government due to Richard Nixon. In this telling, the release of Superman: The Movie in 1978 inspired people, especially with its tagline "You'll believe a man can fly." Several comic book writers point out that Christopher Reeves' great dual performance as Clark Kent and Superman, and the use of romantic situations were the thing that made the movie work more than the special effects. Superman: The Movie also led to a campaign to compensate and credit Siegel and Shuster for their creation, and Kantor covers this in some detail.

Meanwhile comic book sales continued to drop (and as noted in my second review, the creation of the direct market is not mentioned here either). Marvel pulled one of the early stunts by having Spider-Man get married, although former Marvel Editor-in-Chief Joe Quesada notes that once you've started time passing, when does it end? Should Spider-Man grow old? It's not mentioned in the film, but Quesada believes not, and retconned Spider-Man's marriage out of existence with a literal deal with the devil. 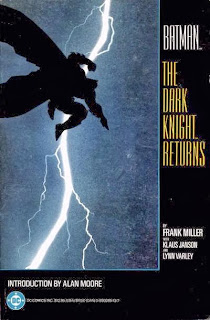 Frank Miller's tour-de force Batman: The Dark Knight Returns (1986) is the next highlight, and is held up as the first adult superhero comic book. Comic book and television writer J. Michael Straczynski called the comic book about an aging Batman "the most seminal work in the field today" and I agree. Mark Waid then notes that 1986 saw another seminal work, Alan Moore and Dave Gibbon's Watchmen. Watchmen took the opposite approach to B:TDKR, and looked at the issues of vigilante justice and fascism inherent in superheroes.

Marvel's new X-Men pre-dated these two comics, but are introduced next. The multicultural and multiracial cast is held up as a model in which anyone could find a character or situation to relate to. Gay comics artist Phil Jiminez explicitly states the comic was "a most amazing metaphor for young gay people." The similar success of Marv Wolfman and George Perez's New Teen Titans is not mentioned at all however. 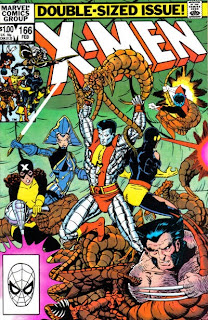 The film segues into the reworking of Spider-Man by artist Todd McFarlane and the subsequent formation of Image Comics by hotshot young enegade artists. McFarlane's interview segments are among the most entertaining in this segment. The Death of Superman is then examined as another highlight drawing media attention, but also as beginning of the bursting of the collectible bubble as people bought multiple copies as investments.

Kantor argues that the "grim and gritty era was ending" by this point, which I disagree with, and the film says that 9-11 ended that type of comic story which began in Dark Knight Returns fifteen years earlier. Marvel's 9-11 comic book is shown (although DC's is not), and then the Civil War story line is featured. This long and wide story put superheroes led by Captain America and Iron Man on opposite sides of a government-sponsored initiative to keep track of superheroes. DC's Batman movies directed by Christopher Nolan are also cited as a response to America's post-9-11 angst - convincingly I believe.

The film then circles back to fun and 'sexy' movies such as Spider-Man. Zach Snyder states that such movies are keeping superheroes alive when comic books can't, and Grant Morrison claims that videogames will be the future. The film ends optimistically of course - it's about superheroes.

All 3 parts of the documentary air locally on WETA at 8 pm tonight.   Previews and outtakes can be seen on Youtube.