Part one, Truth, Justice and The American Way covers 1938 through 1958. The film opens with comic book dealer Vincent Zurzolo locking a copy of Action Comics #1 in a vault. Action #1 famously was the first appearance of Superman, and now is generally thought to be worth millions of dollars (I believe issues tend to be traded, and not paid for in cash). 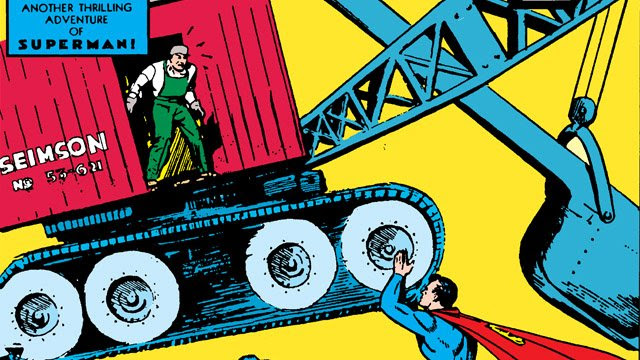 Kantor does a good job showing how Jerry Siegel and Joe Shuster started a new genre and jumpstarted an industry with Superman. As with many documentaries, commentators are talking heads in studio settings, but Kantor got a great bunch of cartoonists - Joe Kubert, Jerry Robinson, Carmine Infantino, Neal Adams, former DC publisher Jeanette Kahn, Stan Lee, Joe Simon, Jim Steranko, Ramon Fradon (a rare woman in the early superhero industry, she now appears regularly at the annual Baltimore Comic-Con), Denny O'Neil and others. Poignantly, several of these have passed on within the past few years including Kubert, Robinson, Infantino and Simon. Deceased creators such as Jack Kirby and Bill Gaines are shown in film clips, although Kirby is given short shrift in this episode, presumably because he will feature so largely in the second episode on Marvel Comics.

Most of the commentary is edited down to reflect a standard history of superhero comic books, but highlights emerge such as Fradon's talking about hiding behind her drawing board as ethnic jokes flared, or when Simon talks about drawing a big explosion in a Captain America comic book just to fill up the page faster. Irwin Hasen, who began in comic books, but made it big in the strips with Dondi, says the work "... was like a shirt factory."

The film moves onto Batman, whom Jerry Robinson clearly says Bill Finger co-created with Bob Kane, lingers on Robin and the problem of sidekicks, and then moves on to the largely-forgotten Captain Marvel (aka Shazam). Grant Morrison interestingly points out Marvel's appeal as a non-realistic based character who fought dragons and tossed comets into the sun. 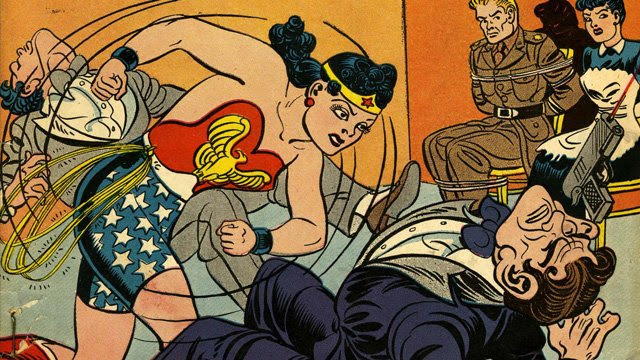 A brief look at merchandising, still so very central to the success of comic books, focuses on Superman's radio and tv show. Kantor then moves onto World War II, Captain America and the wild success of patriotic heroes. Wonder Woman is lumped in this group, due to her star-spangled outfit and December 1941 publication date. She's also discussed as "the superheroine American had been waiting for" which may be also be on a foundation that's a bit shaky.

The film wraps up with the post-war bust in superheroes, the emergence of crime and horror comics (and briefly-mentioned westerns and romance), and the campaign against comic books spurred by Fredric Wertham and his book The Seduction of the Innocent.

All 3-parts of the documentary air locally on WETA at 8 pm on October 15th.