Sean Hill comics in the works

Local comics artist Sean Hill is illustrating a science fiction/action comic called Vegas Baby. There's a sample page below. The book is created/written by Chris Ward, who has a Kickstarter campaign going to fund the book. Sean also did the pencils and inks for the comic Route 3 (Terminus Media), which is debuting this weekend at New York Comic Con (Booth 574 in Artist Alley). Its creator/writer is Robert Jeffrey II. 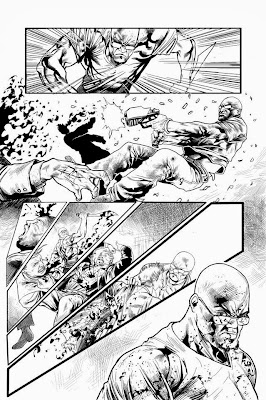 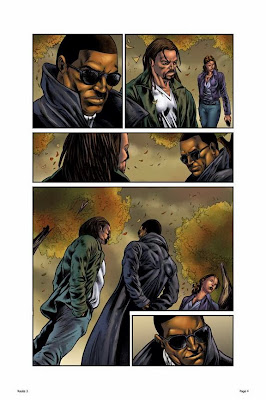 Courtesy of Sean Hill and Robert Jeffrey II
Posted by Matt Dembicki at 10:09 AM