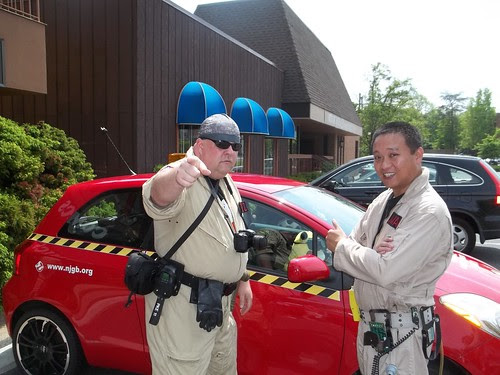 
In their recent podcast (#44), Jared Smith, one of the chain's owners said, "Of the four Big Planet stores, almost all of us ran out of almost every book we had. We certainly got more people than we expected, based on our ordering numbers, and College Park and Vienna both had their best sales days ever. So it wasn't just like we gave away a lot of free stuff - we sold a huge amount of stuff to people."

According to Joel Pollack, Big Planet Bethesda had a line of people waiting when the store opened at 11 am, and the line wrapped through the store for over an hour. By mid-afternoon, he was out of free comics.
Posted by Mike Rhode at 9:12 AM