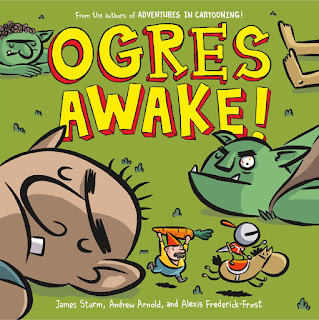 Our local cartoonist Alexis tells us:

It's the third in a series of comic/picture book hybrids that we've done for First Second featuring characters from the Adventure in Cartooning graphic novels. I think this "early reader comic" format is really interesting and I hope more cartoonists have the opportunity to create these types of stories. There seems to be a desire for comics among early readers and there are only a few publishers producing them (such as Toon Books and First Second.) Ogres Awake has a  "swords to stew spoons" or a "make soup not war" theme. It's very silly but at it's core is the concept of conflict resolution without violence. I'll be at the Baltimore Comic Con in the "Kids Zone" this fall. 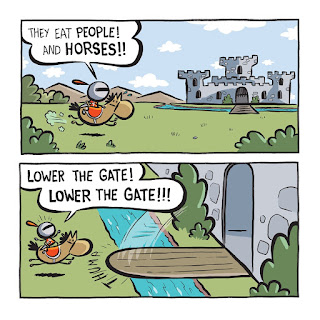 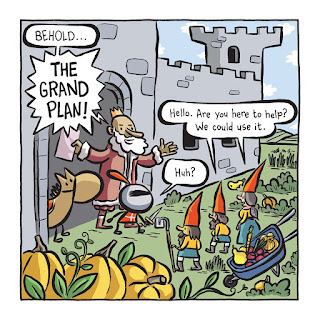