Last Saturday, my wife and I went to see the world premier musical adaptation of Mutts creator Patrick McDonnell's The Gift of Nothing, at The Kennedy Center in Washington, D.C.. Having been a long time Mutts fan and collector, it was hard to believe this was officially happening, practically in my own back yard! 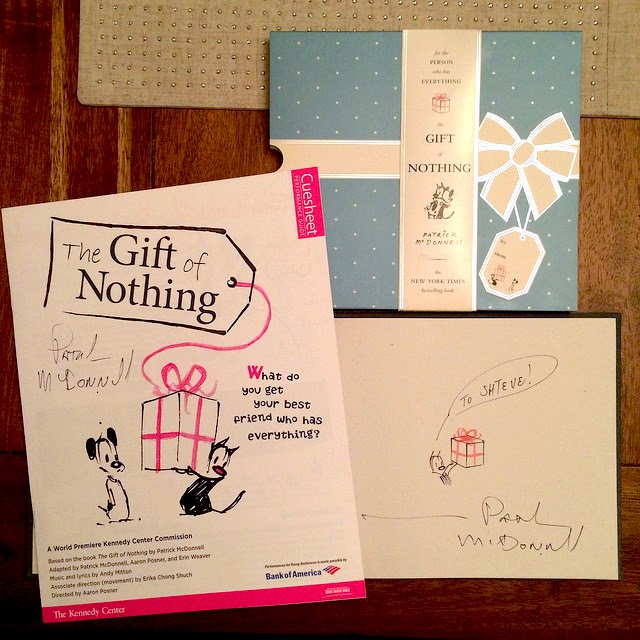 I first discovered Mutts comics not in the newspaper, but at a bookstore, when I first moved out to the DC/NOVA area about fourteen years ago. It was a crazy, stressful time for me back then, with a big move to another state, the start of a new career, and then the catastrophic 9/11 attacks on US soil only a couple of weeks later. I remember how much these books made me smile and put me at ease, and I've been following the adventures of Earl and Mooch ever since then. What I've always loved about Mutts is the subtle wisdom in both the artwork and the writing, as it is a comic strip that easily functions on both a children's as well as on an adult level. The same can be said for the stage production of The Gift of Nothing, directed by Aaron Posner. Much like the book itself, originally published in 2005, the visual presentation is sparse and minimal - simple yet beautiful. Much like the characters that populate McDonnell's books and comic strips, the cast brings this musical vividly to life. I've never considered myself much of a fan of musicals, but the songs (written by Andy Mitton), the sounds and the singing and acting were all paramount to the success of this production, along with some wonderfully choreographed lighting.  Consider me a convert. Here's a little more insight into the book and stage production:


The book itself has been described as having a "zen-like" quality, and it's amazing to witness how incredibly well the stage version was able to flesh out the story, adding a whole new dimension to a  brief but brilliant little commentary about not losing sight of the simple and the good things we already have, but are so often distracted from during the madness of the holiday season. I have to say, my wife and I arrived at The Kennedy Center a bit frazzled, after missing an exit in DC, and after being so close, only to be thrown off course a few miles, almost causing us to be late and putting us both in a less-than-pleasant mood. Shortly into the start of the musical however, we were both swept up into the catchy and clever songs, the incredible acting, and the humorous tale of a dog named Earl and a Cat named Mooch. After this hour-long production had ended, we both couldn't stop talking about The Gift of Nothing driving home. I could write a lot more about this musical, but I wouldn't want to spoil it for ya. 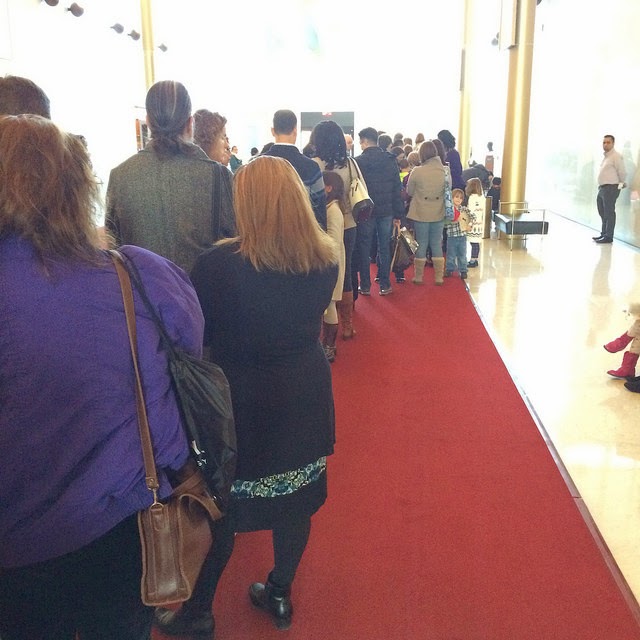 *the line for Patrick McDonnell's book and program signing (above), at The Kennedy center 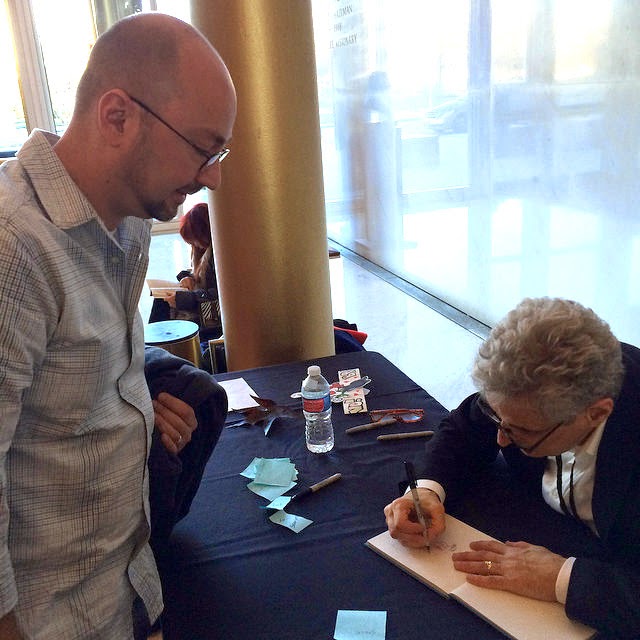 You can still catch The Gift of Nothing at The Kennedy Center through December 28th! More information can be found HERE. Don't miss it!
Posted by steve at 7:26 PM

Thanks, Steve! I'll need to look into getting tickets.

So.... you got one of the New Jersey 'Mutts' animal-friendly license plates?