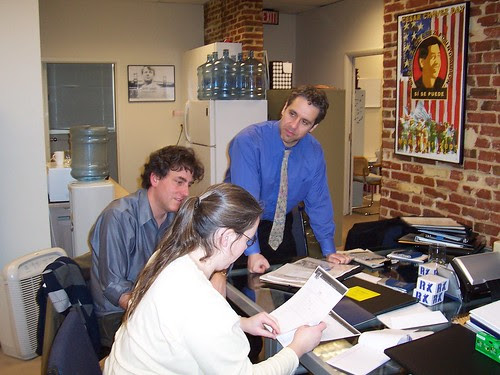 Washington, D.C. – The Robert F. Kennedy Center for Justice and Human Rights has announced winners of the nine professional and four student categories of the 41st Annual Robert F. Kennedy Journalism Awards. This year's winning journalists attacked diverse subjects including the risks faced by the workers who bring chicken to America's tables, the crackdown on rights and democracy in Russia under Vladimir Putin, the effects of gun violence in the United States and Guatemala, and new evidence about the conviction that led to the longest stretch of solitary confinement endured by any prisoner in modern U.S. history.

The RFK Journalism Awards honors outstanding reporting on issues that reflect Robert F. Kennedy's concerns, including human rights, social justice and the power of individual action in the United States and around the world. Winning pieces examine the causes, conditions and remedies of injustice and analyze relevant public policies and attitudes and private endeavors. The winning entries were selected by a panel of 40 judges in several rounds. The Journalism Committee, comprised of five advisors, chose the grand prize winner from the first place contenders in each category.

The RFK Journalism Awards will be presented at a ceremony on Thursday, May 28, 2009 at 6:00 PM at George Washington University in Washington, DC. The Grand Prize winner will be announced at the ceremony. Winners receive a cash prize and a bust of Robert Kennedy created by Robert Berks. For more details on the event, please visit www.rfkcenter.org.

The winners of the 41st Annual RFK Journalism Awards (clipped to just the cartoonist):

Cartoon Winner: Jack Ohman, The Oregonian: Ohman's cartoons tackle a range of difficult topics including poverty and unemployment in Oregon, the practice of shuffling Oregon teachers suspected of molesting children to other schools, rising college tuition costs, and human rights in China. From civil rights to the election of our nation's first black President, from ethanol to the struggles of American families in the economic downturn, his graphic journalism on behalf of the downtrodden exudes an insightful sensitivity.


I was one of the judges for this with cartoonist Nick Galifianakis, librarian Sara Duke and collector and library cataloguer Warren Bernard.. It was quite interesting. All of the portfolios were full of good cartoons, and that didn't make deciding on a winner easy. Mr. Ohman won for a particular reason that made him stand out, but I won't mention it as I'm not sure how this award process actually works, but it's mentioned specifically in the judges' letter to the RFK Center. 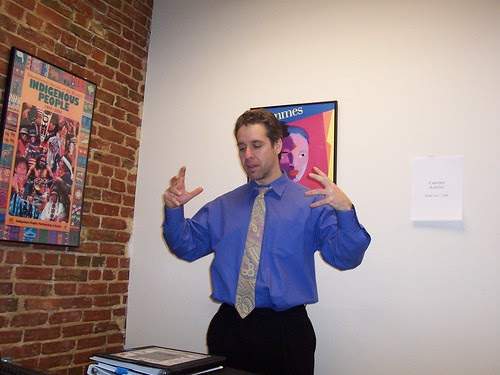 Nick makes a point, and then because he's Greek, continues to make it. 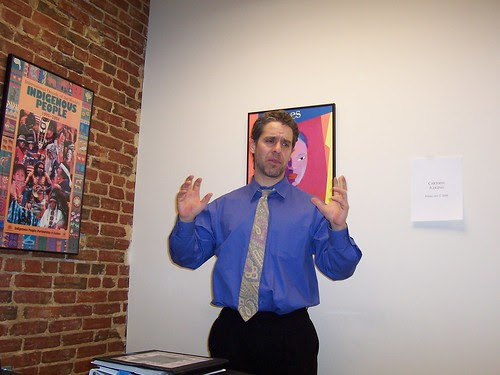 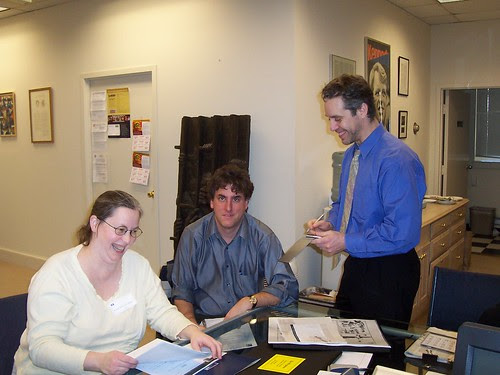 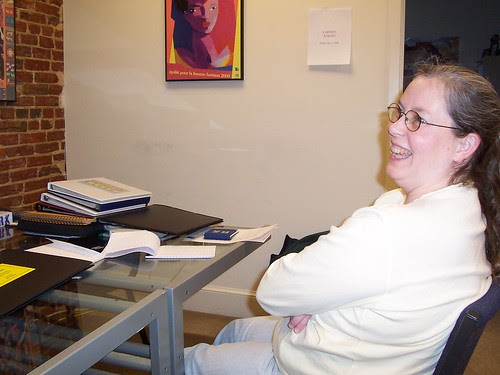 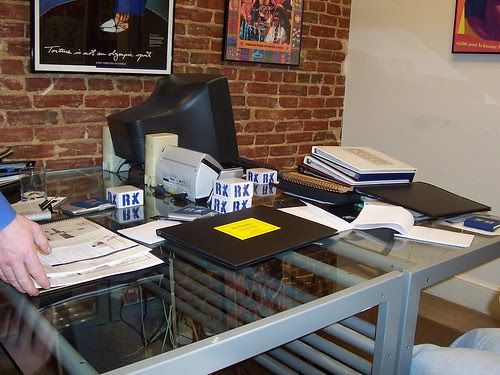 The pile of portfolios we had to go through. It was really cool to see such a selection. 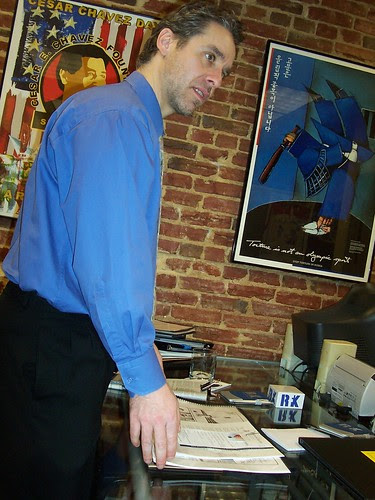 We're luck we had Nick - he had plenty of experience being a judge and helped us with the procedure, although Sara and I had begun before he arrived.
Posted by Mike Rhode at 7:25 PM

Good job! How'd you fool Nick into wearing a tie?

It was a bit tricky. We had to send him to a funeral.