Keith Knight has cancelled his daily strip, The Knight Life, in favor of working on a television adaptation of his life. The last strip, which only ran on Sunday in the Post, had a header saying the Post would replace it with Nancy. 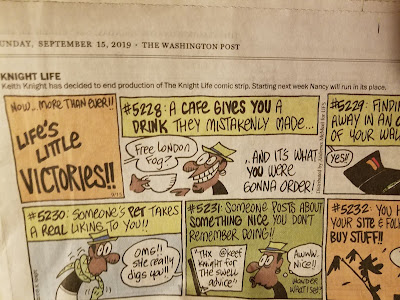 Knight was actually in the area this past weekend, attending SPX. Unfortunately I didn't see the news in time to ask him about it. The strip was a favorite of mine, and I was annoyed that the Post didn't run it daily. 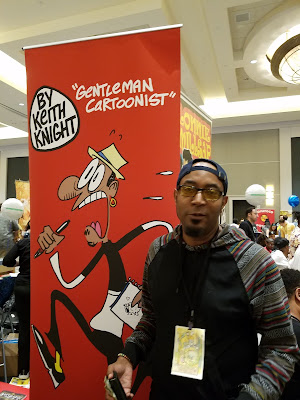