Ralph Baden's work at Artomatic was quite a surprise as it's often NSFW, or families. The centerpiece of his exhibit is a large painting of a man with an erect penis and a caption that wouldn't make it through many Internet filters. We reached out to him to ask our usual questions, some of which are less relevant to a painter than a cartoonist, and he gamely answered them. 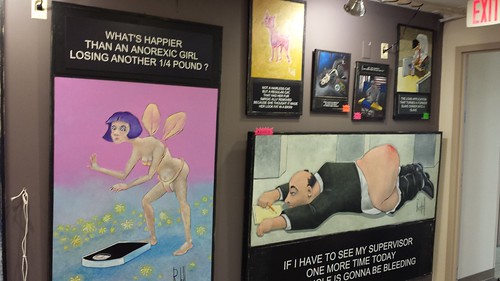 
What neighborhood or area do you live in?

The Corcoran School of Art

I'm doing pretty original stuff. Nobody takes oil painting and makes the most vulgar painting -- except maybe the old Dutch masters -- paintings where people got drunk in the streets -- they were funny.

To do it over I'd have to have a career- but I would have gone twice as loud, twice as big and twice as early.

Nobody knows of me -- I'm amazed you contacted me. 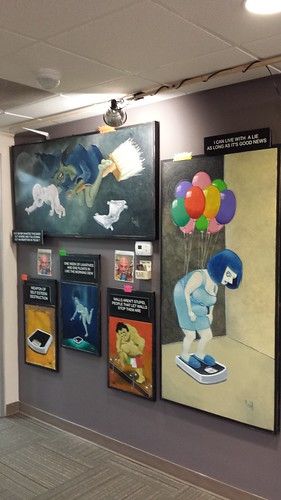 Bigger larger scales. I would like to have a room full of people laughing at my work at The Met or The MOMA

Stare at a light bulb.

The Phillips -- I love to go sit in the Mark Rothko meditation room and wonder why.

www.ralphbaden.com
Posted by Mike Rhode at 9:49 AM