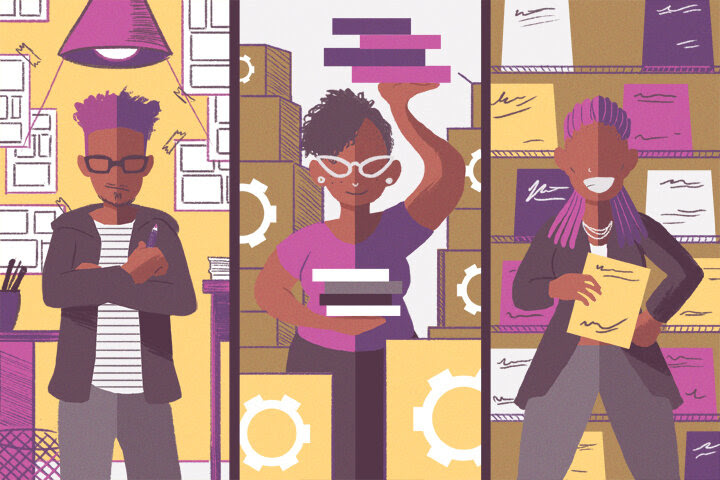 Comics and graphic novels have become a flourishing space for explorations of race and identity. But what are the compromises they have to make to reach and please wide audiences?

Shannon Wright for NPR
Gene and guest host Glen Weldon (our play cousin from Pop Culture Happy Hour) explore how comics are used as spaces for mapping race and identity. Gene visits Amalgam Comics and Coffeehouse in Philadelphia and chats with proprietor Ariell Johnson, who is reclaiming the comic book store, which once made her uneasy as a black fan. Meanwhile, C. Spike Trotman, another black woman, has made a name for herself as an online comics publisher of Iron Circus Comics in Chicago. We also talk to artist and designer Ronald Wimberly for his perspective as a black creator who has worked for Marvel and DC, the titans of corporate comics.
Posted by Mike Rhode at 11:56 AM