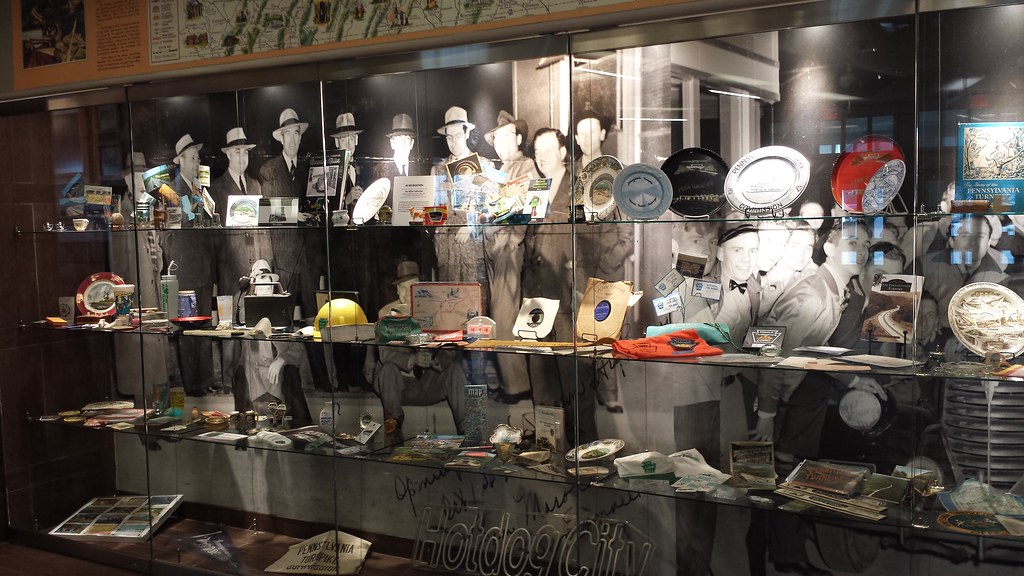 I was on the Pennsylvania Turnpike last weekend, and stopped in the (going west) rest stop outside of Breezewood. There's a nice exhibit on PA Turnpike tchockes which includes this Turnpike Man cup and inaction figure, which I believe has artwork by the late Paul Ryan, a longtime Fantastic Four and Phantom artist. Can anyone confirm that? 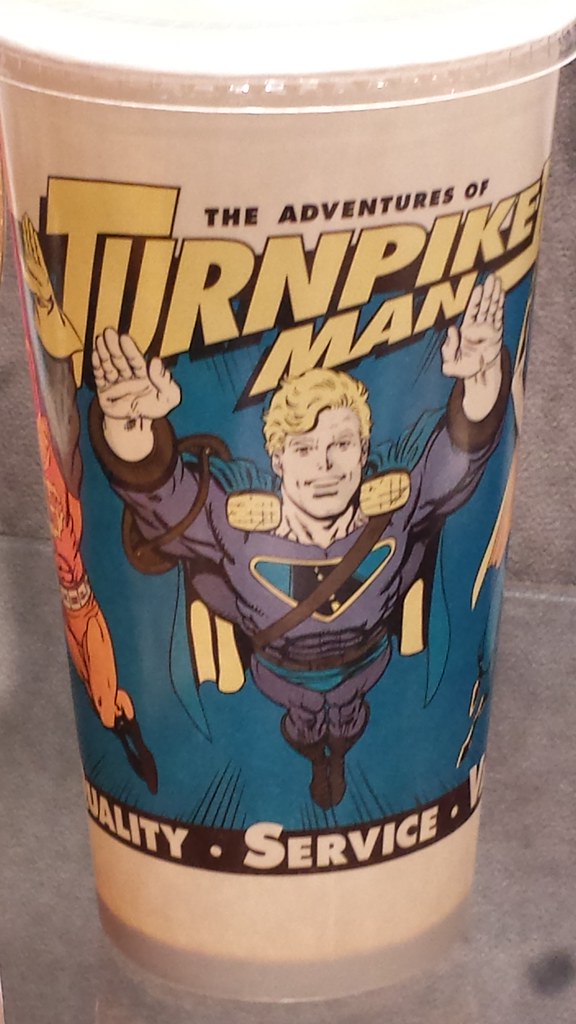 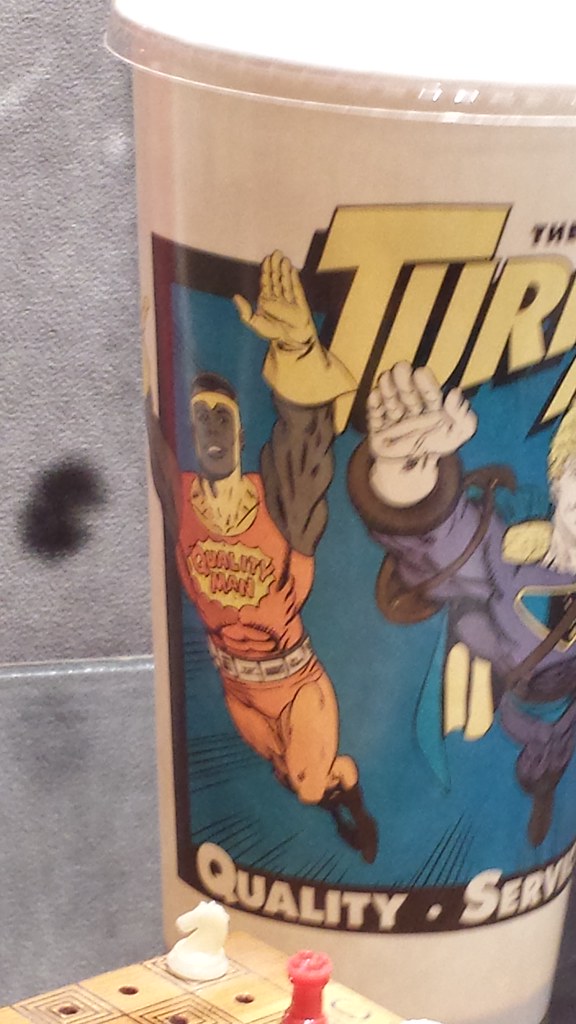 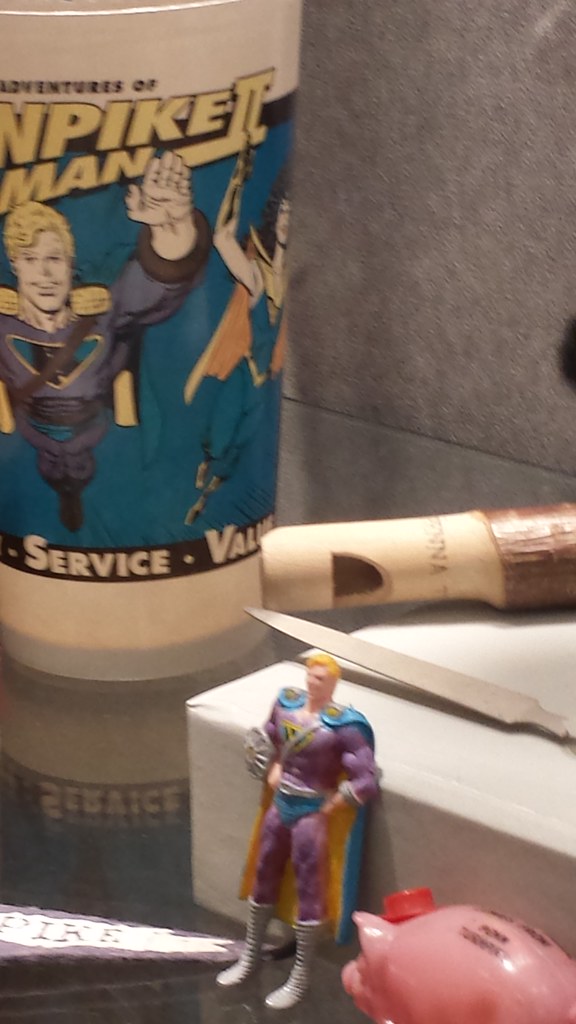 Anyone want to sell me a cup? I just bought the inaction figure on ebay, where 8 of them are being sold as cake toppers.