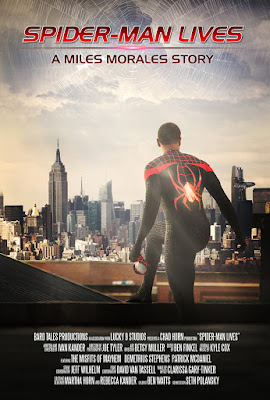 Spider-Man Lives: A Miles Morales Story is a new short film from  Bard Tales Productions, LLC a Falls Church, VA-based firm which specializes in "bringing broadcast level quality productions at competitive pricepoints." Yesterday they contacted me about their new film and said, "A bunch of comic fans in the Washington, DC area thought Marvel should make a Miles Morales film. Since that wasn’t going to happen any time soon, they decided to make their own Miles Morales short." (For non-Spider-Man readers, Marvel Comics introduced a separate "Ultimate" universe a few years, ago, and when Peter Parker was killed, Miles Morales took over his role as Spider-Man.) As of this morning, the film has been online for two days and already has over 100,000 views on Youtube.

The film was impressive enough that I decided to ask producer Chad Horn a few questions about how it was made.


MR: There's obviously some money and a lot of time invested in this. Your site makes it clear that you aren't a bunch of students doing this as a school project. You had enough Ultimate Spider-Man readers in the office to make a fan film?

CH: To really hone our craft we try to do stuff that is way outside of our comfort area every year. Last year we set a girl on fire for a Hunger Games parody, and we had to top it this year. Ivan, the director, was closely watching the Miles Morales story and the potential that he might join the Marvel Cinematic Universe – so when it started to look like that didn’t happen he pitched me on the film. Knowing Jeff Wilhelm (the stunt coordinator who set our Katniss on fire last year) I knew it was something we could try to pull it off even though none of us had any fight scene experience. Our professional line of work being video (television, corporate, political, association, etc.) we knew exactly who to beg, borrow, and steal from to get all of the equipment and personnel to come out to help. All of the pieces kind of fell together at that point and tons of people worked ridiculously hard to pull it off.

We knew we had a lot of introduction to do – Peter Parker is dead, the city is in chaos, Spider-Man is missed greatly – but we also knew we had to get it done as fast as possible to get the audience into the fight scene before we lost their attention. 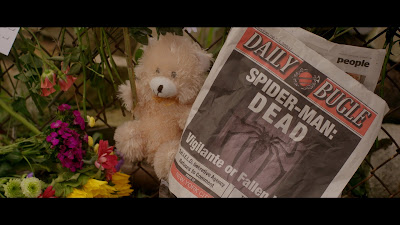 MR: It looks like you had help from a local tv station?

CH:  Francis Abbey, who directed our short film last year, works in the promotions department of WUSA9 and he asked Mike Hydeck if he’d be happy reading our newscast, which he did one morning immediately after their morning newscast. It was just awesome.

MR:  I didn't read too much of the Ultimate Universe after the violence of the first few issues of both the X-Men and the Ultimates (an alternate version of the Avengers) turned me off it. I assume this is the ultimate version of the Kangaroo from the 1970s Spider-Man comic? And who's the girl with the glowing hand?

CH: Kangaroo was the first villain Miles fought in the comics (Ultimate Comics Fallout #4, a little bit before they started to publish the Ultimate Comics Spider-Man), so we felt that was a fitting villain for Miles on screen. Our super-powered thief who got in over her head was Lana Baumgartner, aka Bombshell, who would go on to team up with Miles for a bit later in the series. It was great to get a subscription to Marvel and write it off as a business expense!

Mr. Horn also answered some questions on Youtube, and I've included one of his answers here.

Hammad Imtiaz asked about the budget.

CH: Budget is a tough thing - we spent only a few thousand dollars (minimum wage for the SAG stunt team, got everyone food, paid a few people minor stipends for their work, spent some money on props and wardrobe). Most of the labor, the locations, equipment were donated by local professionals we have regular working relationships with.﻿

Here's the film, and below that are some more photos from the production. Be sure to watch the film through the well-done animated credits to catch the obligatory Marvel post-credit scene.

Here's some behind the scenes shots: 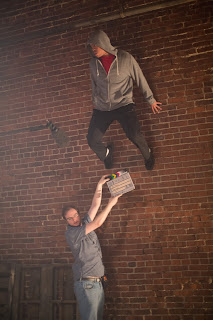 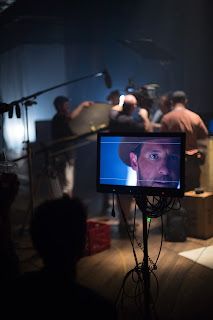 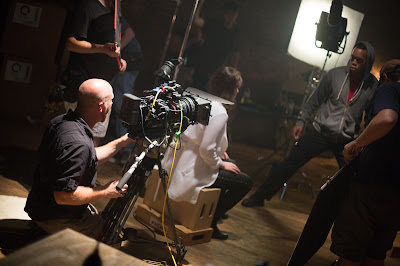 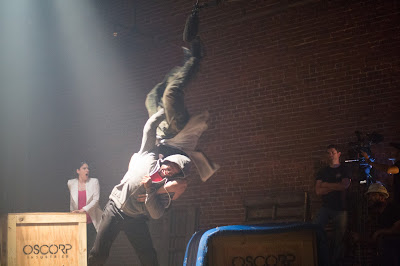 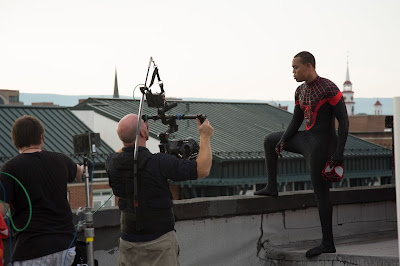 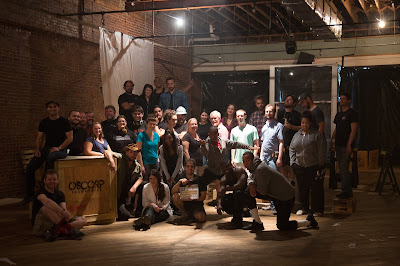 And some stills from the movie: 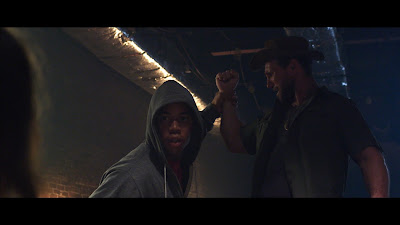 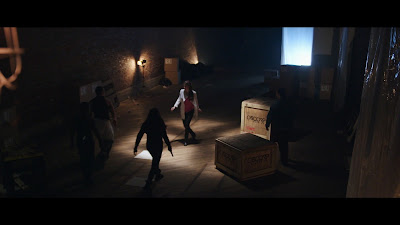 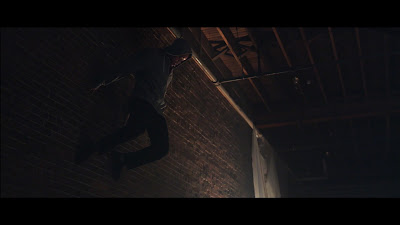 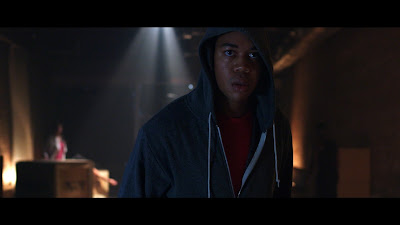