New collections and books on comics have been rolling in from publishers for pre-Christmas / Hannukah / Kwanza publicity. I still can't keep up on reading all of the books coming out, so here's the blurb of each of them from Amazon. I would recommend any of these for a fan though, especially Doonesbury and Roy Thomas' new DC World War II collections.


Four books relating to comic strips have come in already this month: 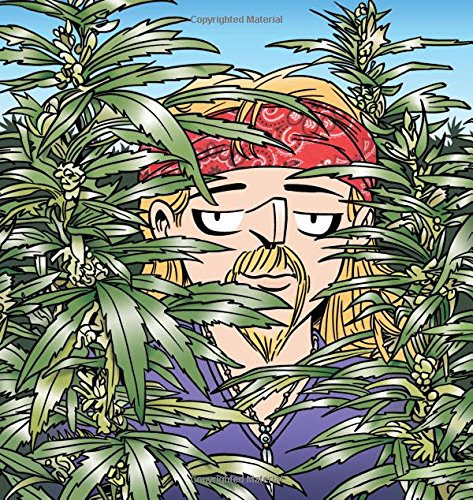 The Weed Whisperer: A Doonesbury Book
by G. B. Trudeau
Andrews McMeel, $20

Welcome to the age of pivots. Two centuries after the Founding Fathers signed off on happiness, Zonker Harris and nephew Zipper pull up stakes and head west in hot pursuit. The dream? Setting up a major grow facility outside Boulder, Colorado, and becoming bajillionaire producers of “artisanal” marijuana. For Zonk, it’s the crowning reset of a career that’s ranged from babysitting to waiting tables. For Walden-grad Zip, it’s a way to confront $600,000 in student loans.

Elsewhere in Free Agent America, newlyweds Alex and Toggle are struggling. Twins Eli and Danny show up during their mother’s MIT graduation, but a bad economy dries up lab grants, compelling the newly minted PhD to seek employment as a barista. Meanwhile, eternally blocked writer Jeff Redfern struggles to keep the Red Rascal legend-in-his-own-mind franchise alive, while aging music icon Jimmy T. endures by adapting to his industry’s new normal: “I can make music on my schedule and release it directly to the fans.”

He’s living in his car. 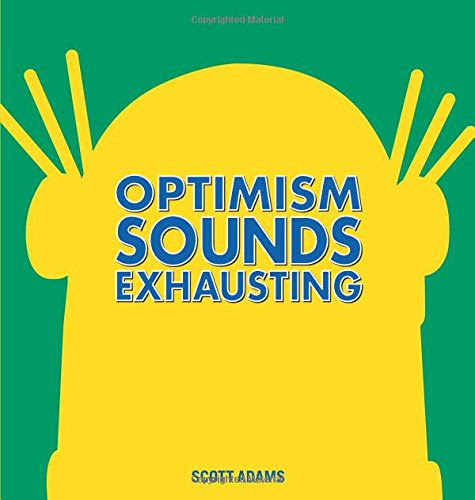 Does Scott Adams really have a hidden camera in your cubicle?

Dilbert, the cubicle-dwelling drone, is at his satirical best with this new collection of cartoons. Dilbert has managed to keep up with technology like iPads and Twitter over the years, as well as advanced systems like the Disaster Preparedness Plan that has its followers eating the crumbs from their keyboards. It doesn’t get any more sophisticated than that.

It’s an office code violation to be this good after so many years, but Dilbert keeps doing what he does best: passive-aggressively out-witting his superiors and exercising conflict avoidance. And he is so good. No wonder office drones and workforce automatons alike can’t resist the cold embrace of Dilbert’s workplace. Tales from the Deep: That Are Completely Fabricated: The Twentieth Sherman's Lagoon Collection
by Jim Toomey
Andrews McMeel, $15

Join Sherman, the lovable shark, and his aquatic cohorts in the comfy environs of Sherman's Lagoon.

Sherman’s Lagoon is an imaginary lagoon somewhere in the tropics, inhabited by a cast of sea creatures whose lives are curiously similar to our own.

Sherman, the main character, is a great white shark who is completely unaware of how intimidating his species can be. He gets pushed around by the other characters, namely: Hawthorne the hermit crab, Fillmore the sea turtle, and his wife, Megan, who is another great white shark, of course. 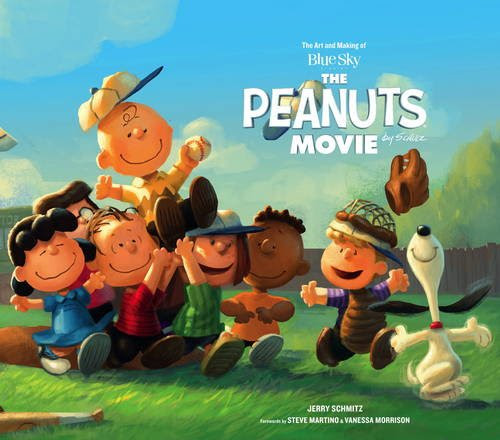 The Art and Making of The Peanuts Movie
by Jerry Schmitz
Titan, $35

This in-depth book goes behind the scenes of the movie-making process and looks at how the movie continues the tradition and legacy of Peanuts. An unmissable experience.

For the first time ever, in November 2015, Snoopy, Charlie Brown and the rest of the gang we know and love from Charles Schulz's timeless "Peanuts" comic strip will be making their big-screen debut; like they've never been seen before in a CG-animated feature film in 3D.


Three books relating to comic books are all reprints of World War II stories from DC Comics, edited by Roy Thomas, a former writer for the company who specialized in retro stories. The stories can be corny now, but these are nice collections and well-priced. 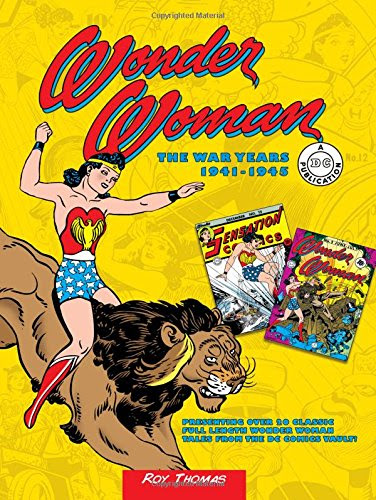 Wonder Woman, warrior princess of the Amazons, is among the most famous heroes of all time. From her introduction in 1941, she has been a shining example of feminism and the strength of womankind. But what was her role during the wartime of her creation? Wonder Woman: The War Years 1941-1945 details how she used her super speed, strength, and Golden Lasso of Truth during World War II to bring peace and justice to a turbulent world. 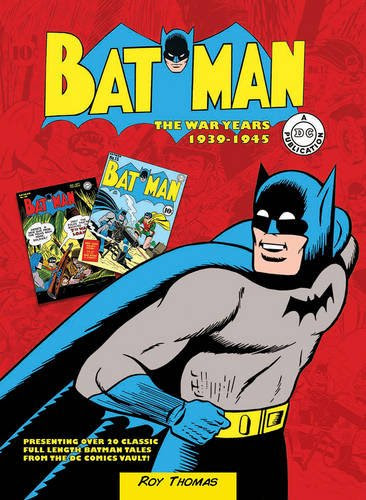 
For more than 75 years, through countless comics, television, and movies, Batman has been a symbol of strength and perseverance. He was created in 1939, on the brink of World War II -- a volatile time, when we needed a hero most. Who better to come to the rescue than the Caped Crusader? For the first time, Batman: The War Years 1939-1945 details The Dark Knight's involvement in the war and his fight against some very real villains. 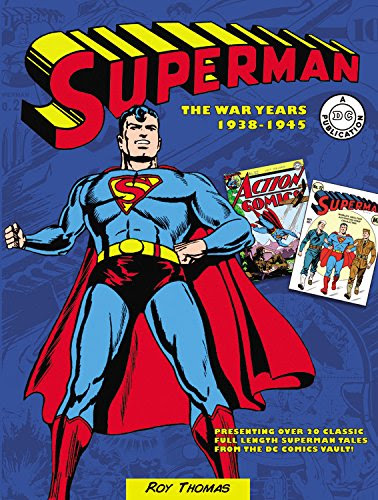 
.
Faster than a speeding bullet! More powerful than a locomotive! It's a bird, it's a plane, it's Superman!
The Man of Steel is one of the most recognized characters in pop culture. Though he may not be from this planet, his dedication to protecting its people is inspiring. Superman: The War Years 1938-1945 shows how his introduction at the start of World War II lifted the spirits of a weary country and brought people the hero they so desperately needed. 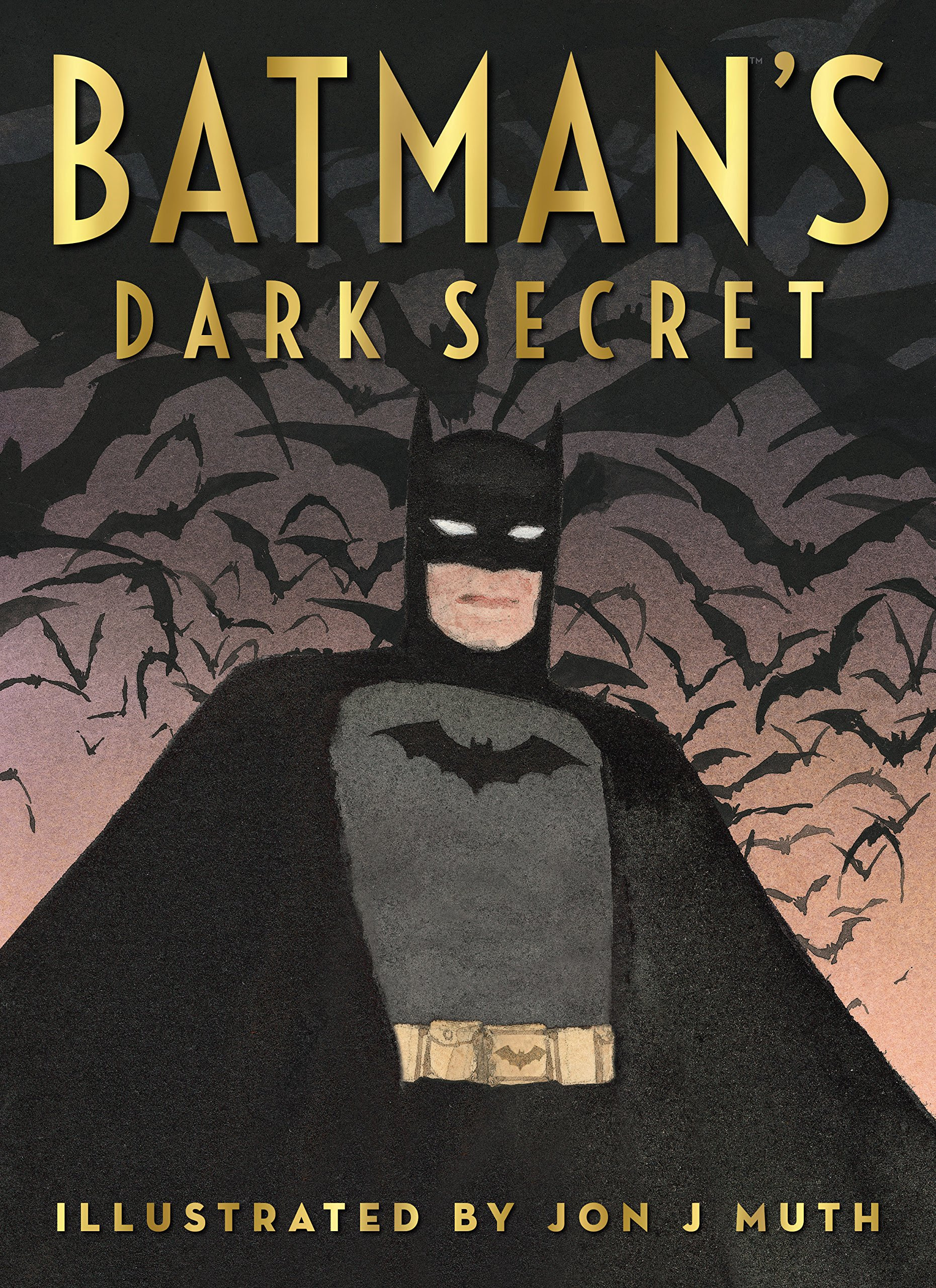 One day, a lonely orphan named Bruce Wayne finds himself in a dangerous situation. He defends himself against a monster bat--and he wins. From that time on, he is determined to fight evil. He becomes ... Batman!

In advance of the new Batman movie coming out in March 2016 comes a beautifully illustrated hardcover version of Batman's Dark Secret! The cover features a new illustration by Caldecott Honor winner Jon J Muth!
Before Muth switched to children's books, he was a comic book artist for years. This is a very good-looking book.

With a Wink and a Nod: Cartoonists of the Gilded Age will examine the history of Puck and American humor through 72 original drawings created for the magazine from the collection of Jean S. and Frederic A. Sharf, supplemented with published cartoons and more than 20 vintage issues of Puck. Organized by the Flagler Museum, With a Wink and a Nod runs from October 13, 2015, through January 3, 2016. An illustrated catalogue will accompany the exhibition.

Finally, I received a copy of this exhibit catalog book because I know Frederic Sharf, the man who loaned the artwork.  Presumably it will eventually be on sale at the museum's website. All the artwork in the book is reproduced from the originals. It's a nicely done, albeit minor, addition to the literature about cartoonists of the 19th century.
Posted by Mike Rhode at 10:20 AM