Meet a Local Cartoonist: A Chat with Christiann MacAuley of Sticky Comics 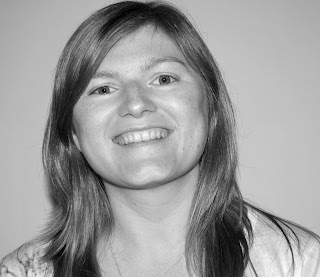 Earlier this year, I met cartoonist Christiann MacAuley at Smudge, a comics expo in Arlington's lamented Artisphere. She's been staying busy with Sticky Comics, a weekly webcomic for Cosmopolitan, but here's her answers to our usual questions. (all images are courtesy of her)

I mostly create one-shot humor comics about modern life. Sometimes they're autobiographical.  My work appears weekly on Cosmopolitan.com since 2013.


I typically draw on off-white paper with a totally normal pencil, like the kind you'd put in a kid's backpack. I draw pretty slowly and erase a lot. Then I ink with a combination of black art pens. After this, I generally scan the page into my computer and add color and shading in Photoshop. I have a Surface Pro 3 tablet with a pen, but I prefer to only use the pen for coloring and sketching, not finished drawings.

I was born and raised in Fairfax County, Virginia in the 80s. I grew up near Herndon in a 50s brick rambler that has since been replaced by a dozen townhomes.

I live in South Arlington in a great neighborhood on Columbia Pike. Unlike a lot of people I meet, I'm from around here, so I'm pretty much living in my hometown. I even went to college in Northern Virginia at George Mason University. I've always had better reasons to stay in the DC area than to leave, including my family, friends, and good jobs. I do require regular travel to keep my wanderlust at bay. One nice thing about being from such a transient city -- I have friends I can visit all over the world who I met here in DC. 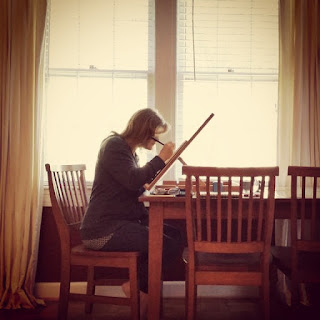 I'm pretty much self-taught, although I have taken some drawing classes and one short cartooning class since I graduated college. As a child I didn't try very hard with art, even though I wasn't terrible at it, and most of my teachers would have said I was best at writing. I still see writing as equally important (sometimes even more important) than drawing in my work. I studied History and Literature in college, which gave me a lot of practice writing, and have participated in some writing workshops since then. I also work as a designer, which gives me a lot of everyday exposure to colors and composition. I'm always trying to get better at both writing and drawing.

During childhood, I read a lot of newspaper comics, and I was particularly inspired by one-panel cartoons like The Far Side and Bizarro. I also liked to read kids' comic books like Donald Duck, funny stuff like Cracked and MAD Magazine, and mystery/horror comics like Tales From The Crypt. My dad subscribed to something called CARtoons, which was a cartoon magazine about cars, and I read it every month. I think that my early impression of comics was more topical and less story-driven, which is probably still reflected in the work I do today. 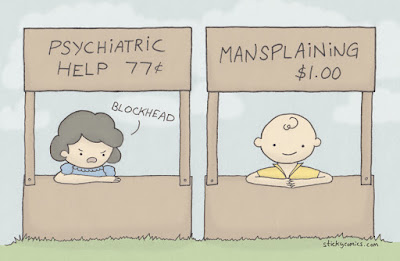 As a young adult, I had an interest in zines (I wrote two zines in high school with friends), and the zine scene introduced me to the raw punkrockness of indie comics. I was an avid reader of Life In Hell by Matt Groening and other indie newspaper comics. But I had almost no interest in seriously making comics until I read Understanding Comics by Scott McCloud in college. It made me consider comics as a powerful, unique medium. I began looking at The Comics Journal and artists like Art Spiegelman and Daniel Clowes. I'm still in awe of Ice Haven by Daniel Clowes, I think it's one of the most innovative comic stories I've read.

I probably would have taken a few more art classes! I would also have liked to learn more about animation, something I'm trying to learn today.

I started making comics and posting them on the internet almost ten years ago. Probably my most widely-shared comic is called An Update Is Available For Your Computer (2011). You can find it on my website, although it's really dated now. Since then, my Cosmopolitan.com comics are what I'm best known for. They largely focus on the humor of everyday stuff, like eating, sex, and riding the Metro, from my own perspective that happens to be female.

I'm really proud of anything that legitimately makes people laugh. When people laugh at my work it makes me feel great. Amusing myself is the main reason I started drawing comics, and making other people laugh is usually why I share them. A few funny comics I'm proud of are How To Go To Work With A Hangover (2015), Juice Cleanse (2015), Morning People Are Smug (2014), The Seven Deadly Keys (2011), and Spoiler Alert (2010).

I'd like to publish at least one book in the near future and probably develop relationships with more magazines or online publications like I have with Cosmopolitan.com. If I ever get better at animation, I wouldn't mind doing more of it. As far as subject matter I'd like to work on, I would love to do some more work related to some other topics that interest me, including technology, futurism, and classical literature. Also, I'd love to write and draw an autobiographical comic memoir at some point.

Work on something else. My twin sister, Sheridan, calls this FAUXcrastination. I think she coined the term. The idea of fauxcrastination is that yes, you're procrastinating, but at least you're getting something done. Otherwise you'd just be watching Netflix or reading Facebook or whatever. I also think getting out of the house, taking a walk, and talking to friends all help. If I have a deadline and I'm in a rut, I basically just force myself to work until dawn. I'm an avid night person.

I think comics have a bright future. It will always be a great way to convey ideas in an accessible and interesting way. I also think there's a great future in being funny, if you can keep it up. I'll never get tired of laughing. 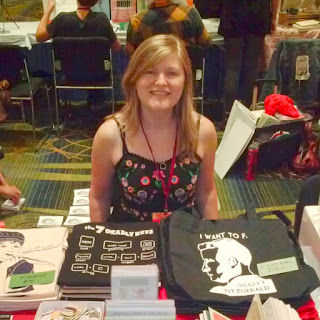 The Small Press Expo is my favorite! I regularly exhibit there, and actually started attending when I was a teenager making feminist zines in the 90s. I have also done Intervention a few times and love the supportive community there. SMUDGE is another awesome local indie comics show I've done twice, and hope to do again. I will probably try tabling at AwesomeCon one of these years too, although I haven't done it yet.

Wow, there's a lot. Personally it's my family and friends. As far as DC area goes, I adore the multiculturalism here. In the DC area, I have eaten almost every kind of food there is, and can regularly see art and culture and meet people from almost anywhere on earth.

Probably just how expensive it is to live here. I'm sort of a minimalist, but even living in a small space without owning a ton of stuff requires a pretty good job and a lot of hard work. I think the cost of living here is hard on the art scene, because it's so hard to make enough money just to pay rent.

I take international visitors to the Air & Space Museum. Not just because I love space travel, but because it's a fairly unique American thing and they usually love it. Some other favorites are the FDR Memorial at night in the winter when the fountains are frozen, the Washington Monument with kites on a windy day in spring or fall, and exhibits and cafeteria at the Museum of the American Indian.

I'm kind of a dive restaurant person, so a lot of my favorite places are in the NoVa 'burbs where you can find great Vietnamese (Pho Vinh Loi in Bailey's Crossroads), Korean (Kogiya in Annandale), Mexican (Taco Bamba in Falls Church), etc. In DC proper, I'm going to say it's Quick Pita in Georgetown.

My website is stickycomics.com. You can find me on Twitter, Facebook, Tumblr, Instagram, and even a few other places. If you google my name you'll also find a lot of my recent work on Cosmopolitan.com.
Posted by Mike Rhode at 2:12 PM