A rulebreaking graphic novel about a young man with the power to redraw reality by bending the outlines of the drawings we put him in.

YOUR PLEDGE TO BUY A BOOK HELPS THE BOOK GET PUBLISHED!
Outliner is a 135-page comic that wants to break the rules of comics.

Its hero is a wannabe comic book artist named John who is on the verge of rock bottom. He's unemployed, lives with his mom, and all he can do is draw drawings and hopelessly stare through his window at the girl next door. 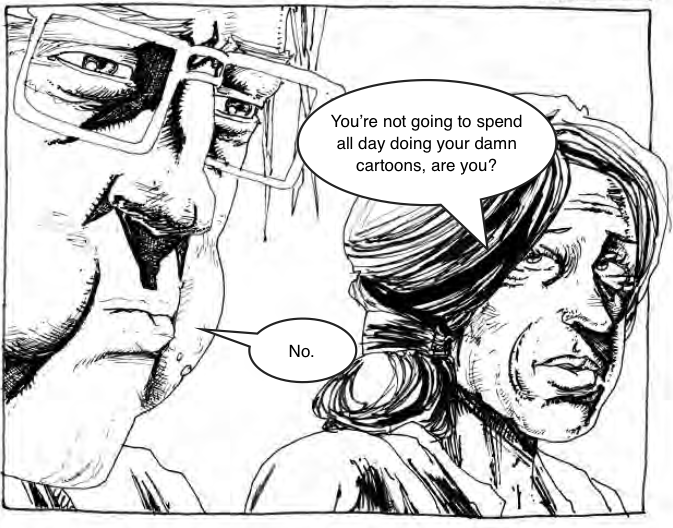 When the bank steals his last dime with a series of overdraft charges, John commits the first of several desperate acts that punctuate the story: he crazily threatens to steal his money back. Police immediately throw him in jail. 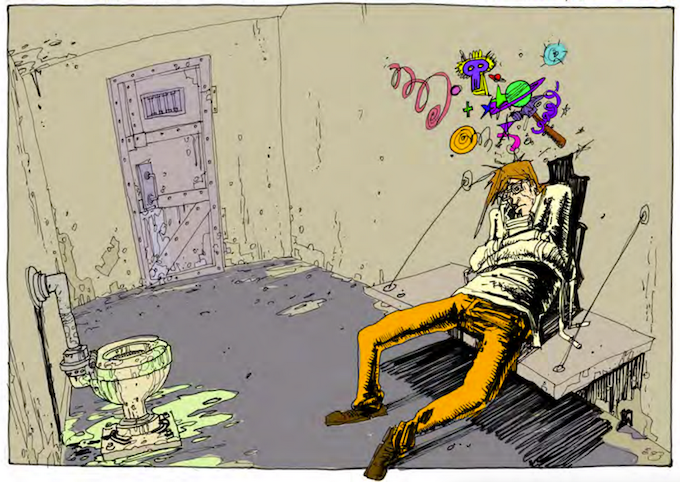 John in jail.
John's arrest is based on a true story. Things get weird, however, as John gradually learns he's inside a comic book, one that he has the power to control by bending the outlines of the drawings he's in. 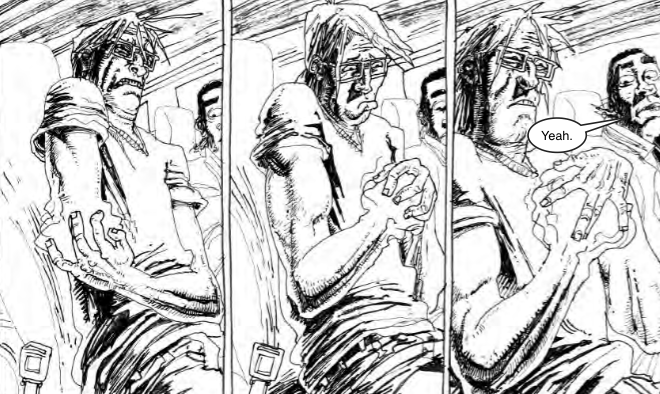 The only problem is that this world is already inhabited by a superhero of John's own making, and the guy is kind of an asshole. And he's relentless, because superheroes never go away. 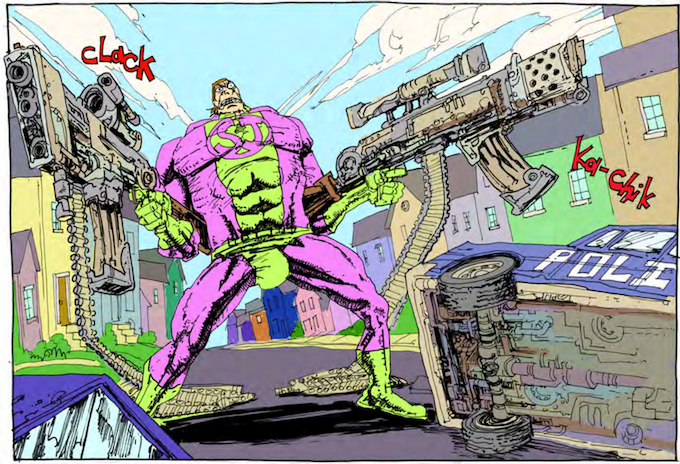 Superjohn.
John has to escape the unreality he created. He has to learn to make friends, and he has to find a real hero. He also needs to quit crying and puking so much.

The story and art are finished. The art is by Jon Reed, an illustrator with whom I've collaborated before. We need roughly $1,300 to hire a letterer -- the words and balloons you see above are placeholders -- and the rest is for getting books printed to send to publishers and media. And of course, to our donors!

I've included images of the inks before and after Jon Reed added color via computer so donors can see what it looks like in black and white.

I don't see a major obstacle to getting a small number Outliner books printed and delivered to donors. We think of that as an initial step toward hopefully landing on a bigger platform and reaching a bigger audience.

Arthur Delaney is a professional journalist covering politics and the economy for The Huffington Post. He co-hosts the HuffPost Politics podcast and writes about presidential campaigns and Congress, with an eye toward connecting the stories of real people to the national policy debate. He lives in Northeast Washington, D.C. with his family and you can reach him via arthur.delaney@gmail.com.

Jon Reed is an accountant who has done illustration work for IDW Publishing, BOOM!, and Kevin Eastman. He lives in Northern Virginia with his family.
Posted by Mike Rhode at 11:06 AM