Local journalist and comics fan Michael O'Connell is collecting pieces of a Steve Canyon collection originally assembled by Richard Bauman, a former Coast Guard officer. Mike tells ComicsDC he has interviewed the Bauman family and is working on a story about it. Meanwhile, he's started to post some of the Steve Canyon images on his Pinterest and Facebook pages, along with tidbits regarding how he acquired a few of the pieces. 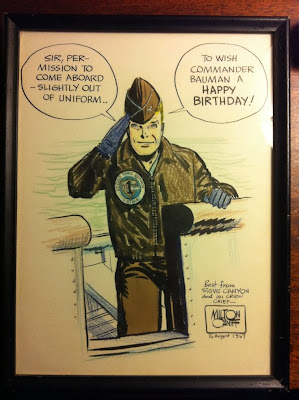 Courtesy of Michael O'Connell
Posted by Matt Dembicki at 10:12 PM