'Nightmare the Rat' is coming to the web

Cartoonist Rafer Roberts is taking his “Nightmare the Rat” cartoon from the pages of the Magic Bullet comics newspaper to the web, beginning Jan. 1. It will be updated weekly.


According to Roberts on the D.C. Conspiracy Tumblr, the first few weeks will reprint the strip up to date, and around mid-May the comic will start to publish a year’s worth of all new made-for-the-web content. ("It won’t be the larger 'Sunday' strips but a 'weekday' style adventure serial," he writes.) Roberts added that he will continue with the larger strips for Magic Bullet as well work on his comics series Plastic Farm. 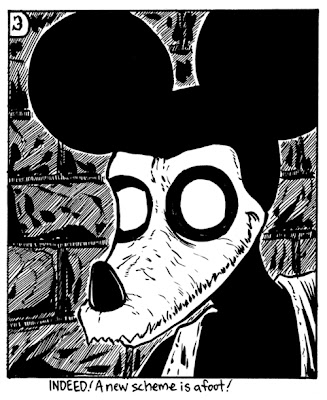 Nightmare the Rat, courtesy of Rafer Roberts
Posted by Matt Dembicki at 4:54 AM