I've got some old newspapers that I'm clipping the comics out of to send to Michigan State University. Here's John Fischetti's December 6, 1969 cartoon from the Chicago Daily News: 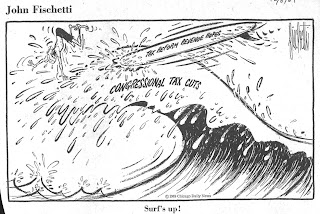 and here it is with one word edited out to make it relevant 40 years later: 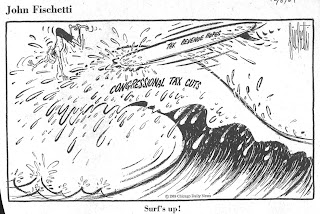 Some may argue that you don't need to alter it to make it relevant, but I don't think extending tax cuts for the rich is a 'reform.'
Posted by Mike Rhode at 10:38 PM