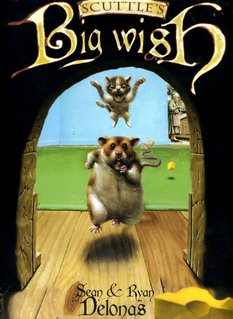 Sean Delonas and his son Ryan signed their new children's book, Scuttle's Big Wish today at Aladinn's Lamp bookstore in Arlington. Sean is the New York Post's cartoonist for Page Six. Ryan's a ten-year old who tells stories. The two collaborated on Scuttle, a retelling of King Midas, which was picked up by HarperCollins. Sean painted each page in oil (see the photo of two of the paintings) and each took about 100 hours to complete. With revisions, the whole book took about four years, but they've got two more in the pipeline now. Sean told me that he got started in cartoons when his friend Bay Rigby at the NY Post took a break and recommended him as a replacement. Sean's website, linked above, has plenty of examples of his cartoons.

The bookstore had them sign some extra copies which should be available. (They also had signed copies of Mo Willems' You Can Never Find a Rickshaw When It Monsoons: The World on One Cartoon a Day.) 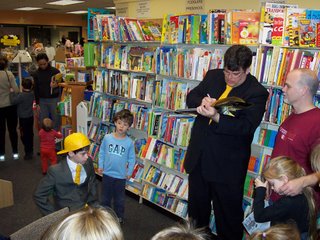 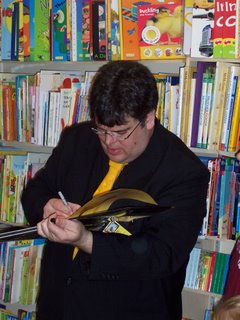 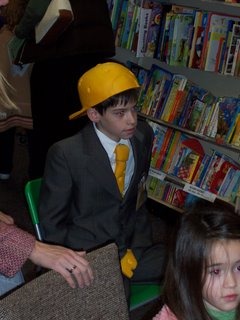 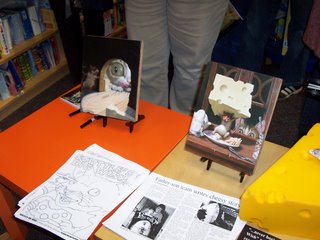 Two original oils for the book.
Posted by Mike Rhode at 8:10 PM