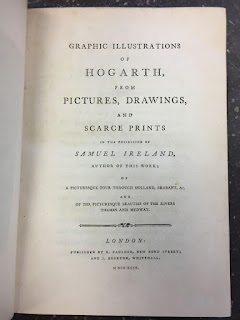 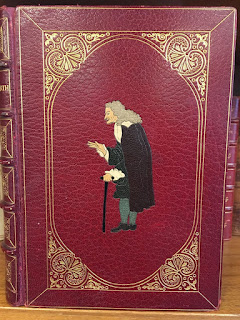 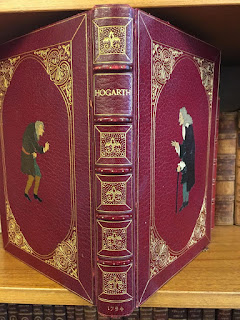 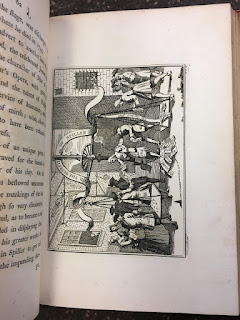 While the book dates from 1774, the binding is much later as this type was introduced in the 1880s and went into the 20th century.
Hogarth, William; Ireland, Samuel

With 57 plates, some aquatint, one folding; The front inlay is Count Viviani, from plate 3, page 34, the rear inlay is from plate 1 page 25.;

William Hogarth (1697-1764) was an English painter, printmaker, pictorial satirist, social critic, and editorial cartoonist. His work ranged from realistic portraiture to comic strip-like series of pictures called "modern moral subjects", perhaps best known being his moral series A Harlot's Progress, A Rake's Progress and Marriage A-la-Mode. Knowledge of his work is so pervasive that satirical political illustrations in this style are often referred to as "Hogarthian". [wikipedia]