One of the things I like to do at comic book conventions is hit the discount graphic novel bins. One of the treasures that I found at AwesomeCon was a beautiful hardback book about Trump magazine, published by Fantagraphics. You're probably thinking the same thing I thought of when I picked it up, but never fear, it's not that Trump. In this case, Trump magazine was a satirical collaboration between Harvey Kurtzman (of MAD magazine fame) and Hugh Hefner (of Playboy fame), published by Playboy in 1957. 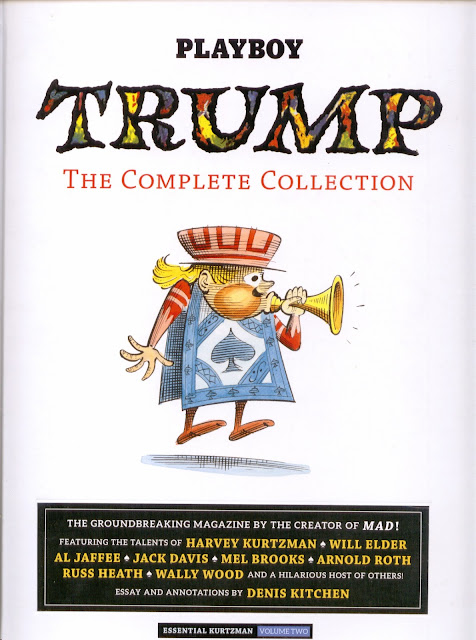 There is an excellent essay by Denis Kitchen explaining the history of the times and Kurtzman's poor business choices that led to him working with Hefner. Kurtzman brought practically the entire MAD magazine bullpen with him, including Will Elder, Al Jaffee, and Jack Davis - a veritable murderer's row of brilliantly satirical artists. Unfortunately, a combination of economic woes for the publisher and Kurtzman's procrastinating perfectionism meant that only two issues of Trump were every published. 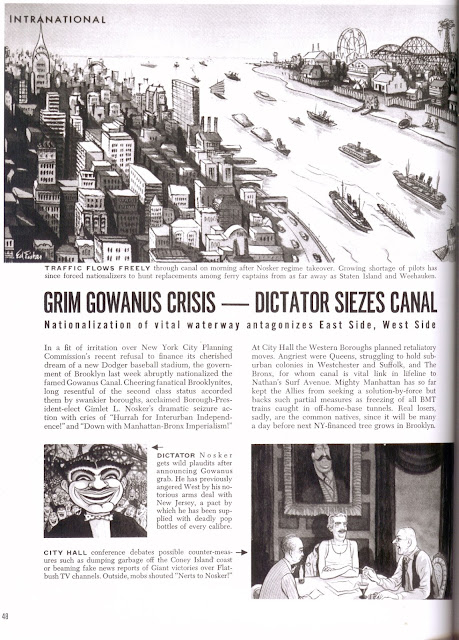 Fortunately for contemporary readers, this means that both full issues are published in the single book, along with annotations and accompanying back matter. The annotations are more than occasionally necessary, especially for readers who are not up on current events from six decades ago. Bits and pieces of what might have gone into the third issue also appear at the end of the book, along with a slew of speculation. Probably the most interesting of these is the flexagon template that Kurtzman was planning to publish as the centerfold. 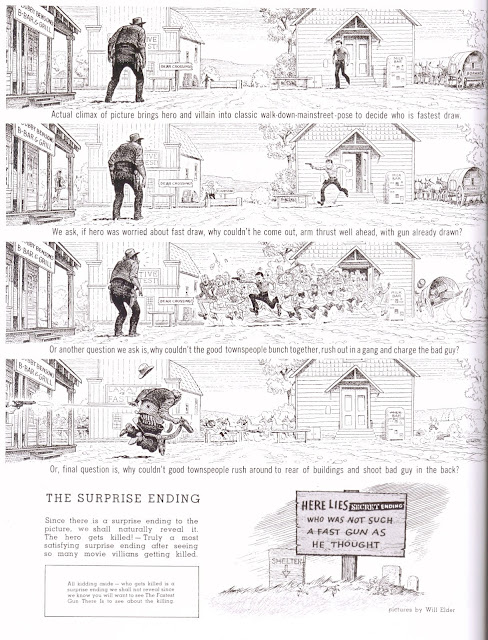 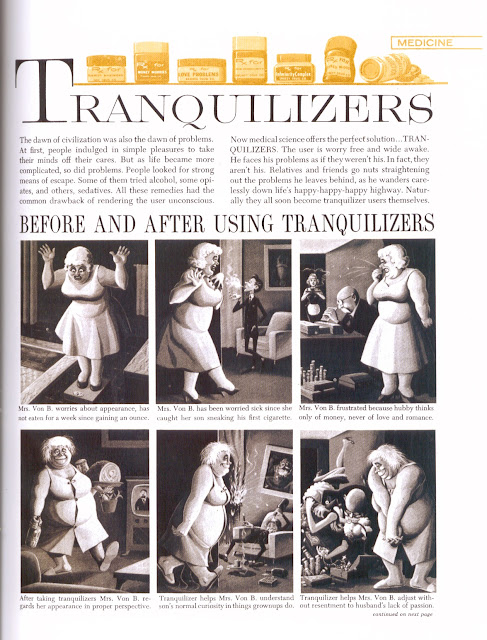 Because MAD was printed in black and white on sub-optimal paper with sub-optimal printers, the art had to be cruder. Leveling up to a better publisher meant that the artists had access to better paper quality and better printing technology and they took advantage of it. One of the parody ads was created with a scratchboard and had much more detail than something created for MAD would have had. 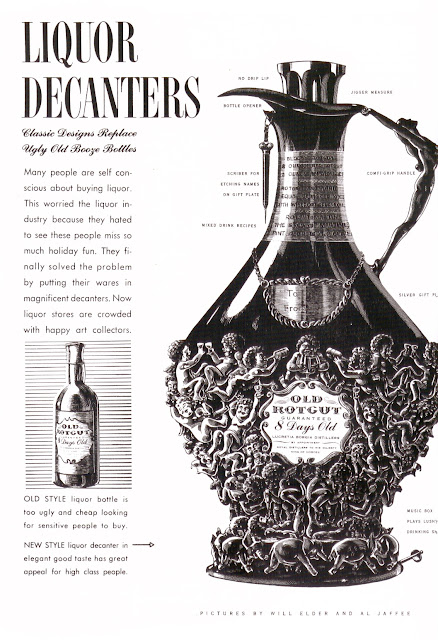 One interesting item in the first issue is a reprint comic from "60 year old cartoon" - a French artist named Caran d'Ache. The joke is solid imperialist humor without being racist, which means that in involves animal humor. It's interesting to run into a 120 year old comic in an archival edition of a 60 year old magazine. 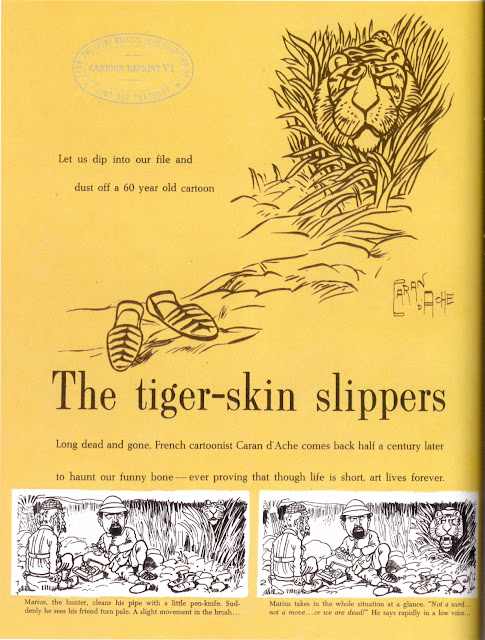 Overall, the book is worth your while if you're like me - an avid fan of old comics-related anthologies, especially those from the middle of the last century with both an interesting backstory and a limited print run. If you don't have my specific interests and you just want to laugh at something named Trump that has nothing to do with the 21st century, you might like this collection as well. 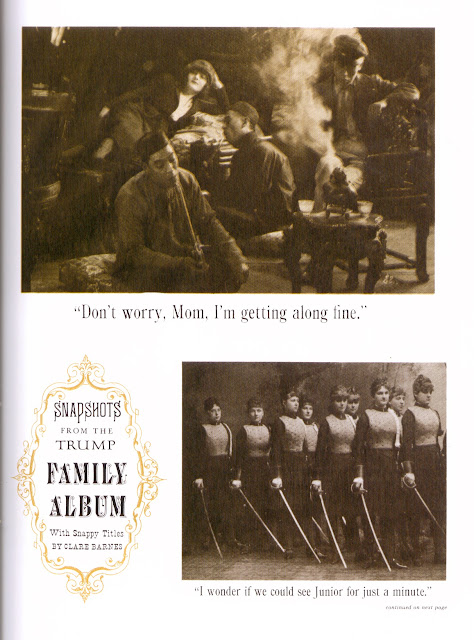 When I moved to Arlington two years ago, I didn't realize that Mike lived within a mile of my building. Nor did I realize that he lived next door to my ex-girlfriend's friend from college. We also discovered, by accident that we work two buildings away from each other, because we work in adjacent organizations. The world is a very small place, sometimes.

In summary: this is an article about comics from someone in the DC area.
Posted by oletheros at 5:10 PM