May 21: Cartoonists at Gaithersburg Book Festival 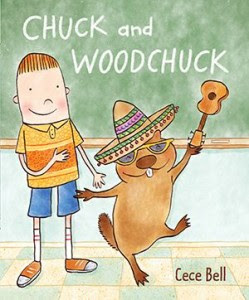 Cece Bell is the author-illustrator of the Theodore Seuss Geisel Honor Book, "Rabbit and Robot: The Sleepover." She is also the creator of the Newbery Honor–winning graphic novel, "El Deafo," and "The Sock Monkey" picture books, among other works for children. Cece Bell lives in an old church in Virginia and works in a new-ish barn right next door.  She has worked as a freelance illustrator for all kinds of nutty projects, but is now a full-time author and illustrator. Cece enjoys moments of hilarity with her husband, Tom, along with three three lady dogs and two youngsters. Twitter: @CeceBellBooks 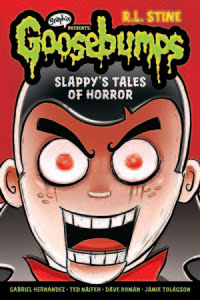 Dave Roman is the author/illustrator of the "Astronaut Academy" series (winner of Maryland's Black-Eyed Susan Book Award) and writer of the graphic novels "Teen Boat! Race for Boatlantis" and "Agnes Quill: An Anthology of Mystery." He has contributed stories to "Comics Squad: Recess!," "Explorer: The Mystery Boxes," "Nursery Rhyme Comics" and "Goosebumps Graphix: Slappy's Tales of Horror." Roman is a graduate of the School of Visual Arts, has worked as an editor at Nickelodeon Magazine and lives in Astoria, NY. His latest project is the all-ages webcomic, "Starbunny, Inc." Facebook Twitter: @yaytime 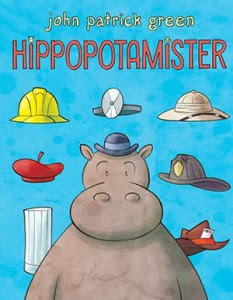 John Patrick Green grew up on Long Island and has worked in New York City since graduating from the School of Visual Arts with a degree in graphic design. His latest project is "Hippopotamister," his first graphic novel as writer and artist. John is the artist and co-creator of the series Jax Epoch, and the comics "Quicken Forbidden" and "Teen Boat!," both with writer Dave Roman. He was the comics consultant for Disney Adventures magazine and has also worked on comics for DC Comics, Nickelodeon, DreamWorks and Scholastic Graphix. He lives in Brooklyn with zero cats and way too many LEGOs. Facebook Twitter: @JohnGreenArt 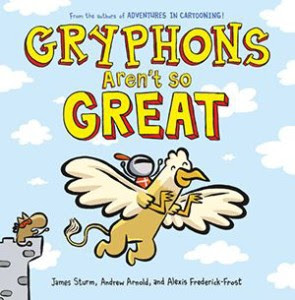 Alexis Frederick-Frost is co-author and illustrator of the critically acclaimed Adventures in Cartooning series of graphic novels and picture books. A combination how-to book and an exciting adventure story, "Adventures in Cartooning" was one of Booklist's Top Ten Graphic Novels of 2010 and has received many awards. Alexis also wrote and illustrated the monthly comic Kit and Clay published in The Phoenix Magazine in the United Kingdom. His illustrations have appeared online and in a variety of publications including Nickelodeon Magazine, The Adventure Time comic and others. A graduate from the inaugural class of the Center for Cartoon Studies, Alexis currently lives with his wife in Maryland. Twitter: @afrederickfrost 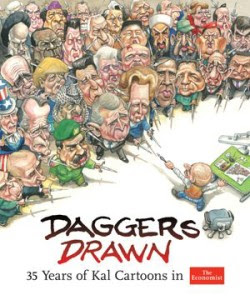 Kevin Kallaugher (KAL) is the international award-winning editorial cartoonist for The Economist and The Baltimore Sun. In a distinguished career than spans 38 years, KAL has created over 8000 cartoons and 140 magazine covers. His resumé includes six collections of his published work, exhibitions in a dozen countries, awards and honors in seven. In 2015, KAL was awarded Cartoon of the Year in Europe, The Herblock Prize and was a finalist for the Pulitzer Prize. The World Encyclopedia of Cartoons said of Kevin "Commanding a masterful style, Kallaugher stands among the premier caricaturists of the (twentieth) century." 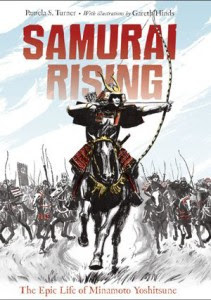 Gareth Hinds is the creator of critically-acclaimed graphic novel adaptations of literary classics, including "Beowulf," "King Lear," "The Merchant of Venice," "The Odyssey," "Romeo & Juliet" and "Macbeth." His latest illustration project is the action-packed nonfiction book "Samurai Rising," written by Pamela Turner, which has received four starred reviews. Gareth is a recipient of the Boston Public Library's "Literary Lights for Children" award. His books are used in English classrooms across the country, and his illustrations have appeared in the Society of Illustrators, the New York Historical Society, and over a dozen published video games. Gareth lives in Takoma Park, MD. Blog: Hindsight Twitter: @garethhinds Facebook: Gareth Hinds Tumblr: Gareth's Tumbler Pinterest Gareth Hinds

Can't stop reading graphic novels? Good! Come check out some outstanding recently published graphic novels. Learn about our state's graphic novel book award. Explore the different elements found on a page of a comic. Create a one page comic of your own with help from special guest Dave Roman!