Ryan Claytor on his VA and DC stops

I missed Ryan at the Fantom Comics store due to a previous commitment, but he stopped by later in the evening and we had a meal, and I loaned him a bed. Here's his account. We'd never met before but hit it off well. He's a really nice guy and I'd advice anyone on the northern leg of his tour to stop by and meet him and buy his comics. 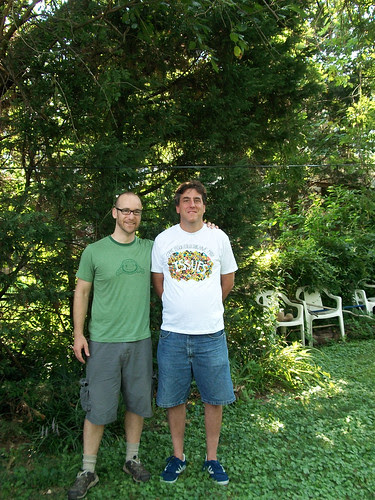 Ryan Claytor and Mike Rhode (note our t-shirts, mine was a gift from my wife and says "Comic Book Collectors have issues", his is the 3rd version advertising his comics that I'd seen by that point).
Posted by Mike Rhode at 8:05 AM