Day 1 of Baltimore Comic-Con with photos 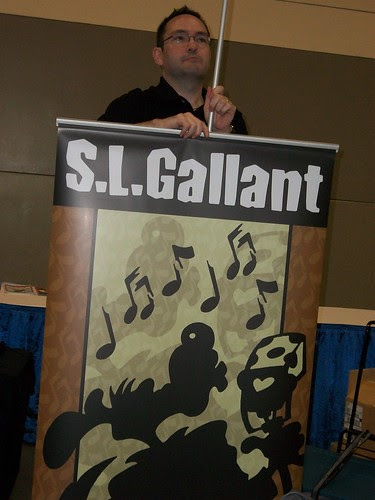 Some quick notes - the Con seems to be a smash success. The line wrapped around the convention center this morning and people were still waiting to get in at lunch time.

I met some of the local comic book creators who've been mentioned in this blog, but not in detail such as the Luna Brothers, Pop Mahn and Frank Cho. Expect more on all of them to follow. 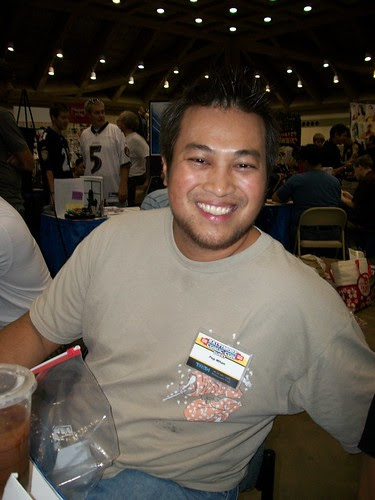 The Trickster anthology creators have a strong presence with about five of them in various locations, including Matt Dembicki, Rand Arrington and Mike Carr that I've found so far. Dembicki and Andrew Cohen's history of the Heurich Mansion is out and I've bought mine from them.

Todd McFarlane's signing line was stunningly long, snaking through a set of stanchions and then following the wall behind the whole Kid's section.

Pictures of many local creators are here (for the present, see the photo name for the title). Carla Speed McNeil isn't pictured, but is at the con. Same with the Bamn crew. 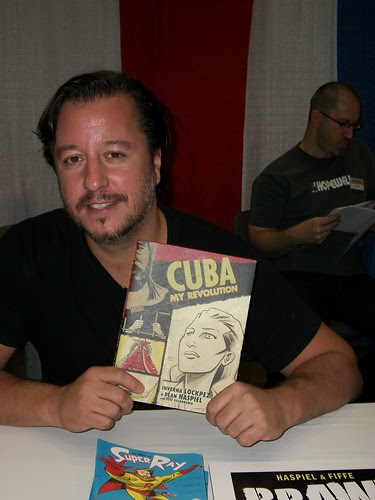 Emmy-winning Dean Haspiel had a single copy of his newest graphic biography. However he's got promos comica of his Emmy artwork.
Posted by Mike Rhode at 10:49 PM