Corporations vs Collectors: The Excesses of Hallmark Christmas ornaments (UPDATED)

I used to collect Hallmark's Christmas ornaments. I slowed down last year and completely stopped this year. (Hypocrisy update: Well, I had stopped until I went to a Hallmark store looking for Scooby-Doo ornaments and cartoon cards. Then I slipped off the wagon again. A habit since 1993 is hard to break it turns out, at least at half-price.) 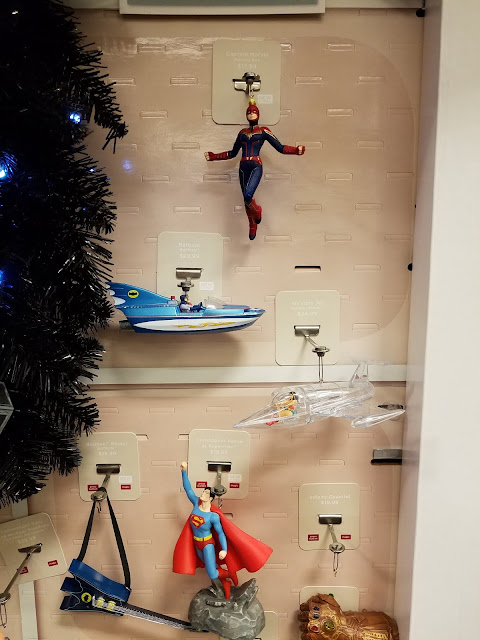 In 1993 Hallmark started producing superhero ornaments for their Keepsake line, but only one a year: 1993 - Superman; 1994 - Batman; 1995 - Batmobile; 1995 - Superman.  In 1996, Marvel was included and Wonder Woman and Spider-Man appeared. 1997 was Marvel's Hulk with no DC one. The situation reversed in 1998 with DC's Superman miniature and no Marvel one.  1999 saw three DC ones - The Flash, Batman and Robin miniature, and a Celebrate the Century postage stamp of Superman. 2000 was back to two from DC - a Catwoman miniature and a Super Friends lunchbox.

By 2006, 13 years after Hallmark started licensing them, they had four ornaments - two from DC (Superman The Man of Steel and Batman The Bat-Signal) and two from Marvel (Spider-Man and New Breed of Superheroes).

Christopher Reeve as Superman is this year's Superman, and a bit strange, since there's no anniversary associated with the 1978 movie and 2019. 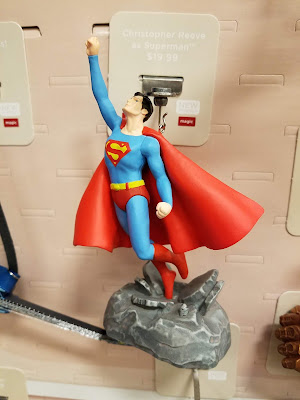 This year, they have 13. Or 14 if you count the two "mystery" versions of Captain Marvel. The second version shows her uniform in the Kree colors. 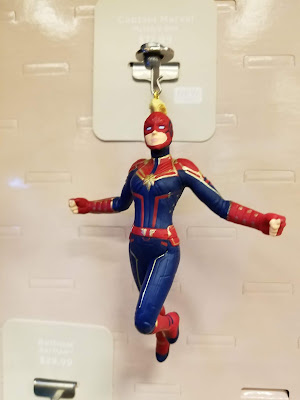 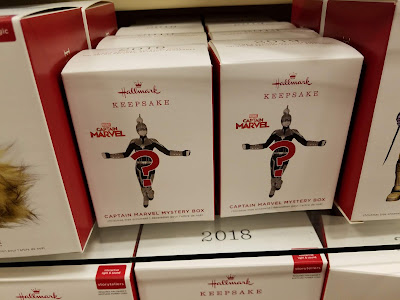 Or 15, if you count the non-Keepsake series Flash. 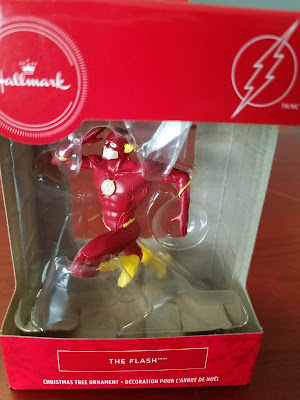 For some reason, the 1960s Batman tv show continues to be popular, with two ornaments this year. The second of which is a Bat-guitar, for some odd reason. 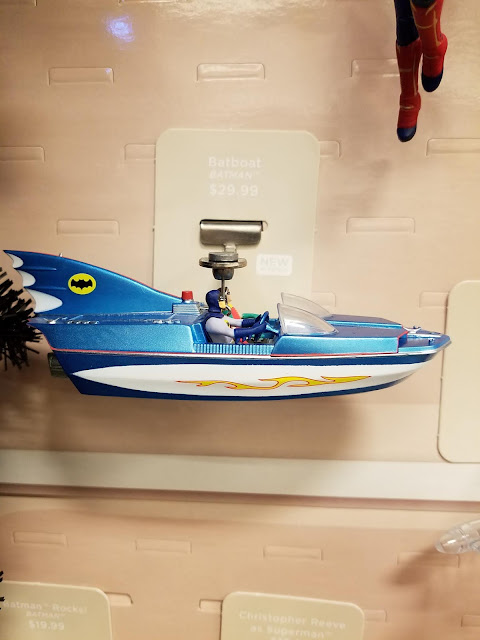 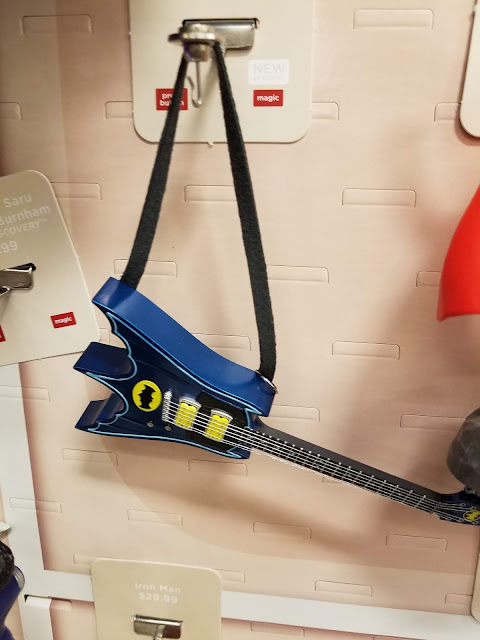 As does the Lego Batman movie, with a Robin figure this year. 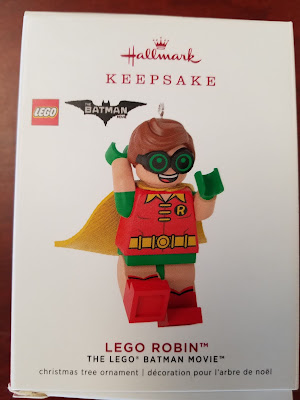 Wonder Woman in her invisible jet is at least a classic icon from the comic books. 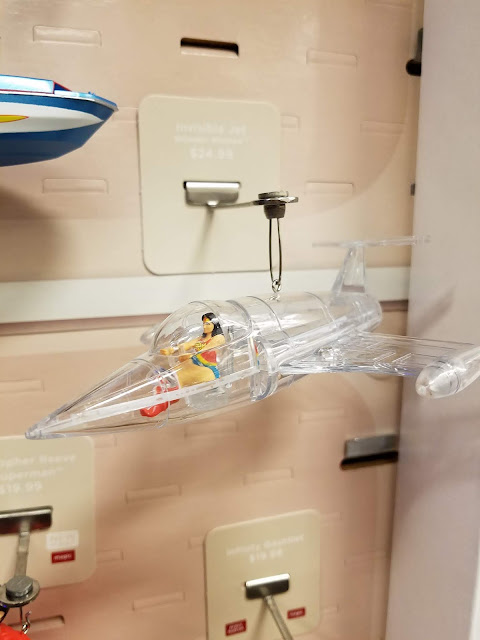 Batman's pose is taken from the classic Frank Miller story, The Dark Knight Returns, which has seen several sequels in recent years. 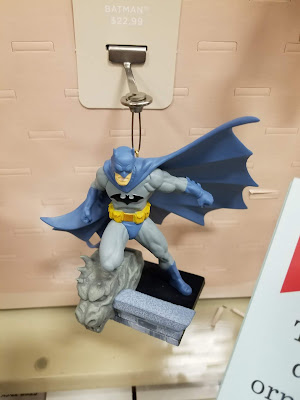 And the Iron Man ornament wears his classic armor from the 1960s and 1970s, drawn most often then by Gene Colan. 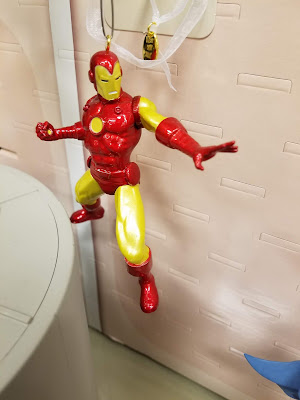 Spider-Man in a Santa hat is a perennial.

For a few years, they've done these mini-ornaments. 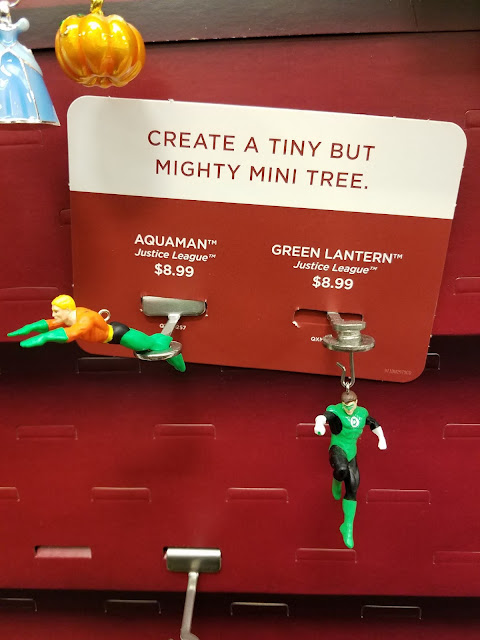 One wonders who wants to hang Thanos, a genocidal space alien villain on the tree though. That's two ornaments by the way - the Infinity Gauntlet has broken from it's hanger above. 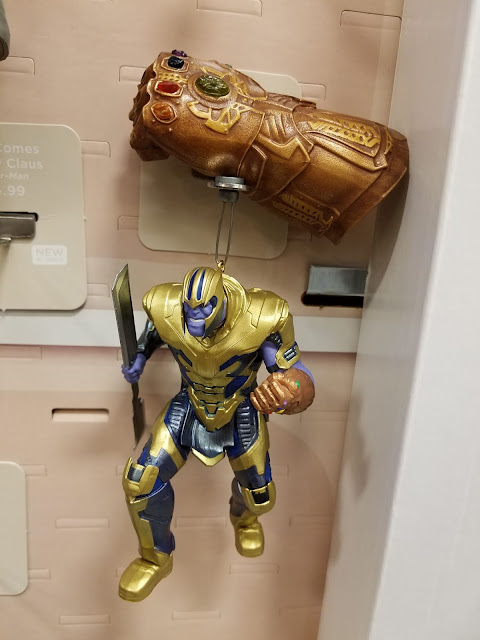 Let alone a villain from The Walking Dead... 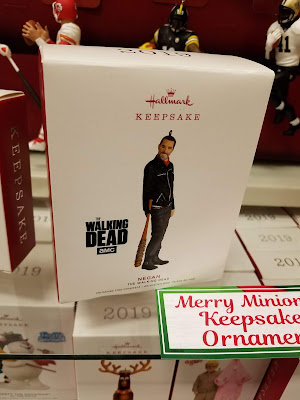 But the main reason I stopped collecting these is cost.

At an average cost of $20, the whole superhero collection (not counting Walking Dead or the non-Keepsake Flash at $8.99) will cost you $256 before tax. And there's so many of them, that within a couple of years, the only ornaments on a tree would be superheroes. I've already got at couple of storage tubs full, because I foolishly never expected these to be produced for so many years when I started collecting them at the beginning. It's in the nature of corporations to maximize their intellectual property, and I shouldn't be surprised about this. I also know that nobody is forcing me to buy all of these, or any of these, and that superheroes are big business now. I'm just bemoaning the ever-increasing tendency of  fandom to be run into the ground by the ever larger companies that control the IP behind it. A very similar blog post could have been written about Hallmark's Star Wars or Star Trek ornaments. And this isn't even looking at animation characters from Disney or Warner Bros... At some point, the golden goose is going to die from overuse, I think. But I might be wrong about that too.

Should you be interested in any of these, you can get most of them through Hallmark's website.  There's even more there that I didn't see at my local Hallmark shop, and it's also hard to tell what's new for this year and what they still have in stock from last year. And Hyperallergic just ran an article on the Henry Ford Museum collection of them.