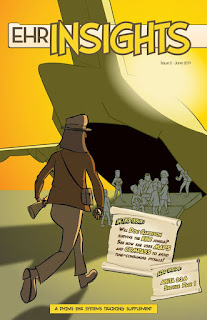 In 2011, 3 issues of EHR Insights were published by the Defense Health Information Management System (DHIMS) which was based in Falls Church, VA at the Skyline complex. The comic book was built on the same lines as Will Eisner's WWII-and-beyond-era PS Magazine. The comic was "the new training booklet for the military's Electronic Health Record" which was designed by the Army to complement its pre-existing AHLTA system.

Unlike PS Magazine, EHR Insights survived for only a year and has mostly vanished without an electronic trace. ComicsDC writer R.M. Rhodes gave me a copy of issue 2 today and I started poking around looking for information on it. The main source of information online is a blog post by Brandon Carr who was the creator of the comic.

The comic itself is a mixture of single page comics and text, and a feature story. In #2 it's an Indiana Jones takeoff, "Montana Jackson on the Quest for the Golden Record." 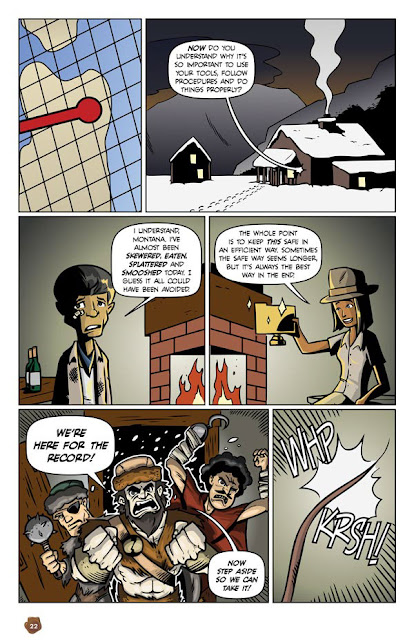 Carr wrote that 10,000 copies of each comic were printed, but none are currently cataloged in WorldCat and only my copy is now indexed in the Grand Comics Database, although a set should theoretically be in the National Archives. My copy of this issue will be sent to Michigan State's Comic Art Collection soon, but it's also now scanned and available in the Medical Heritage Library. 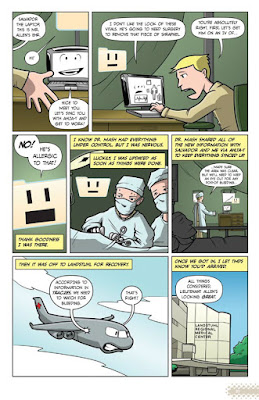 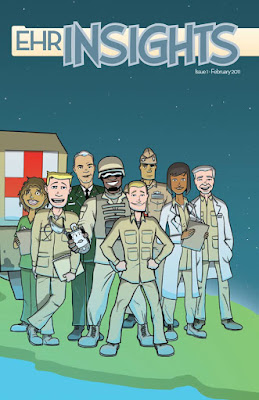 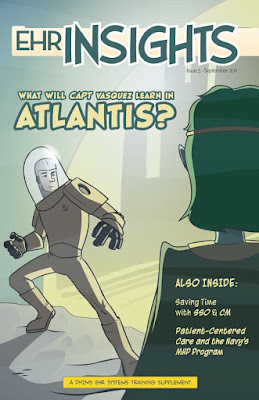 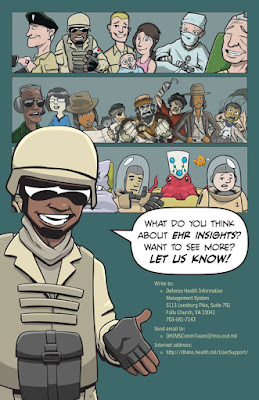