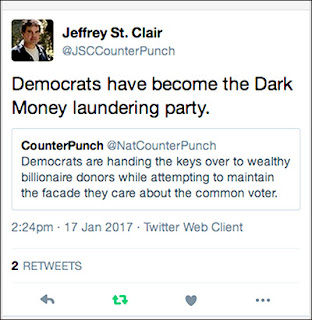 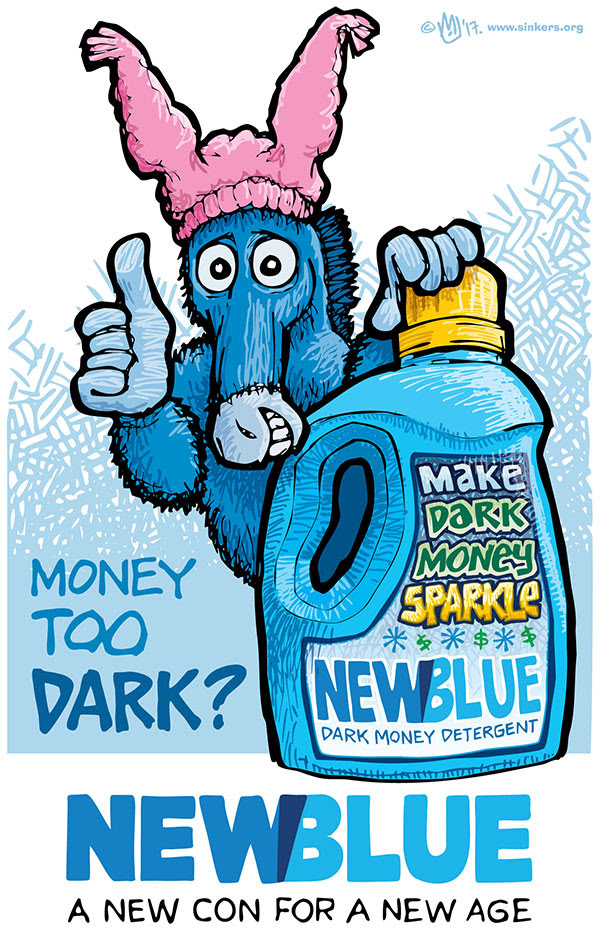 Oh, sweet friggin' jayzus, what are those wacky Third Way Democrats up to now? Why, they've launched another 501(c)4 "dark money" astroturf outfit, the "New Blue" campaign which, to most regular folks, sounds like a really good name for a brand of laundry detergent -- like, twenty million dollar laundry detergent.

Their announcement is so full of wonk patois that even this old Washington kid is going into Beltway Babble Overload. I especially like the queefage about Left populism becoming "an uncontrollable prairie fire". Ya dumbasses, you say that like it's a bad thing. That's the whole beauty of true grassroots uprising -- that it's organic, spontaneous, with a life of its own, an uncontrollable prairie fire. That's what they call revolution.

But, then, that's pretty much lost on these Democratic astroturfing doorknobs, isn't it?


(special Thanks to Jeff St. Clair at CounterPunch for inspiring this cartoon with this tweet:
https://twitter.com/JSCCounterPunch/status/821438117580193792 )