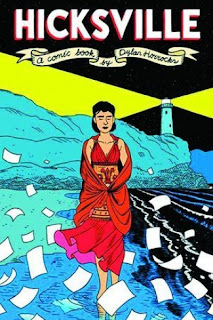 The year 1986 was a turning point in the history of comics. Alan Moore and Dave Gibbons began publishing their acclaimed limited series, Watchmen. Frank Miller released his four-issue miniseries reimagining the Batman story, The Dark Knight Returns. And the first volume of Art Spiegelman’s comics memoir, Maus, was published by Pantheon Books. A year earlier, while it was still being serialized in RAW magazine, the critic Ken Tucker suggested that Maus’s existence might help "expand the very notion of what a comic strip can do, to make intelligent readers reconsider — and reject — the widespread notion of … ‘comics-as-kid-culture.’ "

Lee Konstantinou is an assistant professor of English at the University of Maryland at College Park and author of Cool Characters: Irony and American Fiction (Harvard University Press, 2016).

Posted by Matt Dembicki at 9:18 PM