Last week, I spent a week in Lima and Cusco, Peru, teaching comics to high school and college students who are learning English, as well as teachers who teach English. The sessions, which were organized by the U.S. State Department, were held at what are called Binational Centers (BNCs), which are partially English language schools.

Upon arriving in Lima, I first served as a co-judge for an annual national comics contest for youths, who submitted two-page comics focused on an environmental issue, ranging from recycling to deforestation and water pollution. What was especially cool was the number of girls/women who participated. In fact, two of the top three winning strips were written/drawn by women.

Following the announcement of the winners live via webcast to the BNCs, I rolled up my sleeves and got going on the comics-making workshops with ESL teachers. Since the focus was on how to use comics to raise awareness of environmental issues, the teachers did one-page comics on an environmental topic.

Over the next few days, I held similar workshops for BNC students and the general public. It was especially interesting to see the wide range of ages of folks who attended the workshops. I also had an opportunity to talk about my personal work at a few events and through media interviews.

At all these events, it was especially gratifying to see a passion for comics. Brazil and Argentina tend to grab international attention when discussing South American comics, but Peru has a wonderful array of comics creators. It’s encouraging to see an indie/self-publish scene in Peru, and to witness an acceptance of comics among the general public as a medium to entertain and educate. And it’s especially wonderful to feel a connection globally through comics. I’ve made some great friends in Peru. I think you’ll see fruits of those friendships in the years to come. 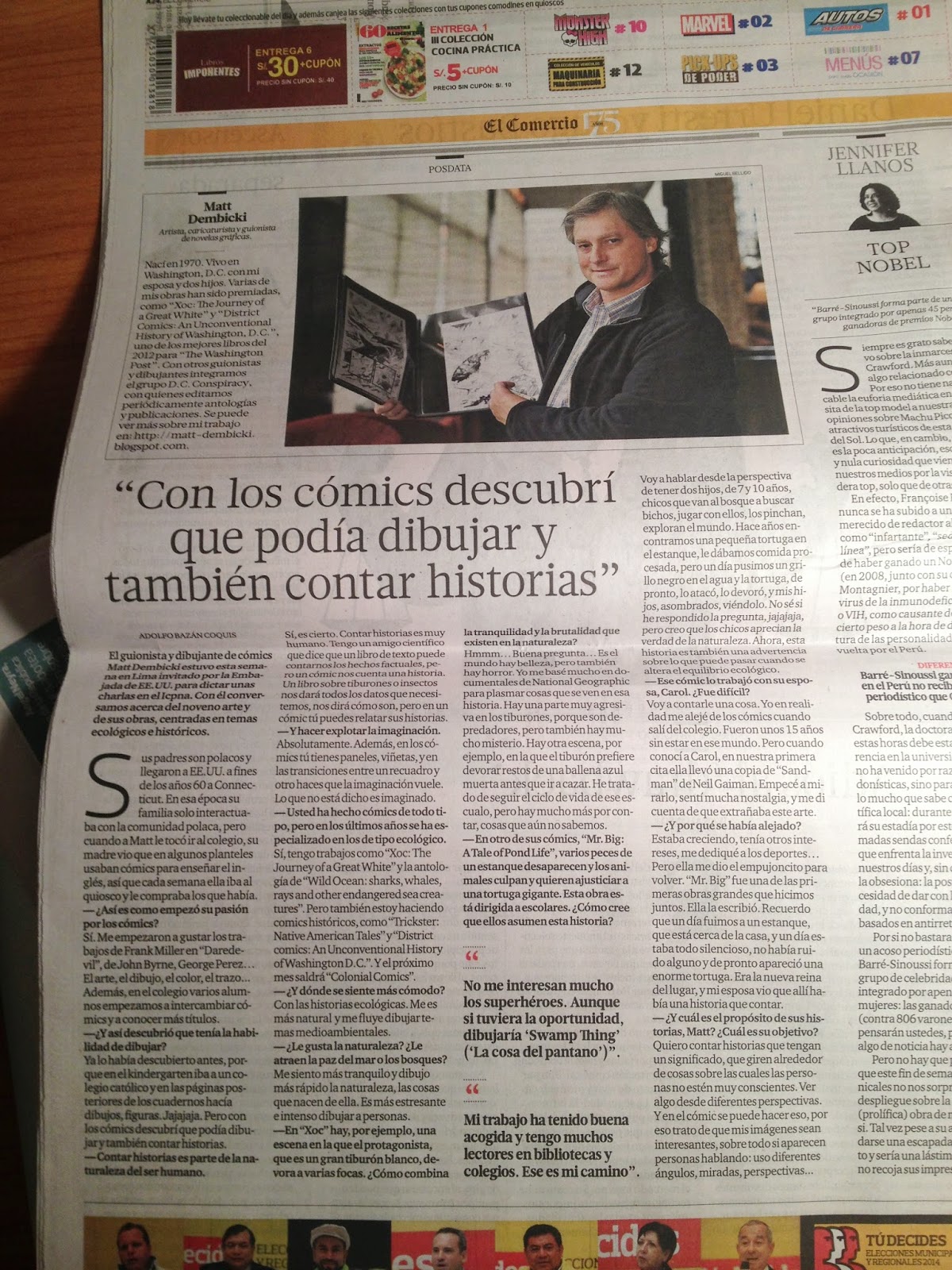 A nice write-up in the A section in El Comercio, Peru's largest daily. 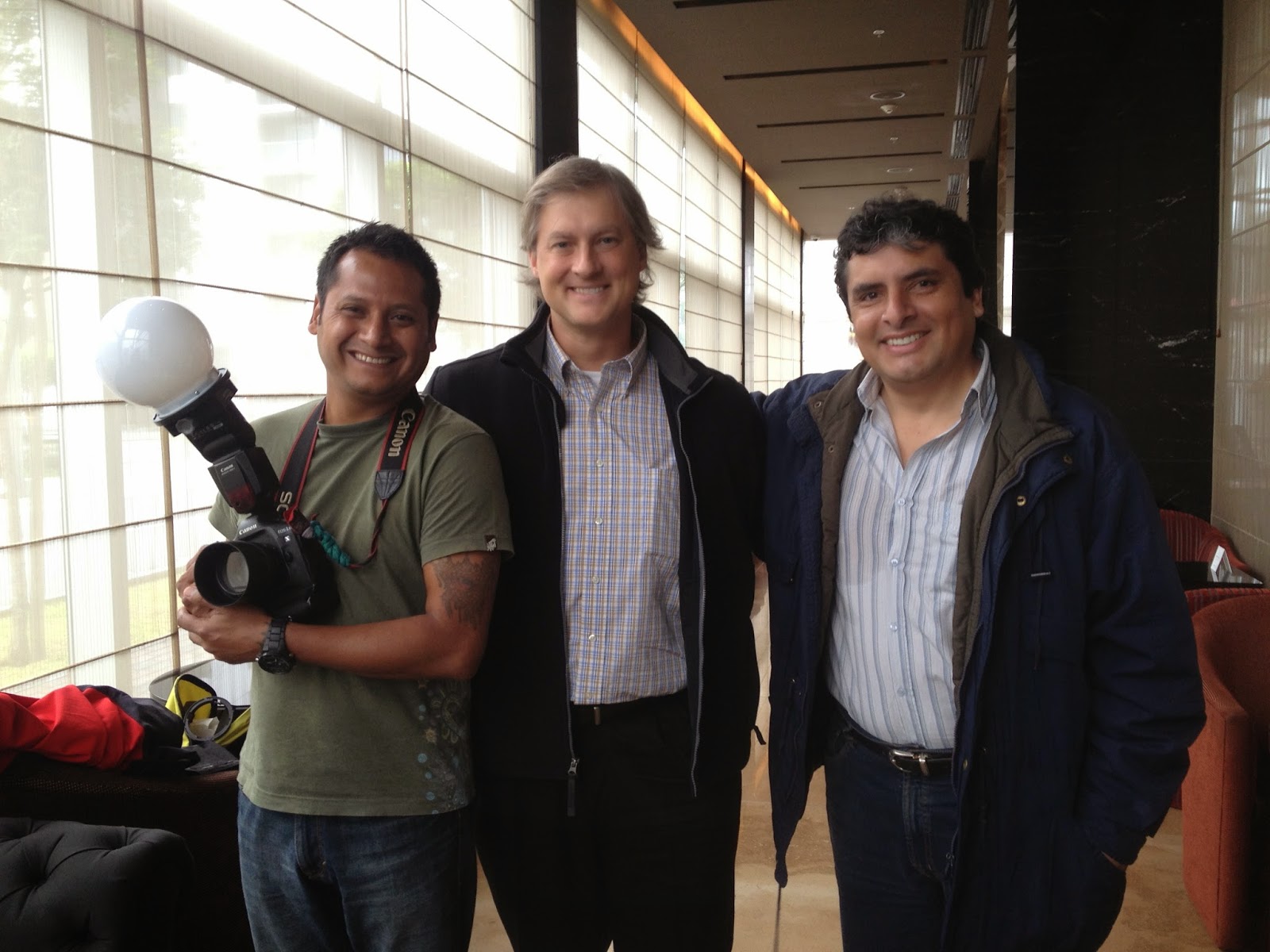 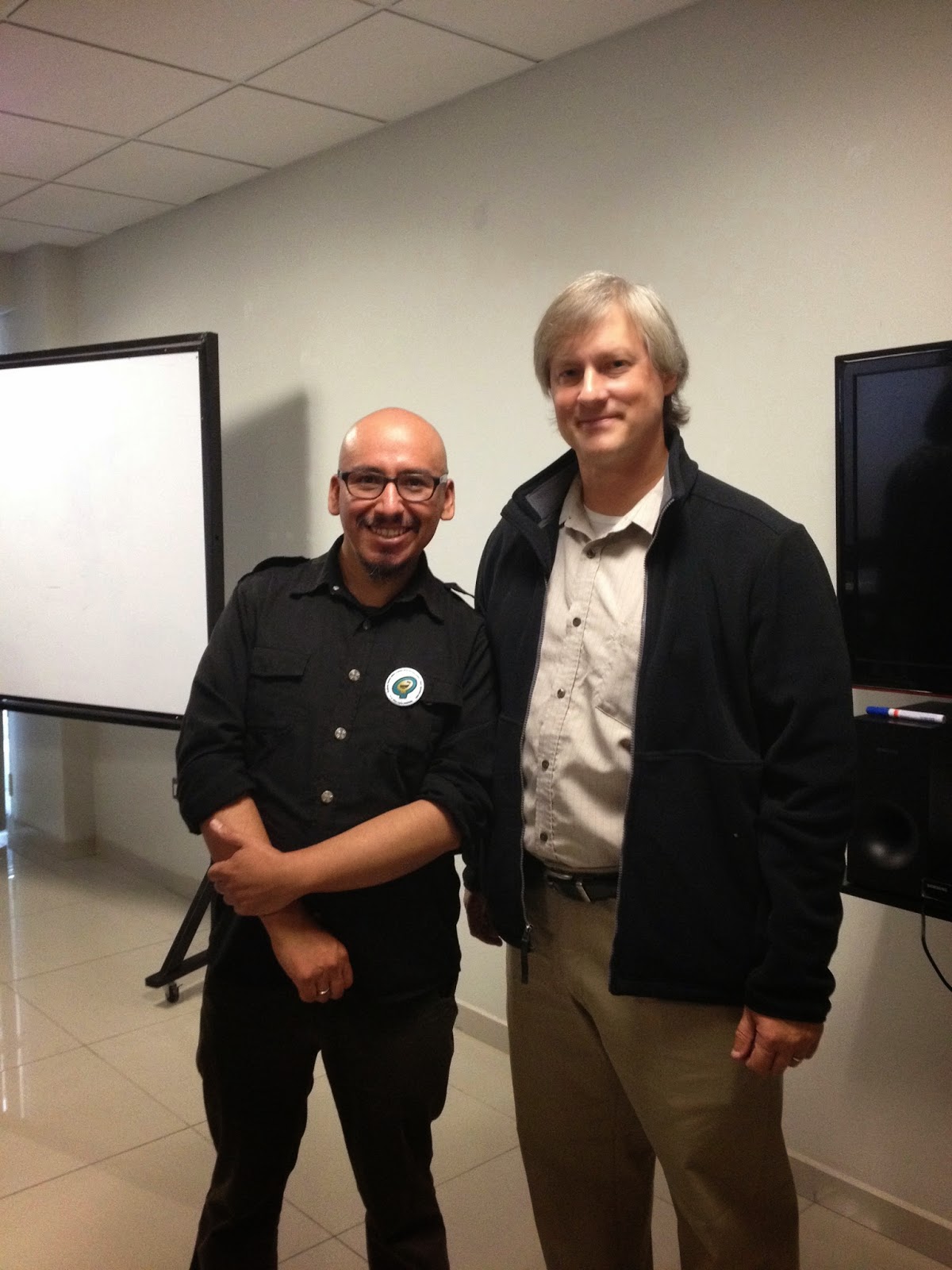 The BNC library staff at one of the center's in Lima 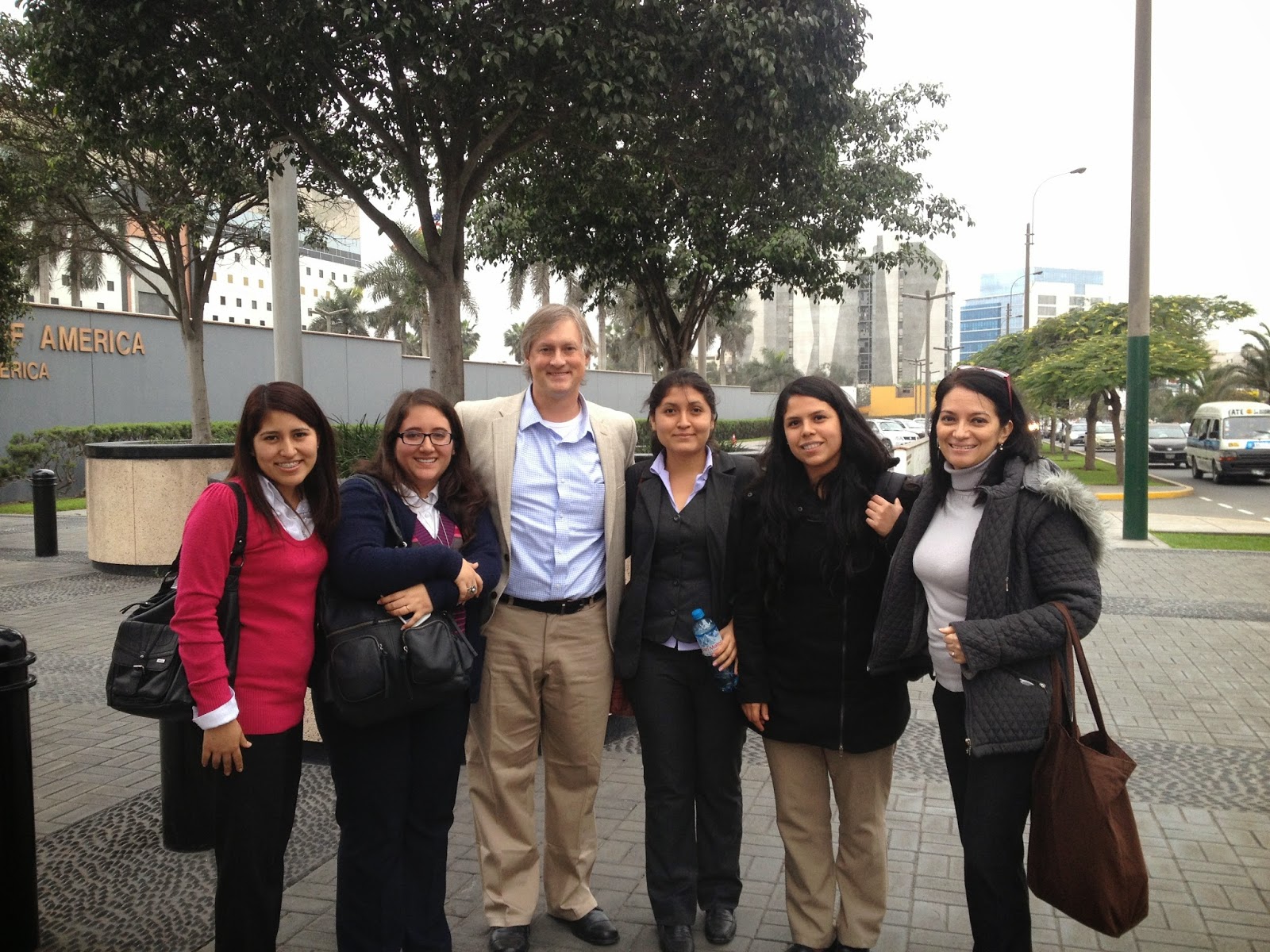 With some English-language teachers following a workshop 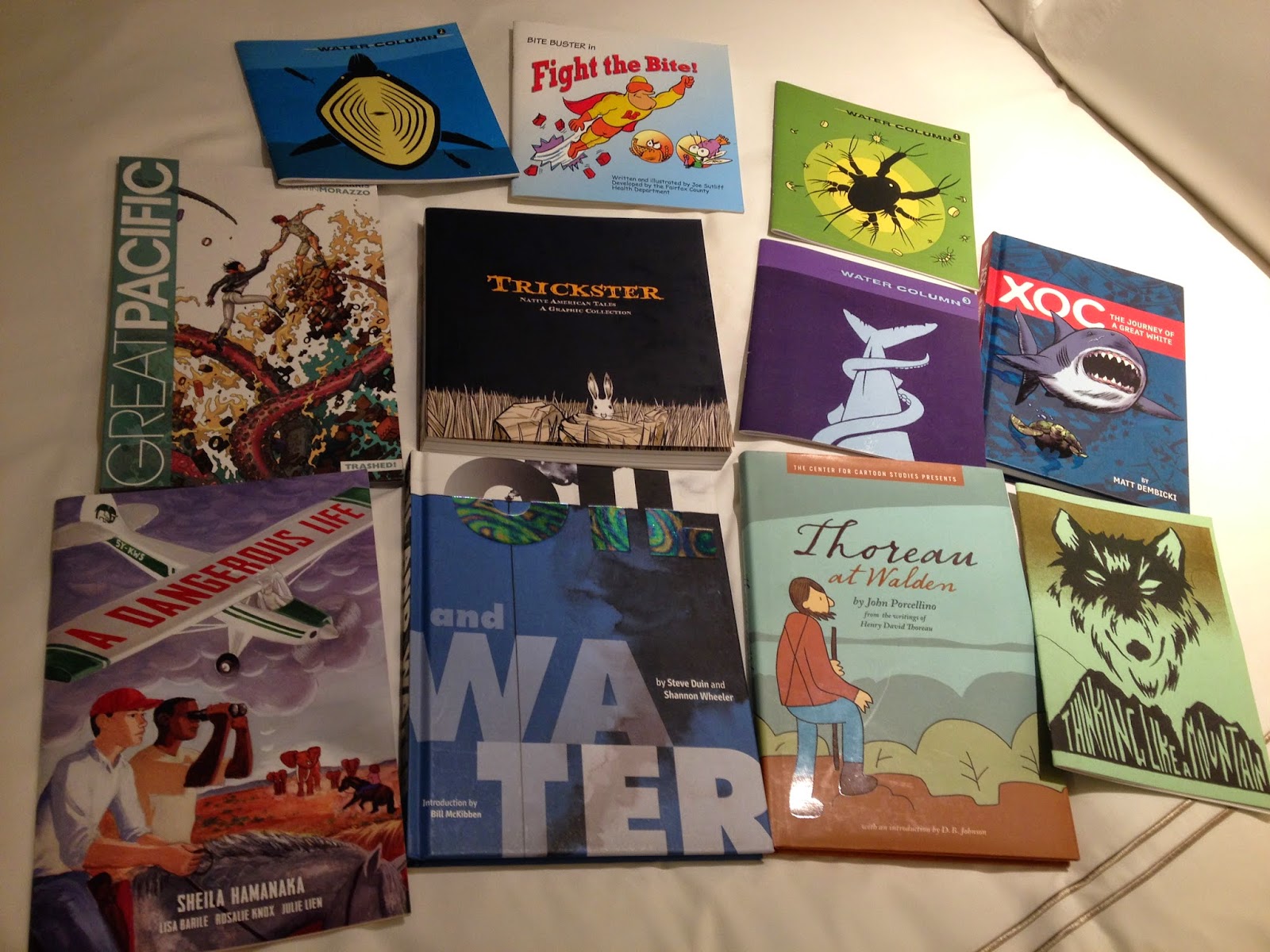 Some of the books I used as examples of comics with environmental/conservation themes. I donated these books to the BMC programs. 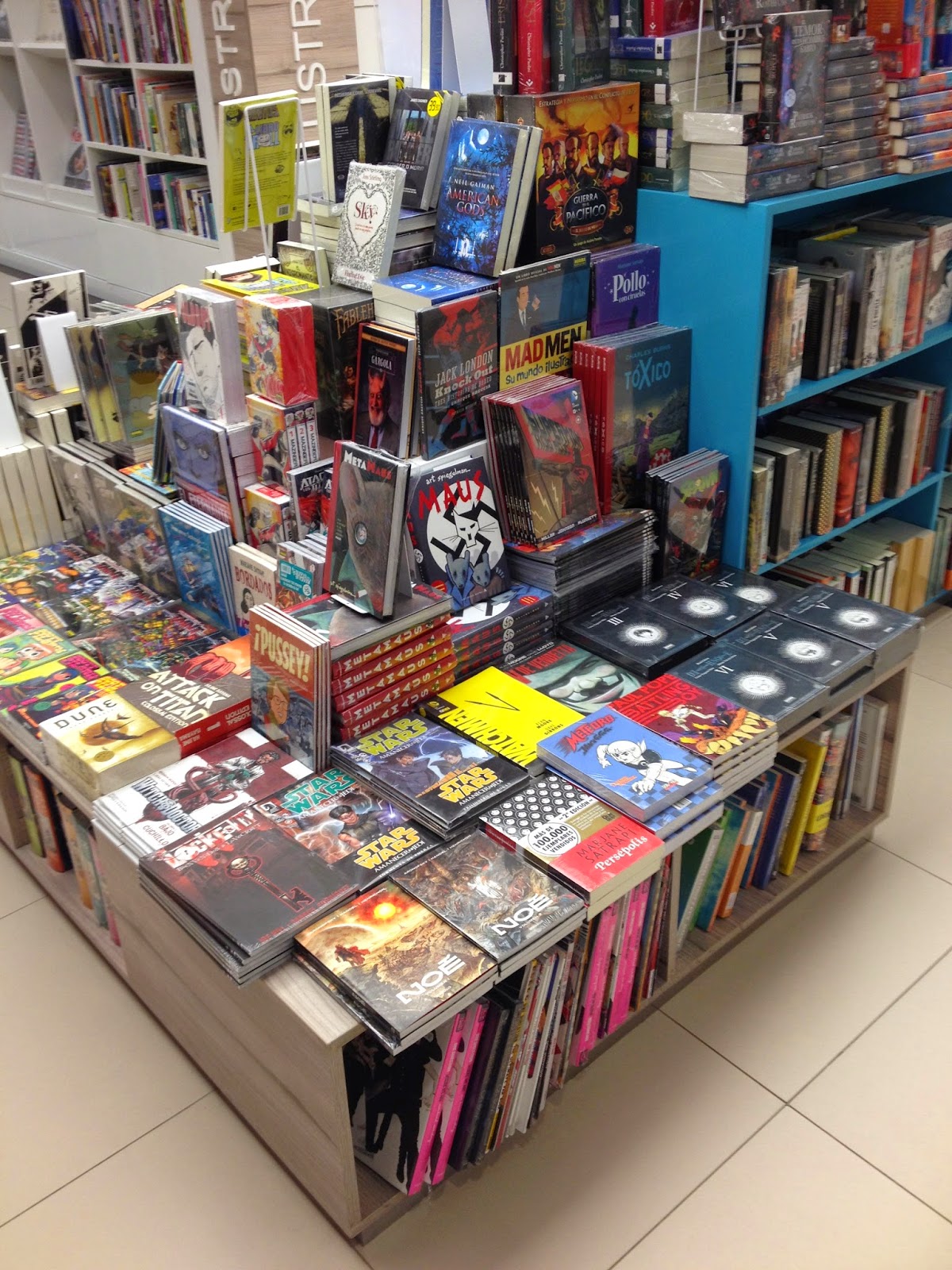 I was amazed at some of the graphic novel displays at a couple bookstores in Lima. 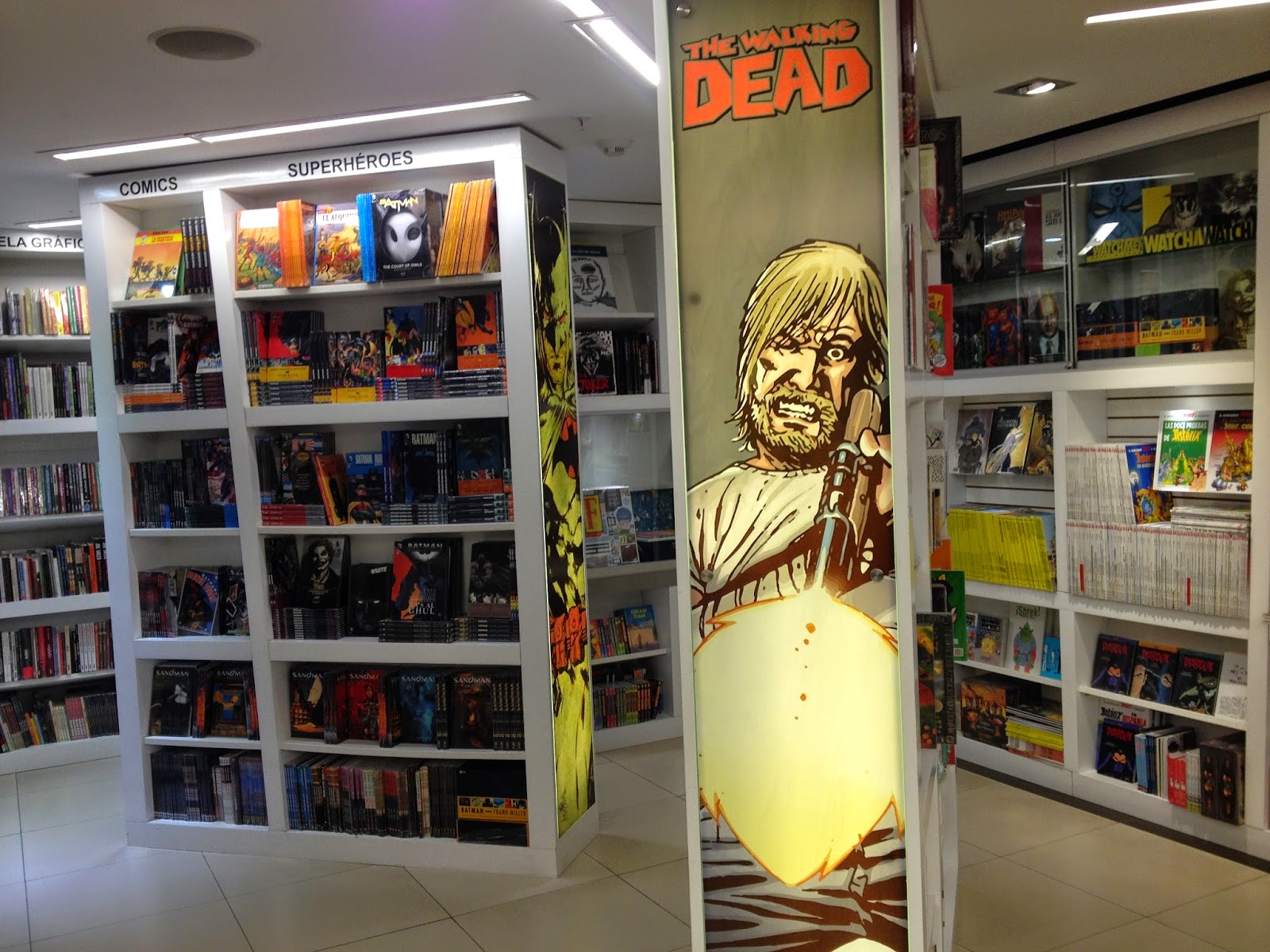 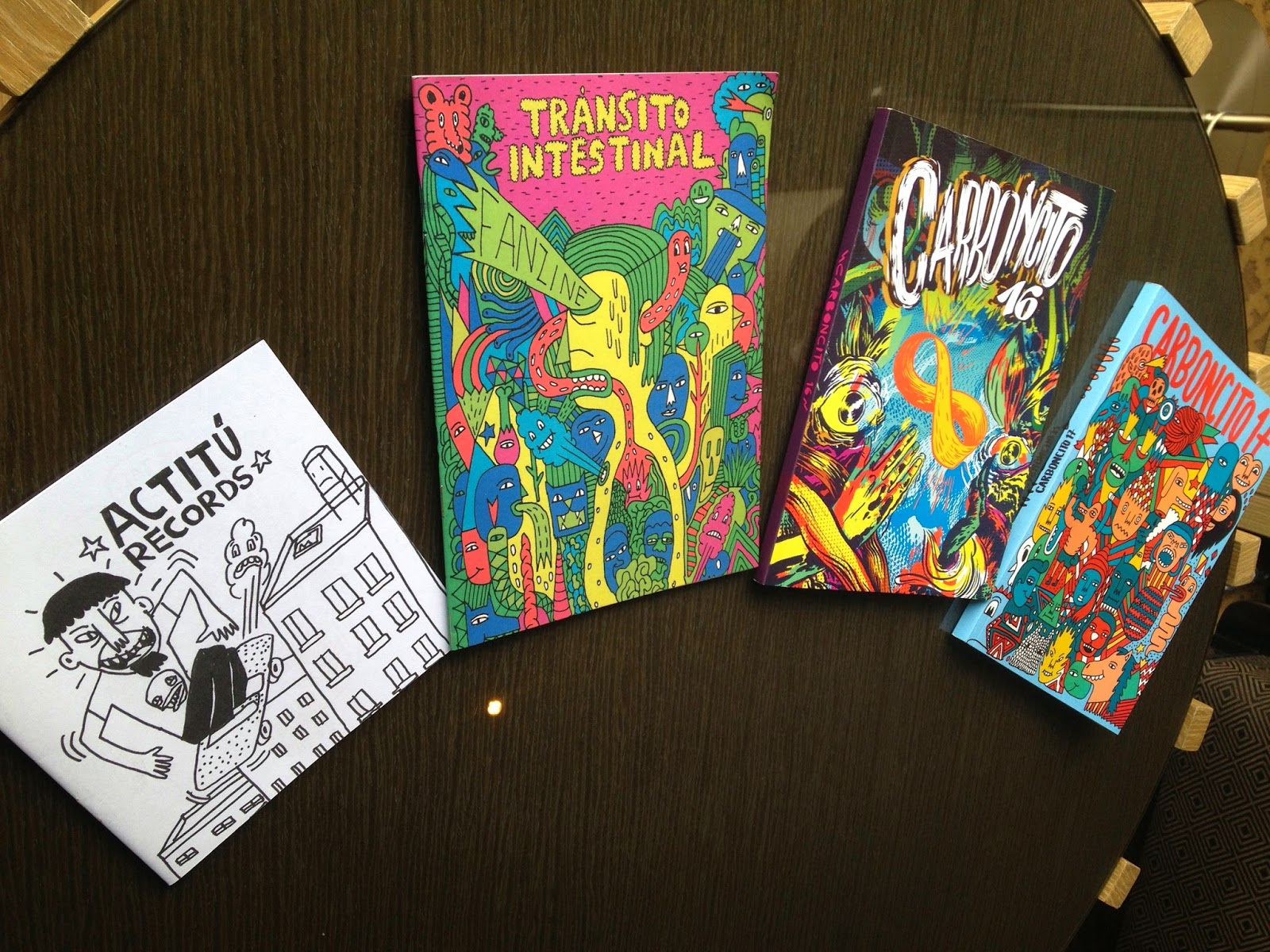 A few wonderful comics I traded for in Lima. Cartoonist Renso Gonzalez and his brother put together some amazing books. 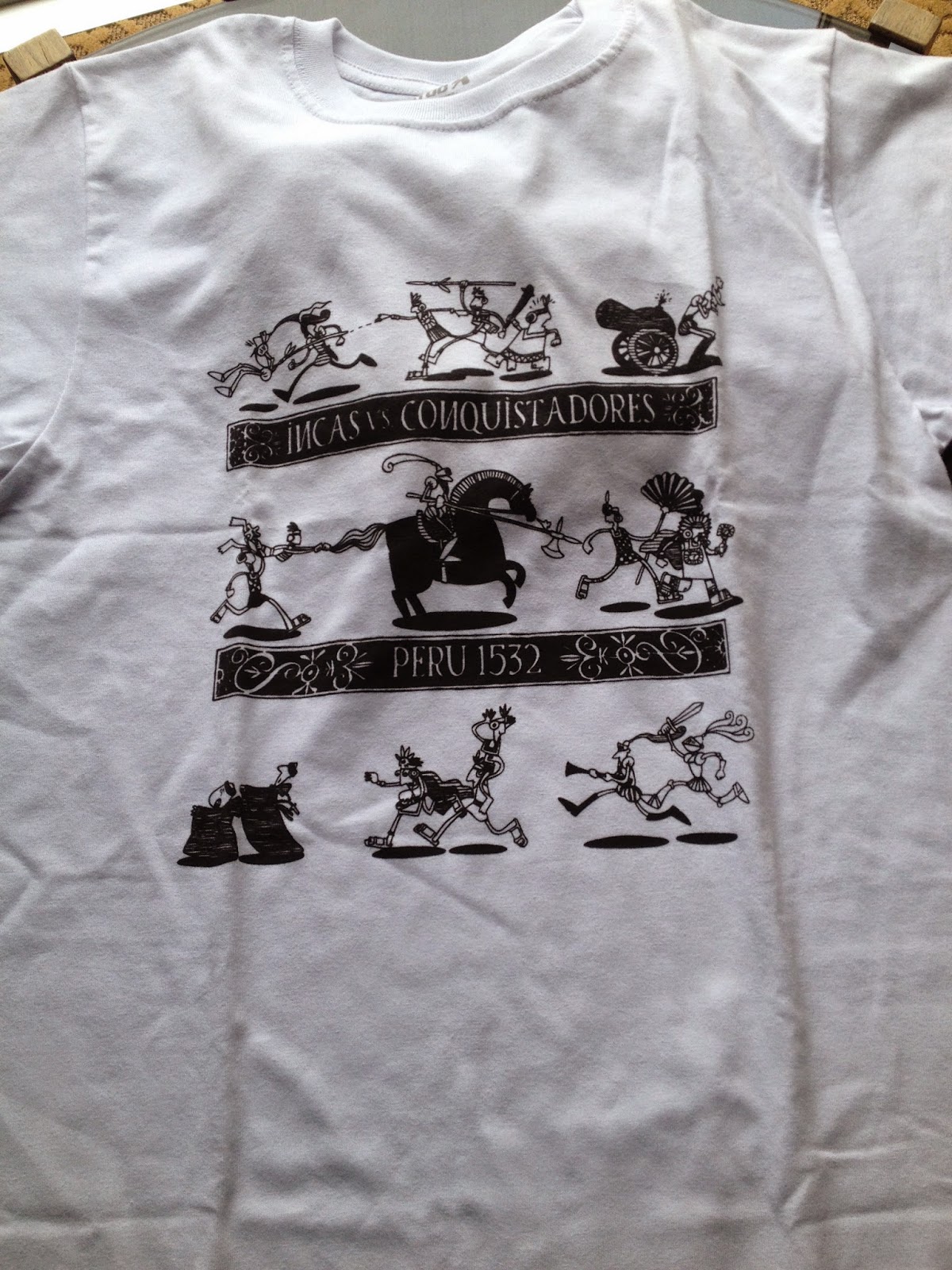 Couldn't resist getting this T-shirt for my son. 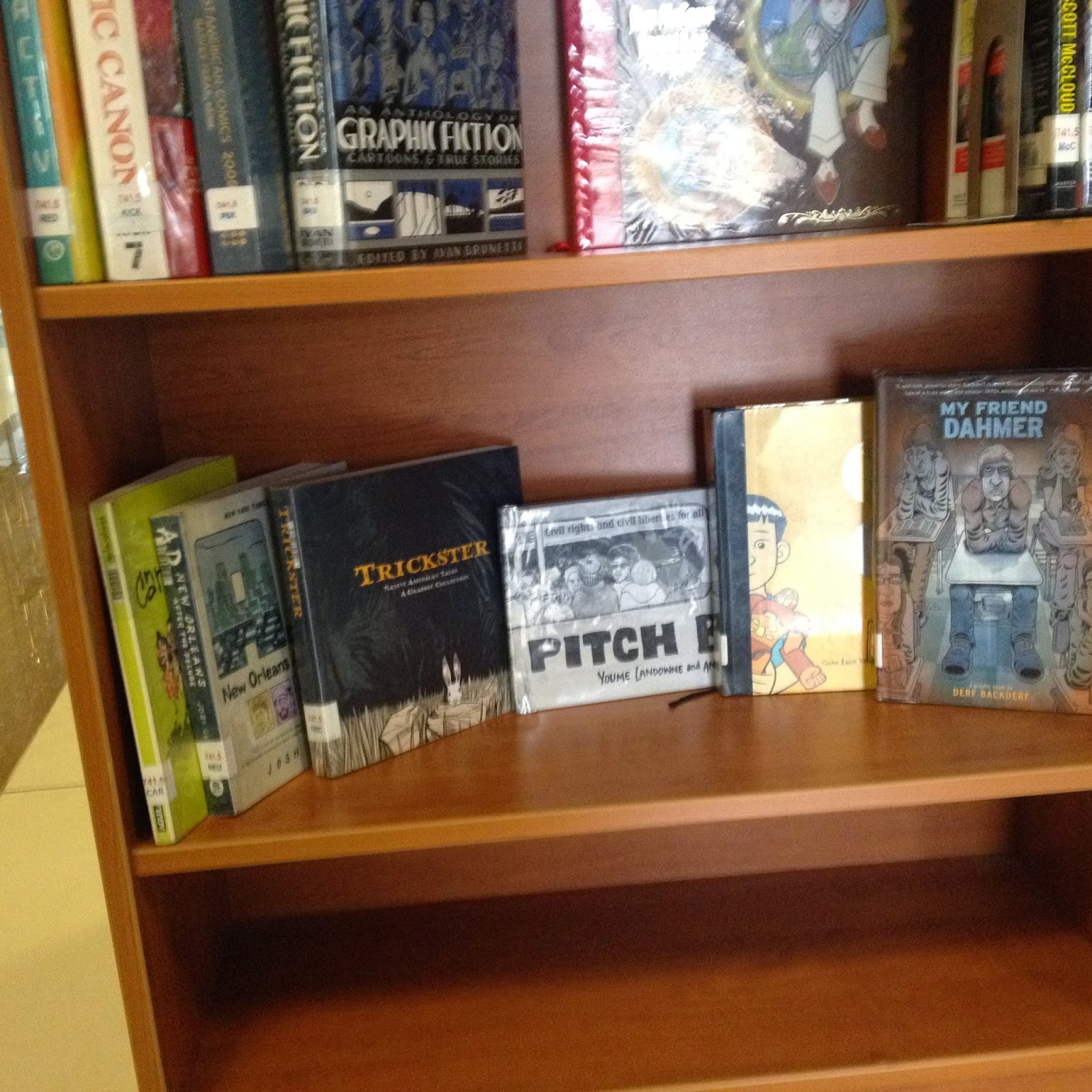 A copy of Trickster at the BNC library in Cusco
Posted by Matt Dembicki at 10:17 PM

A great article, Matt and so wonderful that you had such a prominent role in this worthy cause.
-Steve Artley

This is so awesome on so many levels Matt. Glad you enjoyed your stay there and managed to document and share some of your experiences.

Fabri RivasMar said...
This comment has been removed by the author.
12:33 PM

Matt, thanks for the visit and all the great lessons. I´ve just finished reading Mr. Big and I loved it, It´s truly inspiring.