In 2006 the Smithsonian's National Museum of American History had an exhibit of lunchboxes, many of which featured comic and cartoon characters, outside of its cafeteria. I've loaded the pictures on my Flickr site, but here's a few to whet your appetite. 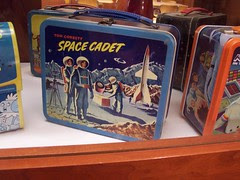 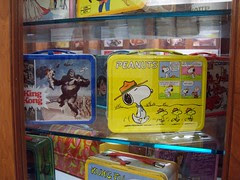 How many Peanuts lunchboxes have there been? 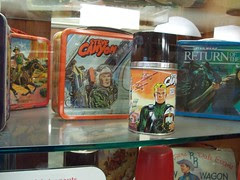 It looks like late-period Caniff, but Steve Canyon is still cool. 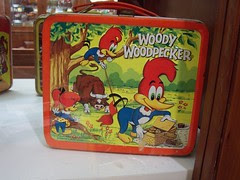 Walter Lantz's Woody Woodpecker is essentially forgotten now, but was big in its day.

More pics at the flickr link above...
Posted by Mike Rhode at 2:09 PM